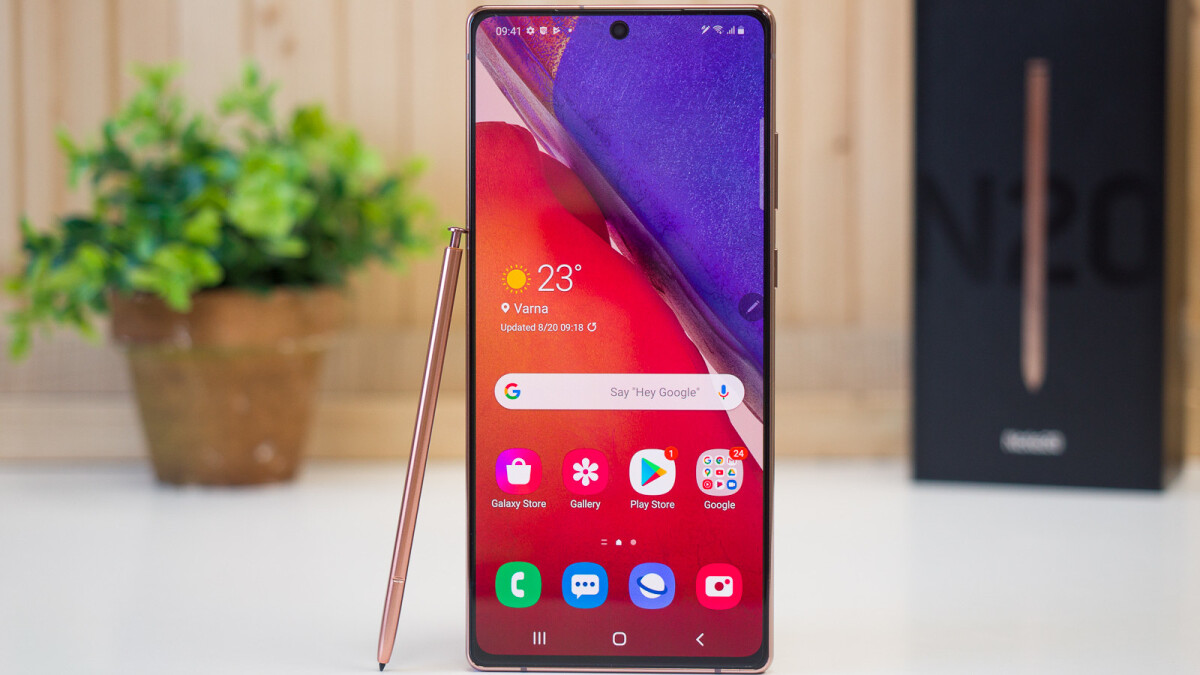 Samsung’s habitual security update for January began rolling out to Samsung Galaxy phones on December 31, and it has now made its way to both models in the Galaxy Note 20 series. In particular, it’s now available to the international models of the Galaxy Note 20, and Galaxy Note 20 Ultra.

The countries listed to receive the patch today and in the coming days are as follows:

If you happen to live in any one of these countries, you can check whether the new update has arrived to your own device by going to Settings >  Software update, then tapping on Download and install.

So, what does this month’s security update bring to the table for the Galaxy Note 20 and Galaxy Note 20 Ultra?
As it turns out, nothing new this time around, either. There’s rarely anything to these monthly updates to catch the eye of a regular user, and as usual, all that the January version brings is the patching of a few dozen more security and privacy vulnerabilities (as reported by SamMobile).

There are two different firmware versions to the January patch for the Galaxy Note 20 series. The firmware version for the fancier 5G models is N98xBXXS3EULH, while the 4G (or LTE) models will receive the N98xFXXS3EULH version.

Samsung has earned itself a reputation for releasing its monthly security patches ultra early for many of its newer flagships, sometimes even during the last days of the previous month—as was the case for this month’s updates, which technically began on December 31.

As per usual, it’s the international variants that are first to receive these security patches—so if you live in the United States, you should be seeing your own firmware version rolling out to you soon as well.

Denial of responsibility! TechNewsBoy.com is an automatic aggregator around the global media. All the content are available free on Internet. We have just arranged it in one platform for educational purpose only. In each content, the hyperlink to the primary source is specified. All trademarks belong to their rightful owners, all materials to their authors. If you are the owner of the content and do not want us to publish your materials on our website, please contact us by email – [email protected]. The content will be deleted within 24 hours.
gadget updateGalaxyJanuaryNoterollsSamsungSecuritytech boy
Share FacebookTwitterGoogle+ReddItWhatsAppPinterestEmail

How to Reboot Your Gadgets and How Often to Do It