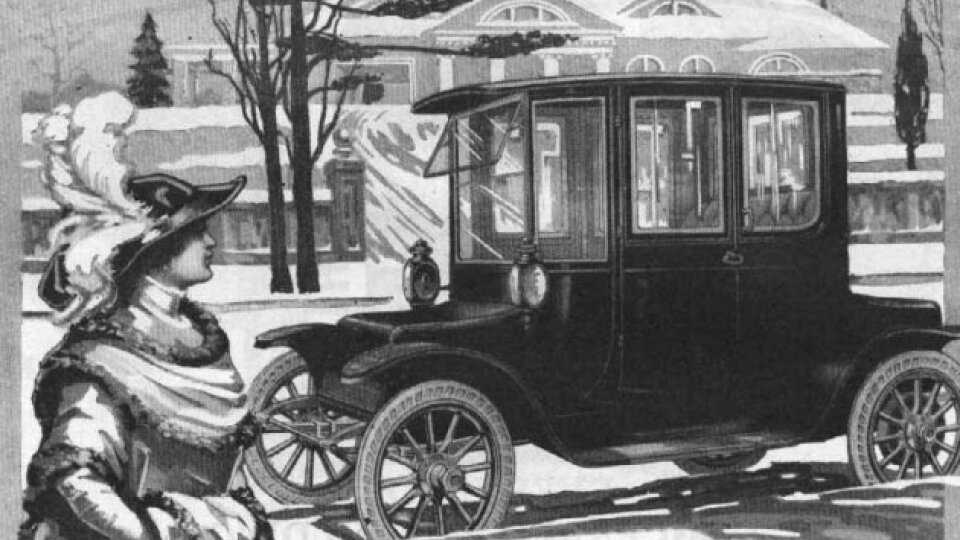 New research from Lund University shows that insufficient infrastructure was key in American car manufacturers choosing gasoline cars over electric cars in the early 20th century. If electricity grids had spread just 15 or 20 years earlier, a majority of producers would have likely opted for electric cars, according to the study published in Nature Energy.

A broad political commitment to a universal electricity grid was introduced in Franklin Roosevelt’s New Deal in the 1930s, but came decades too late.

“It is a common notion that electric cars were technically inferior and more expensive. We find that this is not entirely true. Electric cars were more expensive, but not relative to their performance. In addition, the average range was surprisingly good because early cars were light and relatively small,” says Josef Taalbi, Associate Professor of Economic history at Lund University.

In their study, Josef Taalbi and Hana Nielsen investigated the process behind why electric cars were outcompeted and gasoline cars took over. To their aid, they had a database of more than 36,000 American passenger car models. Their results emphasize that it is not always the best technology that becomes dominant.

“According to our estimates, electric cars were cheaper to drive in the 1920s thanks to cheap electricity. Switching to electric cars would have meant a reduction in carbon dioxide emissions in the order of 20 million tons of CO2 in 1920 alone,” says Hana Nielsen, postdoctoral fellow at Lund University.

Why were gasoline cars chosen? The results show that most car manufacturers chose to produce gasoline cars as early as the beginning of the 20th century. Access to local electrical infrastructure came out as the single strongest factor in predicting whether a producer chose an electric or gasoline propulsion.

“The slow expansion of electricity infrastructure meant that many producers early on chose to invest in gasoline cars instead of electric cars. Part of the problem was that the electricity market for households was not profitable for private electricity producers. A broad political commitment to a universal electricity grid was first realized in Franklin Roosevelt’s New Deal in the 1930s, but that was decades too late for the electric car. We can also see that the expansion of good road networks tended to benefit electric cars, implying that these were more dependent on the extent and quality of road networks,” says Hana Nielsen.

“Our results stress that car manufacturers chose technology based on conditions that prevailed at the beginning of the 20th century. Although the electricity network expanded in coming decades, this did not cause a shift in propulsion. By the 1910s, the industry had already become locked into a technology choice that was difficult to change,” says Josef Taalbi.

“Other factors also played a role. It has been highlighted by historians that the electric car was branded a luxury and ‘women’s car,’ while the gasoline car was seen as an ‘adventure car,’ which was appealing to male consumer groups. Exactly to what extent this contributed to the choice of technology, we cannot say in this study, but it is plausible that the electric cars were forced into a luxury niche because they were more restricted to urban environments,” says Josef Taalbi.

What, then, would have happened if the electricity grid had been in place earlier? “According to our models, a majority of car manufacturers would have produced electric cars, especially in urban areas. However, gasoline cars had an edge in touring and there were still other obstacles to electric cars, such as low speed. The most likely outcome is a dual transport system where the electric car could have functioned as a reliable means of transport in urban environments, while the gasoline car had great advantages as a touring car,” says Josef Taalbi.

The researchers believe that their results have clear implications for contemporary discussions.

“In connection with the current climate crisis, the results support the idea that large-scale investments in infrastructure are crucial for achieving sustainable transport and energy systems. This applies to electric cars, but also other renewable energy technologies,” says Hana Nielsen.

“Our results emphasize that lack of infrastructure or delayed measures can create incentives that not only hinder alternative technologies, but strengthen incumbent technologies,” concludes Josef Taalbi.

Denial of responsibility! TechNewsBoy.com is an automatic aggregator around the global media. All the content are available free on Internet. We have just arranged it in one platform for educational purpose only. In each content, the hyperlink to the primary source is specified. All trademarks belong to their rightful owners, all materials to their authors. If you are the owner of the content and do not want us to publish your materials on our website, please contact us by email – [email protected]. The content will be deleted within 24 hours.
Carsearlyelectricfategadget updategridslackpower
Share FacebookTwitterGoogle+ReddItWhatsAppPinterestEmail

How to obtain eco-friendly directions on Google Maps and…