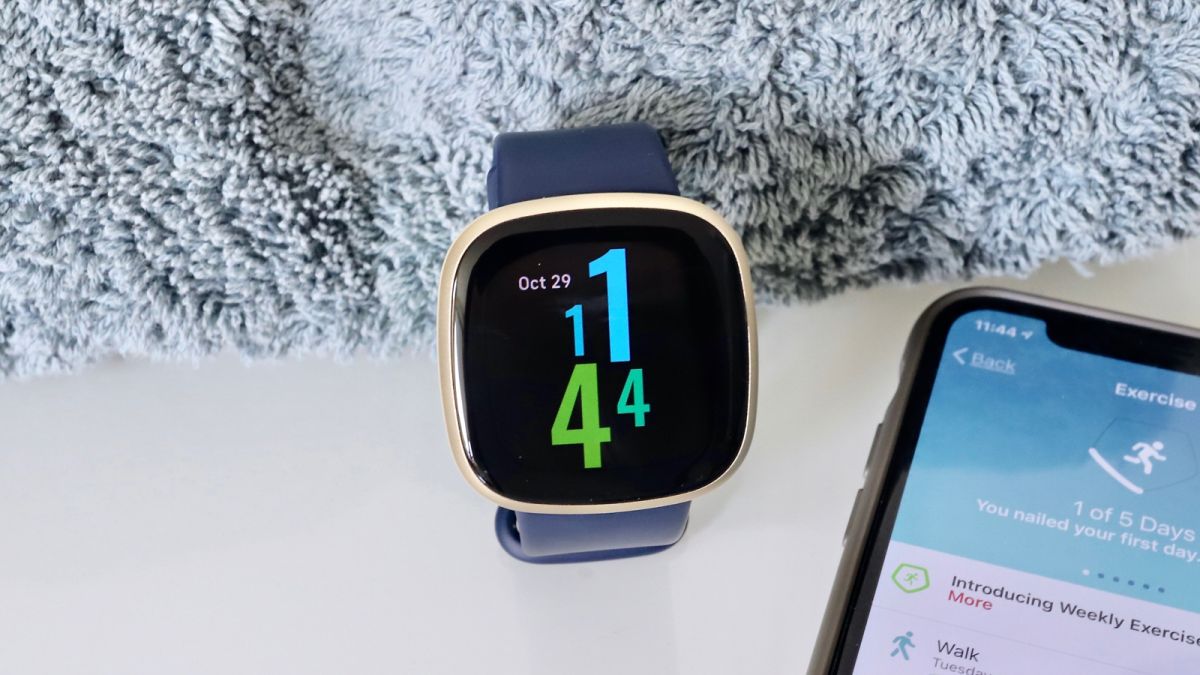 Successors to the Fitbit Sense and the Fitbit Versa 3 smartwatches are due sometime this year, and we now have a better idea of what the new devices are going to look like, thanks to an extensive series of leaked images.

The pictures come courtesy of 9to5Google (opens in new tab), and while the new models don’t look drastically different from the old ones, there are a few design refinements that are worth highlighting. We’re expecting the wearables to be officially unveiled any day now.

Perhaps the most notable shift is the introduction of physical buttons to replace the capacitive ones built into the casing – the latter can help in terms of keeping the size of the device down, but they are also more difficult to operate on the wrist.

The original Fitbit Sense carried a stainless steel ring used to take electrocardiogram (ECG) readings, and it would seem that on the Fitbit Sense 2 this has been fitted more neatly into the screen and casing, for a more polished overall aesthetic look.

Both the Sense 2 and the Fitbit Versa 4 would appear to be sticking with the same magnetic chargers as their predecessors, while slight tweaks underneath the casing could point to the introduction of some new sensors. It looks as though GPS and 50-meter water resistance are coming to both wearables.

We’ve known for a while that these new smartwatches are on the way, but a rumored spring launch didn’t happen. They appear to be moving through the regulatory process now, and Fitbit will want to get them on sale before the all-important holiday season.

Analysis: no signs of Google yet

Fitbit became part of the Google family way back in 2019, but we’re yet to see any real evidence of the deal: Fitbit’s products haven’t changed dramatically since then, and the Fitbit and Google Fit apps remain completely separate from each other.

The current Fitbit smartwatches don’t run Wear OS, and it doesn’t look as though the new ones will either. For the time being, you need a third-party app to sync your stats from Fitbit to Google Fit – that’s strange considering the companies are now working together.

We’ll have to wait and see what software tweaks might come with the arrival of the Fitbit Sense 2 and the Fitbit Versa 4. It’s possible that there will be extra support for Google Fit, or something else in terms of app integration and compatibility. Time will tell.

What we do know is that the Google Pixel Watch is on the way, which may be the future of smartwatches developed by Google and Fitbit. It’s not necessarily certain that we’re going to get a Fitbit Sense 3 or a Fitbit Versa 5 in the future.

Denial of responsibility! TechNewsBoy.com is an automatic aggregator around the global media. All the content are available free on Internet. We have just arranged it in one platform for educational purpose only. In each content, the hyperlink to the primary source is specified. All trademarks belong to their rightful owners, all materials to their authors. If you are the owner of the content and do not want us to publish your materials on our website, please contact us by email – [email protected]. The content will be deleted within 24 hours.
Fitbitgadget updateImagesLeakedsenseshowtech boytech news
Share FacebookTwitterGoogle+ReddItWhatsAppPinterestEmail