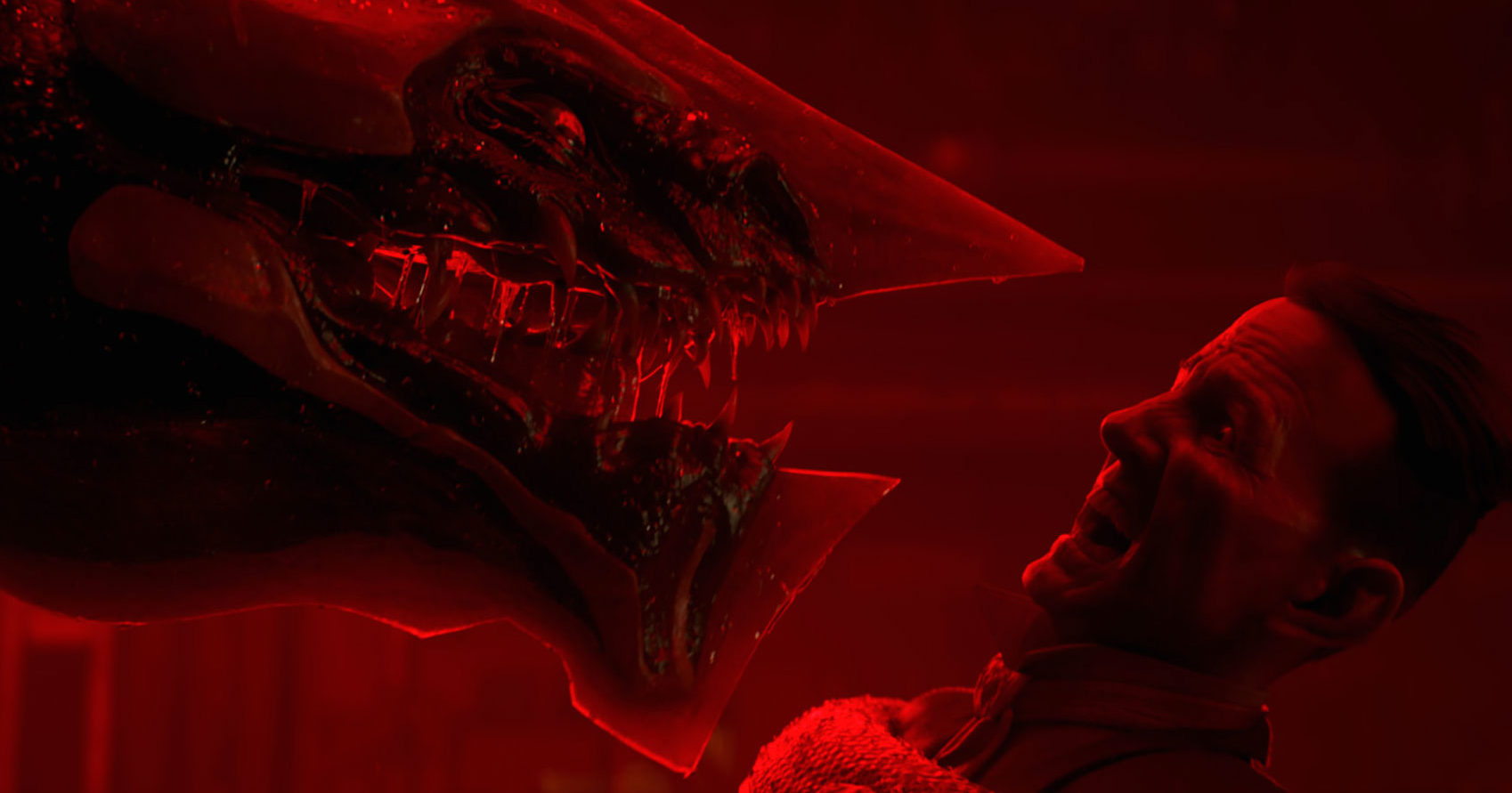 ‘Love, Death & Robots’ Is Growing Up

Geek’s Guide to the Galaxy host David Barr Kirtley was pleased to see the show move in a more serious direction, after a first season that seemed primarily aimed at teenage boys. “This show started as an attempt to reboot Heavy Metal, so it did have that kind of aesthetic,” he says. “And I don’t mind that especially, but I definitely would like the show to have more of the aesthetic of just representing what’s been going on in fantasy and science fiction short stories in the last few decades.”

Unfortunately the show still feels like too much of a boy’s club, with every episode in Season 2 being adapted from a story by a male writer. Fantasy author Erin Lindsey hopes that’ll change in Season 3. “There’s no excuse for the lack of diversity in voices,” she says. “There is a ton of science fiction—including classic science fiction—written by women and people of color that need to be part of the mix here.”

But overall Love, Death & Robots remains a rare treat for sci-fi fans. Humor writer Tom Gerencer hopes that future seasons will adapt stories from talented authors such as Robert Sheckley. “Please keep up the good work,” Gerencer says. “I absolutely love this. I’m so psyched that there’s something like this out there, that it exists.”

Listen to the complete interview with Zach Chapman, Erin Lindsey, and Tom Gerencer in Episode 469 of Geek’s Guide to the Galaxy (above). And check out some highlights from the discussion below.

“For me—and I think for a lot of people—[the problem with Season 1] wasn’t boobs per se, or sex per se, or violence per se. It was about sexual violence and gratuitous sex and adolescent male gaze and all the rest of it, and there’s an important distinction between those. And kudos to them—I hope it’s not a coincidence—for taking that on board and really showing with Season 2 that you don’t need to do that. But on the flipside, to then have eight episodes that are all written by dudes—and if I’m not mistaken, all white dudes—it seems to me that goes beyond being tone deaf and almost feels like a deliberate middle finger. I don’t know. Maybe I’m overreacting, but I just don’t think you can make that mistake twice and not know it.”

“I think they did a really nice job with it. I was a little bit thrown by the design of the robot for two reasons. One, I didn’t really see how that design could be useful from a maintenance perspective, and two, as brilliant as the solution is—where he figures out that what is triggering the targeting is motion, and so he uses his flashlight to create motion—what he’s essentially doing is the laser pointer trick, where you mess with your cat, against the wall. And the fact that the robot had a fairly feline design, I seriously expected the [episode] to break into absurd humor at the end, where he’s like, ‘Whee, I’m playing with my robot cat.’ And it kind of ripped me right out of the mood.”

Tom Gerencer on “Snow in the Desert”:

“In the opening scene [Snow] goes to this kind of pawn broker-type seedy alien character to buy his ‘stuff,’ and you get the idea that it’s some kind of drug or it’s something that he needs, and then it turns out to be strawberries, and I thought that was really cool. I love the whole Mad Max vibe to it, I love the character. Just something about a character—and granted he regenerates, so it’s not that hard for him&mdsh;but something about a character who loses a hand and just kind of shakes it off, is really cool to me. There was a great moment where there was a shooting star that went over. Just so many great moments in this one.”

“I felt like this is basically just Blade Runner with kids instead of replicants, and it has the same aesthetic as Blade Runner, which made me feel like, ‘I already saw Blade Runner. I don’t know if I really need to watch this.’ Also it’s the standard dystopian story, like in Fahrenheit 451, where you have the agent of the dystopia who realizes that what he’s been doing is wrong and joins the resistance, so that was very predictable to me. … Then I read the short story, and the short story worked really well for me. To me this is another one where I think if this were 20 or 25 minutes, it would have been great, but it was just too rushed.”

Denial of responsibility! TechNewsBoy.com is an automatic aggregator around the global media. All the content are available free on Internet. We have just arranged it in one platform for educational purpose only. In each content, the hyperlink to the primary source is specified. All trademarks belong to their rightful owners, all materials to their authors. If you are the owner of the content and do not want us to publish your materials on our website, please contact us by email – [email protected]. The content will be deleted within 24 hours.
deathgadget updateGrowingloverobotstech boytech newstech news boy
Share FacebookTwitterGoogle+ReddItWhatsAppPinterestEmail

Prepping for a test: Did Jeff Bezos push Byju Raveendran to hurry the billion-dollar Aakash buy?