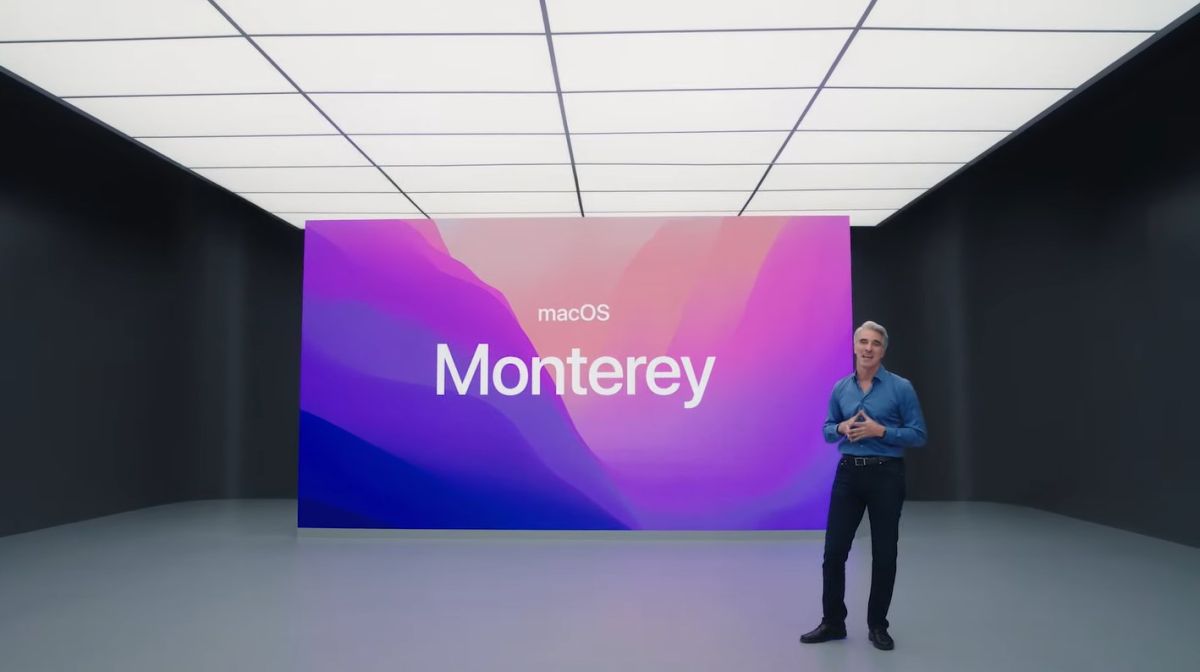 Today at Apple’s WWDC 2021 event we learned a lot about macOS 12, now formally named macOS 12 Monterey. It’s due out this fall, with a public beta expected in July (the developer beta is live now), and Apple has one big theme for its new OS: continuity.

In keeping with that theme, today the company showcased a few key new features coming to macOS with Monterey that should make it easier for Apple product owners to transfer their work across macOS, iOS, and iPadOS devices.

This is a big deal because Apple’s Mac business appears to be moving from strength to strength this year, delivering critically acclaimed revisions of its popular laptops and desktops packing the company’s powerful new M1 chips.

High sales of M1-powered MacBooks have generated record revenues for Apple, and if you’ve kept tabs on our ongoing Mac coverage (like our MacBook Pro with M1 review and our MacBook Air with M1 review) you know that macOS 11 Big Sur plays more than a bit part in their current popularity. Now that macOS 12 Monterey is nearly here and practically begging to be used in tandem with other Apple devices, it appears Apple is intent on giving MacBook owners more incentives to use Apple hardware.

Here’s what we know so far about macOS 12 Monterey.

While we don’t have exact dates yet, we do know that macOS 12 Monterey will be released in the fall of 2021. Apple has also said that it plans to release a beta version to the public in July, following the launch of a developer beta today (June 7th).

This is right in line with Apple’s playbook for new macOS releases: announce a big new macOS update at WWDC in the summer, follow it up with a series of betas, then ship the final product in the fall.

It’s possible we may also see some confirmation that the 2021 edition of macOS will be compatible with the next generation of Apple Silicon, currently rumored to be the M2 chip. Little is yet known about the successor to Apple’s remarkable M1 chip, but it seems likely to make an appearance in the rumored 16-inch MacBook Pro refresh that’s expected to debut in the latter half of the year.

Since the big watchword for macOS 12 Monterey is continuity, Apple today highlighted a few key new features in the new OS which make it easier to share work and files across multiple Apple devices.

Universal Control: Perhaps the most futuristic feature coming to macOS 12 Monterey, Universal Control effectively allows you to share a single keyboard and mouse across multiple Apple devices that are in close proximity to your macOS PC.

Here’s how it works, according to Apple: when you place an iPad near your macOS 12 Monterey device (a new Apple iMac 2021, for example) and move your mouse to the edge of your screen nearest the external device, you’ll see a new cursor animation. If you keep pushing your cursor against the edge of the screen it should move off and appear on your iPad’s screen, allowing you to use your mouse and keyboard on the tablet.

Apple also revealed that you can use Universal Control to drag and drop files across multiple devices, effectively giving a more skeumorphic feel to the process of AirDropping files from your iMac to iPad or iPhone, and vice versa.

Airplay to Mac: Speaking of AirDropping, now you can also use iOS and iPad devices to Airplay media directly to your iMac or MacBook running macOS 12 Monterey. This could be a great way to make use of the excellent speakers on the new 24-inch iMac 2021, for example.

Shortcuts come to macOS: The popular Shortcuts app from iOS is making the leap to macOS, allowing you to set up custom shortcuts and routines on your iMac/MacBook that you can then run from Siri, the Finder, the Dock, and other areas of macOS Monterey.

Safari: Apple is launching a redesign of Safari alongside macOS 12 Monterey that will see the browser’s tabs get smaller and organizable into “tab groups”, a la Google Chrome. Safari will now auto-update tab groups across all your devices, too, and so Safari on iOS and iPadOS is also getting updated with a new look and support for tab groups.

Speaking of new looks, Safari is also getting a new feature that allows it to adopt the color scheme of whatever website you happen to be looking at, shifting in real time as you switch between tabs.

Courtesy of Apple, here’s the full list of MacBooks and iMacs that will be compatible with macOS 12 Monterey when it launches this fall:

With its renewed focus on continuity, macOS 12 Monterey looks like a clear play on Apple’s part to strengthen the ties that bind Mac users into Apple’s walled garden of devices and services.

That’s not necessarily a bad thing, of course — many of the new macOS 12 Monterey features seem quite useful, and using Universal Control to drag and drop images doodled on an iPad or iPhone directly into an open document on your MacBook seems downright futuristic.

The bottom line is that if you already own multiple Apple devices, macOS 12 Monterey should offer you some interesting new ways to use them in tandem with your MacBook or iMac. If you don’t own any other Apple devices, Monterey may not offer you much — other than the temptation to go out and splurge on some new hardware.

Denial of responsibility! TechNewsBoy.com is an automatic aggregator around the global media. All the content are available free on Internet. We have just arranged it in one platform for educational purpose only. In each content, the hyperlink to the primary source is specified. All trademarks belong to their rightful owners, all materials to their authors. If you are the owner of the content and do not want us to publish your materials on our website, please contact us by email – [email protected]. The content will be deleted within 24 hours.
betacompatibilitydatefeaturesgadget updatemacOSMontereyrelease
Share FacebookTwitterGoogle+ReddItWhatsAppPinterestEmail