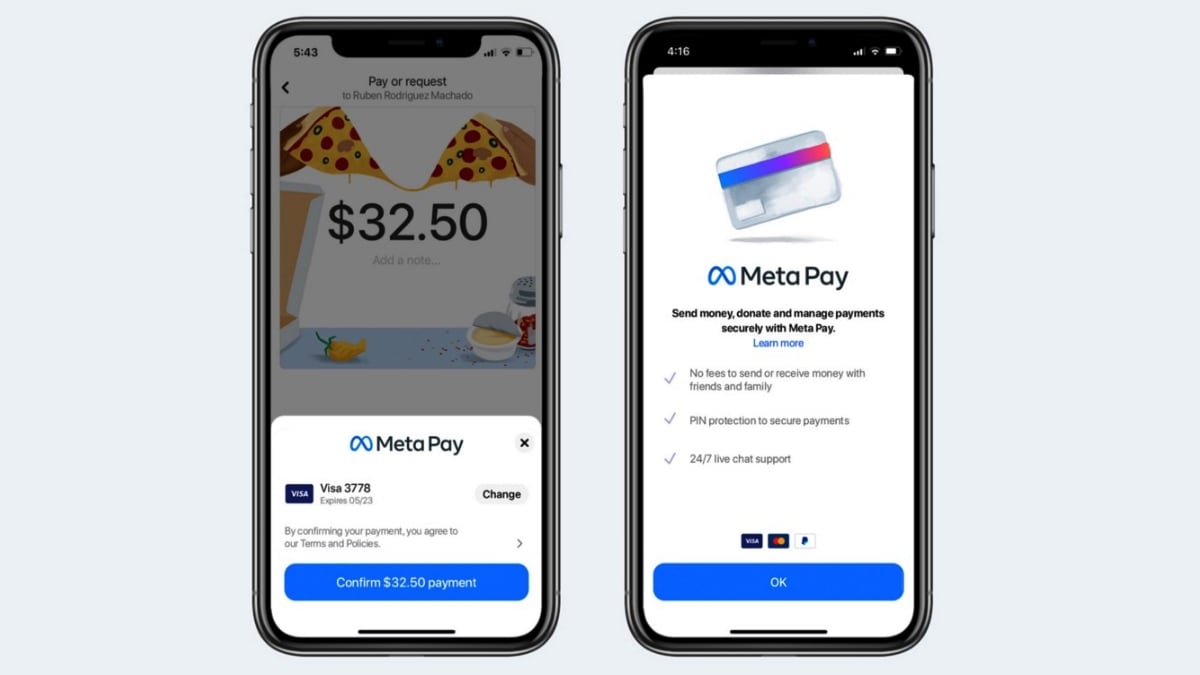 Meta, formerly Facebook, is venturing deeper into the arena of metaverse and Web3. In a latest development, the company has launched its own wallet service as a universal payment mode that could be used in physical as well as the virtual world of the metaverse. The name of this wallet service is Meta Pay, which is essentially an evolution of Facebook Pay. Using Meta Pay will open accessibility to a wider array of digital goods that will bring along their proofs of ownerships, the company claims.

“Beyond the current features, we’re working on something new: a wallet for the metaverse that lets you securely manage your identity, what you own, and how you pay,” Zuckerberg, 38, said in his post.

Zuckerberg has said that, in the Web3 world, the proof of ownership will gain more importance in the coming days as creators will start working on digital clothing, art, and videos tailored for an immersive metaverse experience.

Hence, in the future, everything purchased in one part of the metaverse could be required to be available on another platform, with the same functions and traits.

This is what Meta is aiming at providing.

“There’s a long way to get there, but this kind of interoperability will deliver much better experiences for people and larger opportunities for creators. That is, the more places you can easily use your digital goods, the more you’ll value them, which creates a bigger market for creators,” Zuckerberg’s post noted.

Stephane Kasriel, the head of commerce and financial technologies at Meta, shared glimpses of Meta Pay’s interface on Twitter.

As Mark announced earlier this week, Facebook Pay is now Meta Pay, rolling out in the :us: first and globally over time. Meta Pay is still the easy and secure way to shop, send money & donate to causes across our technologies. :thread: [1/6] pic.twitter.com/ITrLxlazwl

Meta Pay has started rolling out in the US, and is slated for a global release gradually.

As part of its future plans, Meta is looking for ways to make logging-into digital wallets and other accounts more convenient in Virtual Reality (VR).

“We are at a unique time and place where we have the resources to do this and the world is ready for it. By some estimates, this is a $3 trillion (roughly Rs. 2,36,27,850 crore) opportunity — that being the amount a fully realised metaverse could add to the global GDP,” Kasriel noted in a Medium post.

The announcement of Meta’s one-stop-wallet for storing all digital assets and accessing them in different metaverses comes at a time with Zuckerberg is integrating more Web3 elements to the functioning of social networking apps under his control.

Earlier this month, Meta said it will soon begin testing the display of non-fungible tokens (NFTs) on Instagram Stories using its augmented reality platform named Spark AR. The blockchain networks that are supported for the feature include Ethereum and Polygon, with Flo and Solana launching soon.

Meta also recently joined Microsoft and Nvidia among others, to form the Metaverse Standards Forum. The group intends to foster development of industry standards that would make the companies’ nascent digital worlds compatible with each other, supporting inter-operatibility.

Denial of responsibility! TechNewsBoy.com is an automatic aggregator around the global media. All the content are available free on Internet. We have just arranged it in one platform for educational purpose only. In each content, the hyperlink to the primary source is specified. All trademarks belong to their rightful owners, all materials to their authors. If you are the owner of the content and do not want us to publish your materials on our website, please contact us by email – [email protected]. The content will be deleted within 24 hours.
AnnounceddigitalFacebookgadget updateMarkmark zuckerbergMETAmeta pay launched digital payments metaverse cryptocurrency
Share FacebookTwitterGoogle+ReddItWhatsAppPinterestEmail

Here are the (leaked) specs of the Nothing Phone 1