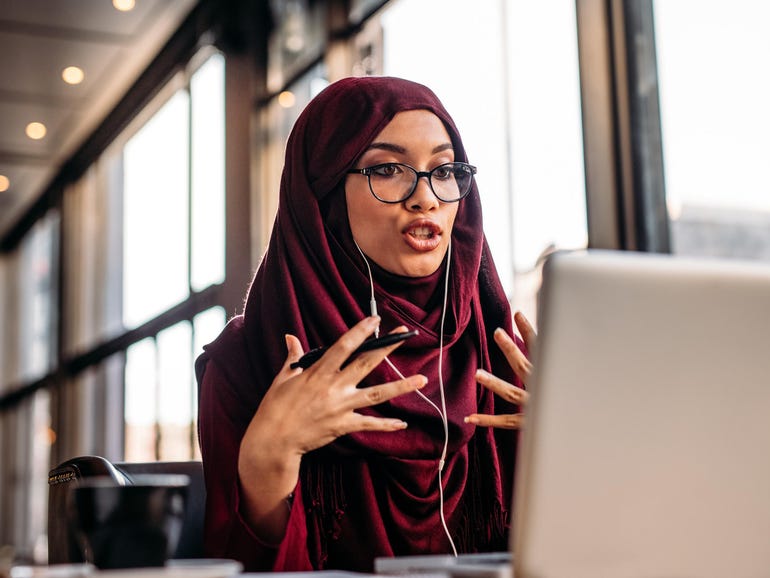 Microsoft Teams new features: Here’s what has been added in the past month | ZDNet

Microsoft has detailed a range of new features added to its Teams collaboration and team-working software during the past month, including automatic music detection, suggested replies, a new audio-sharing option, and Firefox support for Teams on the web.

Microsoft’s April 2020 update for Teams was largely about automating controls and settings to make using its app easier when on calls and meetings.

In January, Microsoft announced a “high fidelity mode” in Teams that allowed users to control when not to suppress music if it was actually what the user wanted another user to hear. The machine learning (ML) noise-suppression feature considers all non-speech signals picked up by a mic to be noise, which is handy for those joining a meeting from a cafe, but not desired for a situation like a guitar lesson.

SEE: Remote work vs office life: Lots of experiments and no easy answers

Microsoft’s ML-based music detector displays a notification to the user when music is present, allowing them to enable high-fidelity music mode. But the feature is only available for education customers at this time, according to Microsoft. Microsoft trained a deep neural network with more than 1,000,000 audio clips containing speech and music to develop the music-detection feature.

Furthering this month’s automation goals, text predictions are available for Teams mobile chat and collaboration to save time and avoid typos. And new suggested replies in chat should help with quick responses via three “authentic” options that users can click on. Users can now also filter chats to find one-to-one or group chats and filter out meeting chats and chats with bots.

Also, the Teams device store in the Microsoft Teams Admin Center helps admins search for and buy certified Teams devices. This will help automate device setups by removing manual device-registration processes. The device store is available in North America and should be coming to international markets later this year. All major Teams-certified devices will be included in the device store.

SEE: ‘Striking a balance’: How one company is rethinking the office for hybrid work

Until now, Microsoft Teams on the web was only supported on Chrome and Chromium-based browsers like Microsoft Edge. Apple Safari and Mozilla Firefox were not supported, with users prompted to install or use the Teams desktop app for macOS or Windows. That changes now for Firefox.

For Teams on the web, users can now include audio, such as music or a voiceover, when sharing their desktop or window during a Teams meeting.

Apple iPhone and iPad users should now be able to automatically answer incoming meeting nudges or invites with their video on. This should help healthcare workers in scenarios where patient rooms require a no-touch join capability for incoming calls, according to Microsoft.

Denial of responsibility! TechNewsBoy.com is an automatic aggregator around the global media. All the content are available free on Internet. We have just arranged it in one platform for educational purpose only. In each content, the hyperlink to the primary source is specified. All trademarks belong to their rightful owners, all materials to their authors. If you are the owner of the content and do not want us to publish your materials on our website, please contact us by email – [email protected]. The content will be deleted within 24 hours.
addedfeaturesgadget updateHeresMicrosoftmonthteamstech boy
Share FacebookTwitterGoogle+ReddItWhatsAppPinterestEmail

Best MacBook Air deals of May 2022

Vivo TWS 2 ANC, TWS 2e Earphones With Up to 30 Hours of Battery Life Launched in…