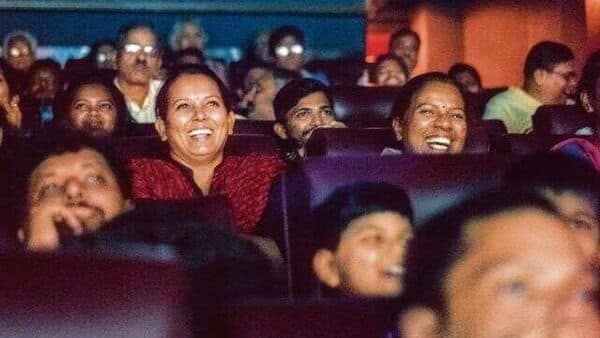 Game Engines are software frameworks designed to allow video game developers to code and plan a game. They take care of visual elements like lighting and character movements. The same characteristics can, and have been, used in producing films and TV shows in the past as well.

Now, however, experts said these tools like Unreal Engine 5 from US-based Epic Games and Unity Technologies’ Unity 2021 not only make it cheaper to use technology but also cut the production time, which reduces costs even more. Some even allow anyone to get creator licences for free.

For instance, in the March 2022 movie RRR, the filmmakers used Unreal Engine 5 to recreate forest fire and underwater action scenes.

Similarly, in a scene in Telugu movie Radhe Shyam, actor Prabhas steps out of a phone booth onto the rainy streets of London and approaches a cab. Instead of taking the whole crew to London though, the filmmakers put the backdrop of London on an LED wall, a giant screen comprising smaller sections, and shot the scene in a studio in India in just three days.

Manoj Paramahamsa, a cinematographer for Radhe Shyam, said the scene couldn’t be shot in London due to winter at the time. So, while much of the film was shot in London, this part was done in India. They shot Prabhas entering the booth in a studio in front of the LED wall and fed this footage into Unreal Engine, which provided the final output.

The merging of the real and virtual elements forms what is called the virtual production pipeline, which includes software tools such as previsualization that allow filmmakers to shoot, edit, and export scenes of a film before actual shooting starts. Such software allows a technique called In-Camera Visual Effects (ICVFX), where special effects are captured in the camera instead of post-production process. The camera captures both the virtual elements of the LED wall and the physical elements of the shot, merging them automatically. It especially became useful during the pandemic when crews couldn’t move across cities, states or countries freely.

Paramahamsa explained that platforms such as Unreal Engine existed 20 years ago too, but it was the introduction of real-time visualization that has now changed things. Further, filmmakers also take advantage of gaming features like Ray Tracing, introduced by hardware makers like Nvidia, which allows light in a virtual world to behave more realistically.

He said that VFX-based scenes that earlier took 12 days to visualize and complete are now being completed in three days using real-time rendering. “The problem with filmmakers is time against money. In filmmaking, time is very critical, because the equipment, people, everything is expensive,” he added.

Denial of responsibility! TechNewsBoy.com is an automatic aggregator around the global media. All the content are available free on Internet. We have just arranged it in one platform for educational purpose only. In each content, the hyperlink to the primary source is specified. All trademarks belong to their rightful owners, all materials to their authors. If you are the owner of the content and do not want us to publish your materials on our website, please contact us by email – [email protected]. The content will be deleted within 24 hours.
DaydriveenginesFilmmakersfilmsgadget updategaminggaming engines
Share FacebookTwitterGoogle+ReddItWhatsAppPinterestEmail