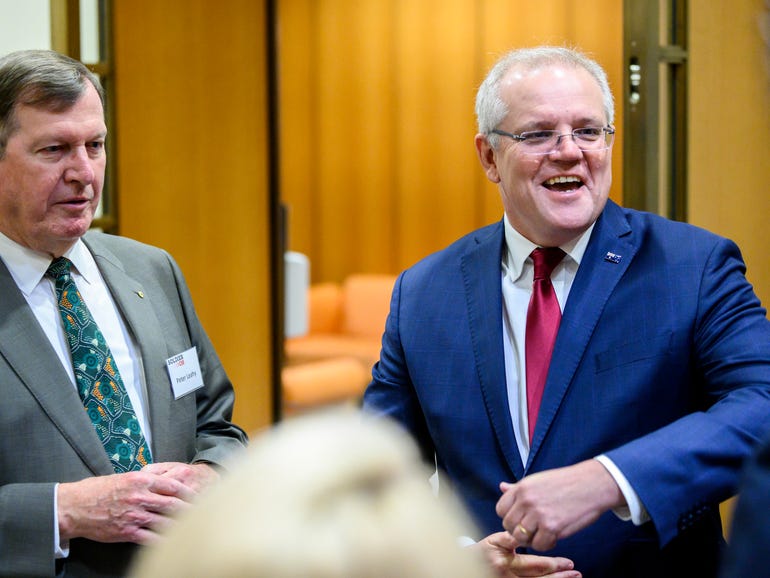 Last week Prime Minister Scott Morrison proudly released his list of 63 critical technologies and boasted his government would commit AU$111 million for quantum tech, but beyond that, there were little specifics about any of the other 62.

Indeed, the Blueprint for Critical Technologies [PDF] is like a reverse fractal. The closer you look at it and its rather generously titled action plan [PDF], the less detail there is to see.

“Our aim in developing the list is to provide guidance and a clear signal about the critical technologies that may have national interest implications for Australia today or within the next ten years,” says the action plan.

“National interest” is defined here as the intersection of national security, social cohesion, and economic prosperity.

“The list is part of government’s guidance and assistance to society, academia and businesses to build the right skills and acquire the necessary tools to efficiently and effectively adopt critical technologies in a safe and secure manner.”

All well and good. But the very next paragraph makes a complete nonsense of the entire process.

“This list itself does not imply any recommended or prohibited actions — inclusion of a technology on the list does not imply guaranteed prioritisation or that there is a real or perceived risk to national security from that technology,” it says.

“Conversely, technologies not on the list are not, in and of themselves, unimportant or excluded from future consideration by government.”

That’s quite a few words to say that the list is essentially meaningless.

To repeat, there is no difference between a technology being on the list or not on the list.

For those of you used to decoding bureaucratic language, there’s another amusing sentence in the description of how this list was developed: “Key feedback from that round of consultation was the need to provide more information on the purpose of the list, add applications across all technologies, and to improve the presentation of the list.”

And now, yes, the documents are certainly laid out in a neat and tidy fashion, and the colours are nice.

“The Action Plan identifies critical technologies in our national interest and demonstrates government action,” it says, which again is curious. The plan, which has not happened yet, demonstrates action?

That’s because the vast majority of the things listed in the alleged plan are things that are already happening.

They range from the civil space program to the National Hydrogen Strategy, and from the Medical Research Future Fund to the “timely rollout of 5G in Australia” — although surely the telcos were doing that anyway.

“These existing initiatives align closely with the government’s new shortlist of critical technologies,” says the action plan. Because of course they do.

It doesn’t take much to see that this document’s primary purpose is to be a promotional brochure for the forthcoming federal election.

OK, the Quantum Commercialisation Hub is new, sure. So there’s one thing.

The Australia‐India Centre of Excellence for Critical Technologies is kind of new too, although cooperation with India was already being discussed as part of the Quad’s various non-military technology initiatives along with Japan and the US.

Four goals but no targets

There’s nothing wrong with creating a checklist of important emerging technologies, of course. We don’t want anything to be forgotten.

The action plan also includes a series of Tech Cards, each of which provides a handy two-page summary of a key technology area and Australia’s status therein.

But a checklist is not a plan.

Nowhere is this more clear than in the plan’s four goals, none of which would get you a pass in Strategic Planning 101.

One commonly-used measure, SMART Goals, says that goals should be specific, measurable, assignable, realistic, and time-related.

Now take Goal 1: “Ensure we have access to, and choice in, critical technologies and systems that are secure, reliable, and cost-effective.”

What do any of those words mean, in concrete measurable terms? Who has been assigned to achieve these goals? When will this have to be done by? And as for being realistic, well, if we haven’t specified the end state how can we even begin to determine that?

Or take Goal 2: “Promote Australia as a trusted and secure partner for investment, research, innovation, collaboration, and adoption of critical technologies.”

Promote to whom? How do we want their views to be changed? How will we measure this? By a change in their opinion, or by the number and value of partnerships created? And again, by when?

As written, we could reach this unmeasurable goal tomorrow by sending out a promotional email proclaiming “Mission accomplished”.

The other two goals suffer the same problem, and no amount of dividing things among the seven “action pillars” or four categories of response based on their cost and risk will change that.

In your correspondent’s view, one of the best amusements is the action plan’s “Next Steps” segment.

“The government will apply a rigorous analytical framework to determine whether any policy gaps exist, or may emerge, for critical technologies in the national interest,” it says.

Which is basically the government’s job. Bravo.

Still, the documents are laid out in a neat and tidy fashion, and the colours are nice.

The Blueprint for Critical Technologies is another fine addition to Morrison’s pamphletocracy.

Denial of responsibility! TechNewsBoy.com is an automatic aggregator around the global media. All the content are available free on Internet. We have just arranged it in one platform for educational purpose only. In each content, the hyperlink to the primary source is specified. All trademarks belong to their rightful owners, all materials to their authors. If you are the owner of the content and do not want us to publish your materials on our website, please contact us by email – [email protected]. The content will be deleted within 24 hours.
Barelycriticalgadget updateholdsMorrisonspamphletocracyquantumSubstance
Share FacebookTwitterGoogle+ReddItWhatsAppPinterestEmail

Airtel Increases Prepaid Pack Prices by Up to Rs. 501: All Details