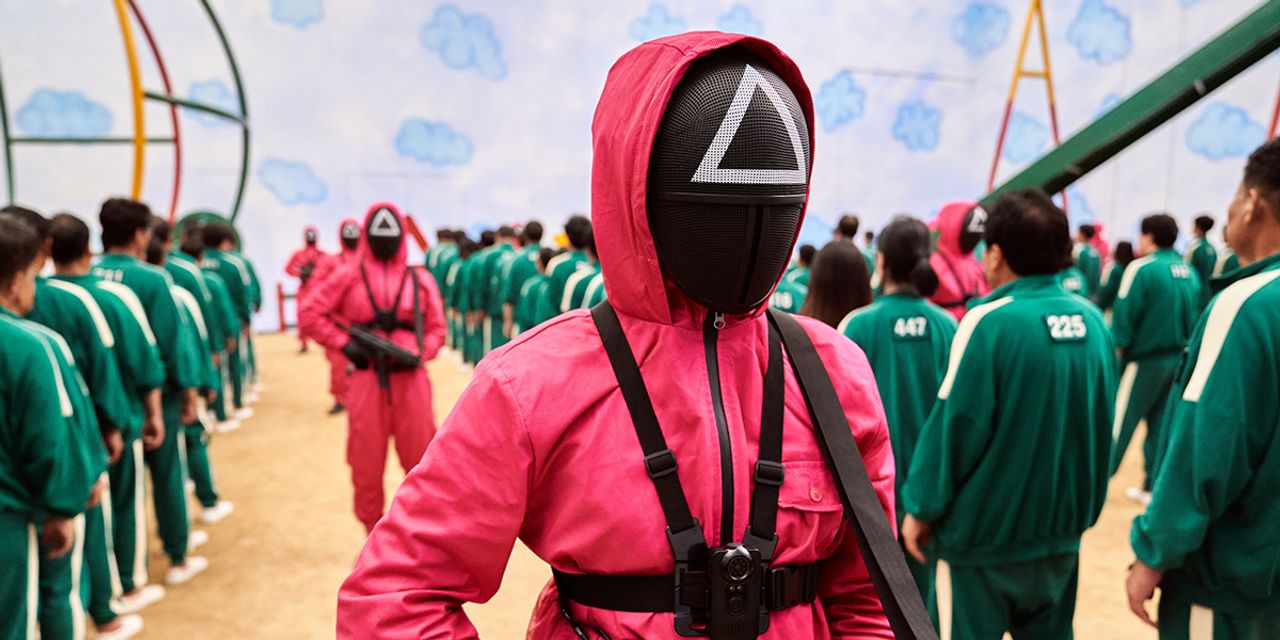 A North Korean propaganda website, Arirang Meari, reported on what the international response has been to the South Korean survival drama. Viewers have been drawn to a show that highlights the “sad reality of a beastly South Korean society” that adheres to the “law of the jungle,” the Tuesday article says.

“‘Squid Game’ gained popularity because it exposes the reality of South Korean capitalist culture,” the article says. The show illustrates “a world where only money matters—a hell-like horror.”

On Wednesday, Netflix said “Squid Game” has attracted 111 million viewers globally since its Sept. 17 debut, leapfrogging the 82 million people who watched “Bridgerton,” making it the company’s largest-ever series launch. By Netflix’s metrics, anyone who watches a show for more than two minutes is considered a viewer.

In an interview late last month,

the director of “Squid Game,” said he wanted the show to examine how the global wealth gap is widening.

“The rich are becoming richer, while the poor become poorer,” Mr. Hwang said. “It’s a story anyone could relate to.”

North Korea has a love-hate relationship with South Korean pop culture. Many North Koreans have long had access to smuggled USBs that contain South Korean pop music, films and TV shows, trading them in secret among friends and family. Consuming such content is strictly banned by the

Mr. Kim has acknowledged that South Korean culture is seeping into his cloistered nation. This spring, he admonished people in his country for using South Korean words borrowed from K-Pop and Korean dramas. So-called “antisocialist” behaviors—such as dressing like South Koreans or watching South Korean television dramas—are prohibited, and can even land a violator in prison, according to the spy agency in Seoul.

North Korea has long been criticized for mistreating its citizens. In March, the United Nations adopted a resolution condemning the Kim regime’s human-rights violations for the 19th straight year. The U.S. has vowed to hold the regime accountable for operating political prison camps, among other misdeeds.

Outside of pop-culture jabs, North Korea has recently been expressing more openness to the South. The two Koreas recently reopened a cross-border phone line. Mr. Kim, in a Monday speech at a national defense exhibition, chastised South Korea for participating in joint military drills with the U.S. But he reiterated that “South Korea is not the target of our armed forces.”

Access to South Korean dramas or music varies between the rich and poor in North Korea, said

a research fellow at the Korea Institute for National Unification, a government-funded think tank in Seoul. While wealthier citizens use marketplaces in North Korea to get access to USBs containing South Korean content, those living on the outskirts rarely have any access, said Mr. Hong, who has interviewed recent defectors.

Denial of responsibility! TechNewsBoy.com is an automatic aggregator around the global media. All the content are available free on Internet. We have just arranged it in one platform for educational purpose only. In each content, the hyperlink to the primary source is specified. All trademarks belong to their rightful owners, all materials to their authors. If you are the owner of the content and do not want us to publish your materials on our website, please contact us by email – [email protected]. The content will be deleted within 24 hours.
#nkexperimentArtsArts/EntertainmentbeastlyDomestic PoliticsentertainmentExecutive Branchgadget update
Share FacebookTwitterGoogle+ReddItWhatsAppPinterestEmail

Did Mars Ever Look Like Earth? NASA Scientist Answers

The Verge Guide to Android: tips, tricks, and the best phone to buy

Dropbox is making big moves in the video space

Epic Games Publishing picks up indie studios Eyes Out and…

The Verge Guide to Android: tips, tricks, and the best phone…