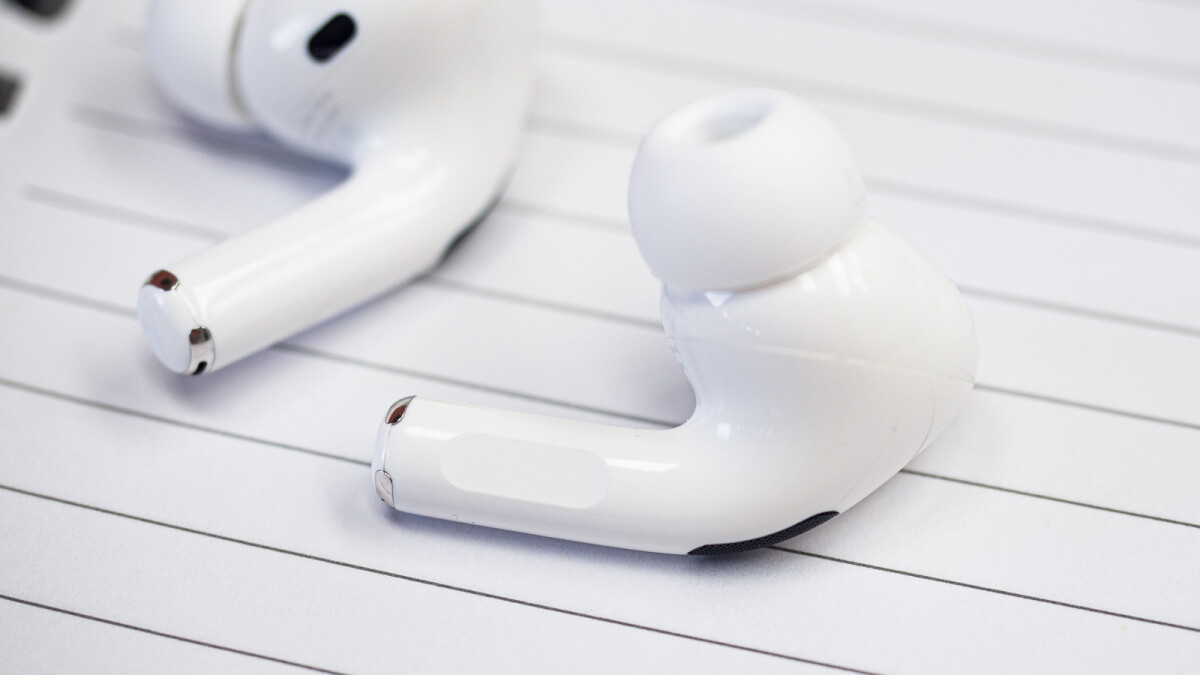 By Scott Marlette Last updated Jun 25, 2022
Share
Rumored for quite some time now to go official at some point in late 2022, the long overdue second-gen AirPods Pro have obviously not received as much attention from leakers and tipsters in recent months as some of the other Apple products undoubtedly set for a fall announcement.
With even better audio performance and battery life compared to their forerunners, as well as entirely new heart rate monitoring, hearing aid, and yes, USB-C technology, these bad boys sound perfectly equipped to leave Samsung’s fast-approaching Galaxy Buds Pro 2 in the dust and easily become the overall best wireless earbuds in the world relatively soon… if everything (or at least almost everything) pans out as rumored.

Because (nearly) every tech company out there sells true wireless earbuds with active noise cancellation… at a fraction of the AirPods Pro’s list price, it’s clearly not enough for Apple to upgrade that feature in order to stand out from the pack and charge $250 (or more) for the next-gen Pros.

Don’t get us wrong, everyone is expecting a notable improvement on the ANC front, with “self-adaptive” technology likely to be added to the equation, but something tells us the main selling points will lie in another department this time around.

Those holes on the right might house microphones for the hearing aid feature.

Specifically, the health and, let’s say, the life improvement department. For one thing, we’re hearing (yet again) that Apple is planning to adopt a functionality long abandoned by Samsung with the help of a built-in heart rate sensor.
That’s right, the AirPods Pro 2 should be able to keep a proverbial eye on one of your most important health indicators directly from your ears. Of course, if Samsung’s experiments in this field are anything to go by, your Apple Watch will remain far more reliable at monitoring your heart rate.

Then again, Apple is known for testing these types of potentially game-changing features way more rigorously than the competition, which explains why no one’s certain if the AirPods Pro 2 will also be able to monitor the temperature of their users and thus provide an even closer look at their well-being.

Meanwhile, a first-of-its-kind hearing aid functionality is today rumored for the very first time, purportedly aiming to help users who are hard of hearing get a sense of their surroundings by leveraging both the charging case and the earbuds themselves. That sounds pretty exciting (to say the least), but it’s far from etched in stone for this year’s AirPods Pro 2 and could definitely be pushed back to a later edition.

So many other things to get excited about

Even in the (unlikely) case that both those all-new health features get delayed or prove less helpful in real life than they sound in theory, the second-gen AirPods Pro will still have enough upgrades going for them to (easily) consolidate Apple’s global market supremacy.

We’re talking more raw power with a “new” H1 chip under the hood that may or may not get a new name, “improved power consumption” likely to translate into better battery life, a redesigned MagSafe charging case with a USB Type-C port to make the European Union (and a number of US senators) happy, and an “improved” Find My function.
Yes, you’ll apparently be able to easily locate your AirPods Pro 2 when you inevitably misplace one or both upgraded earbuds, which by the way look almost identical to the non-Pro AirPods 3 in a set of images put together by the sometimes reliable and sometimes not folks at 52audio based on their purported inside information.

Denial of responsibility! TechNewsBoy.com is an automatic aggregator around the global media. All the content are available free on Internet. We have just arranged it in one platform for educational purpose only. In each content, the hyperlink to the primary source is specified. All trademarks belong to their rightful owners, all materials to their authors. If you are the owner of the content and do not want us to publish your materials on our website, please contact us by email – [email protected]. The content will be deleted within 24 hours.
AirPodsApplesBigDetailsEarbudsgadget updateHugePro
Share FacebookTwitterGoogle+ReddItWhatsAppPinterestEmail

Cyberpunk 2077 is getting a board game

Windows 8.1 users will get notifications next month about end of support

Overwatch is stopping sales of loot boxes, here’s why – Times of India

Overwatch is stopping sales of loot boxes, here’s why…