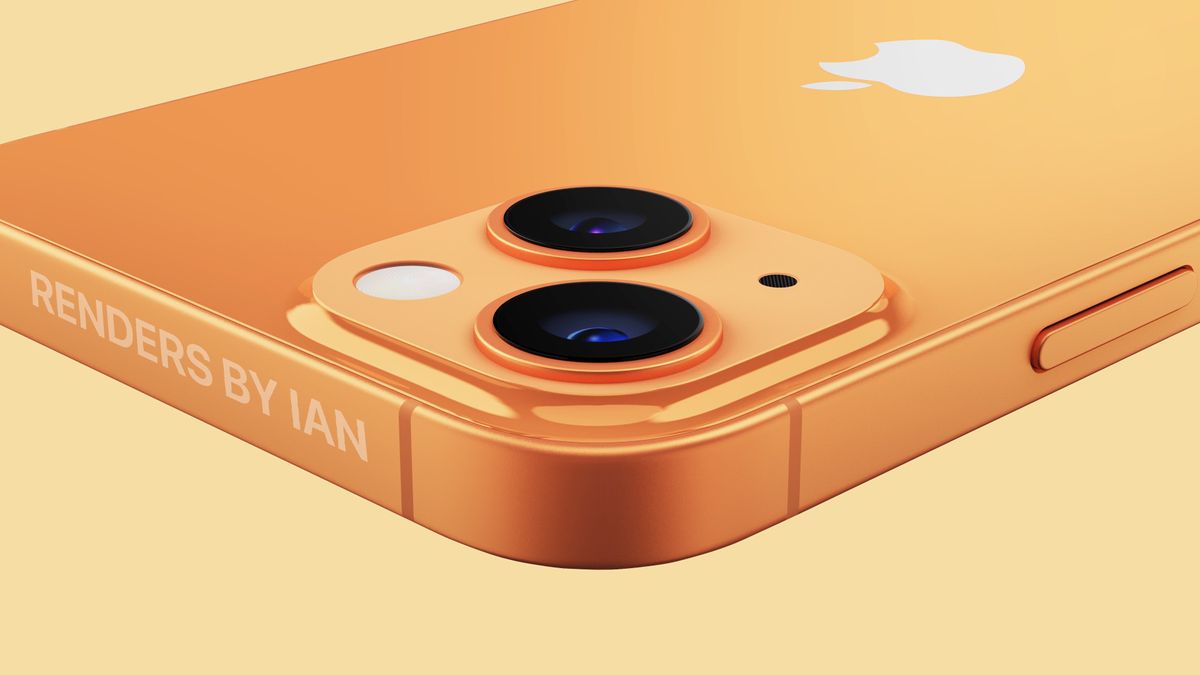 The iPhone 13 may still be several months from launch, but we already know a fair bit about it — and a new set of renders has brought it to life in stunning detail.

The renders are based on iPhone 13 CAD files released by leaker Jon Prosser last week to accompany one of his videos. Fortunately, given that most of us aren’t exactly experts with FreeCAD, concept artist Ian Zelbo has done the hard work for us — and the results are gorgeous.

Zelbo, who has previously produced a render of the Apple Watch 7 based on Prosser’s leaks, changed the raw files into clean renders of what the iPhone 13 could look like if Apple continues to go with its bright and bold color schemes.

And while we’re not completely sure Apple will go with an orange shade (we didn’t see many people rocking orange Pixel 4s), the other details seem to match what we’ve heard elsewhere.

The most obvious change is the shift in rear camera layout. While the iPhone 12’s two cameras were arranged vertically, Apple seems to be planning a diagonal arrangement this time around. This is likely an aesthetic shift, rather than a practical one, catering to the section of buyers that want to prove they have the latest and greatest hardware with an easily identifiable design calling card.

Then there’s the slight reduction in notch size, which again is something we’ve heard about before. The notch will still be pretty prominent, but due to a reduction in the size of the TrueDepth sensors, and the possible relocation of the ear speaker to the bezel, it will be significantly reduced for the first time since it debuted on the iPhone X.

Finally, the body of the iPhone 13 will be slightly thicker than the iPhone 12. Previous leaks have suggested a 0.26mm increase, which should be just enough to ensure existing cases don’t fit.

Otherwise, this change likely won’t be noticeable unless you have both handsets side by side, and hopefully Apple will be using the new space to improve on the iPhone 12 family’s disappointing battery life. That’s something that should be easy to do, given the company will reportedly be introducing new layered tech for larger capacity cells. And indeed, a rumor just this week suggested that the iPhone 13 will get a bigger battery capacity across the range.

Design wise, it doesn’t look like great changes are afoot, then — although it should be stressed that the CAD files Prosser gained access to may not be the final design Apple chooses. But it’s what’s on the inside that counts, and a bump in performance via the A15 chip and enhanced camera capabilities should be the very least we expect when Tim Cook presents the handset on stage in September.

Denial of responsibility! TechNewsBoy.com is an automatic aggregator around the global media. All the content are available free on Internet. We have just arranged it in one platform for educational purpose only. In each content, the hyperlink to the primary source is specified. All trademarks belong to their rightful owners, all materials to their authors. If you are the owner of the content and do not want us to publish your materials on our website, please contact us by email – [email protected]. The content will be deleted within 24 hours.
camerasdiagonalgadget updateiPhonenotchrendersrevealsmaller
Share FacebookTwitterGoogle+ReddItWhatsAppPinterestEmail