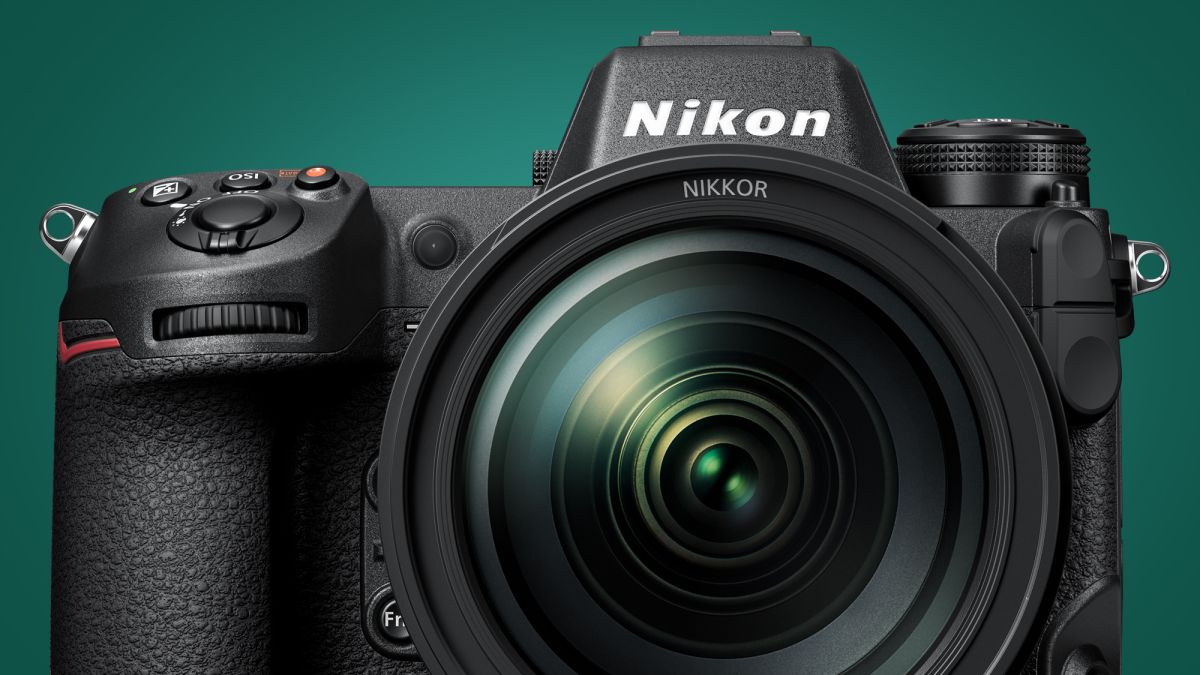 No, the Nikon Z8 hasn’t leaked, but the Canon EOS R5 rival is now looking likely

An apparently leaked image of a new Nikon Z8 full-frame camera has emerged to excite Nikon fans – but while it sadly looks like a Photoshopped placeholder, the long-awaited Canon EOS R5 does seem increasingly likely to launch soon.

The Nikon Z8 image in question (below) came from the Twitter account ‘how2fly (opens in new tab)‘, which doesn’t have a long track record of reporting leaks or inside information, but it was picked up by the reliable Nikon Rumors (opens in new tab).

Nikon Rumors was non-committal about the image’s validity, and it certainly looks like a crudely Photoshopped press shot of the Nikon Z9, only without its built-on grip. In fairness, ‘how2fly’ also didn’t claim the image to be official, stating that it’s “not allowed to share the high-res picture yet”, suggesting that this is indeed a placeholder.

Nikon Z8 is basically a Z9 without the vertical grip,with the same 45.71 MP stacked sensor and EXPEED 7 processor inside. I am not allowed to share the high res picture YET,so… pic.twitter.com/vD796AkVs3July 31, 2022

So what should camera fans make of the Nikon Z8 rumors? Other rumor sites, including Canon Watch (opens in new tab), have suggested that the ‘how2fly’ Twitter account is a reliable source, despite its historical lack of Nikon predictions.

But there are other reasons to believe that the growing Nikon Z8 rumors have at least some substance behind them. To start with, Nikon Rumors (opens in new tab) revealed in June that the camera giant would release two new cameras last month – the Nikon Z30, which did indeed land in late June, and an unknown full-frame camera.

Since then, rumors have grown that this camera would be a Nikon Z8, rather than a Nikon Z6 III or Z7 III, and that it could launch as soon as this month. And on paper, this would make sense – with the main question mark being around which sensor the full-frame mirrorless camera might have.

This explains the recent rumors from the likes of ‘how2fly’ that the Nikon Z8 could have the same 45.7MP stacked sensor and Expeed 7 processor as the Nikon Z9, the company’s flagship mirrorless camera. The slight problem with the Nikon Z9, even for many pro shooters, is its size and $5,499 / £5,299 / AU$8,999 price tag, so a smaller Nikon Z8 would certainly make sense.

The question is where this leaves the Nikon Z7 II, a camera that’s currently the closest to being a Nikon D850 equivalent. The answer could be that it’ll simply remain as a more affordable option for photographers, with the Nikon Z8 offering true hybrid power for stills and video – but we’ll have to wait for some more substantial leaks and rumors to be sure.

Last month, a Nikkei article (opens in new tab) sparked rumors that Nikon would “stop developing single-lens reflex models” to “focus on mirrorless models”. And while Nikon said that it would continue “the production, sales and service of digital SLR” cameras, it didn’t directly refute the suggestions that DSLR development was at an end.

No one had realistically expected Nikon to launch a Nikon D860 DSLR to succeed the D850, but those rumors – and, more obviously, the arrival of the Nikon Z9 – add to a growing sense that the company is now going full speed ahead on mirrorless cameras.

The Nikon Z9 shows that the company’s mirrorless tech in areas like autofocus, burst shooting and video does now eclipse that of classic DSLRs like the Nikon D850 – particularly when it’s based on a stacked sensor.

But the Nikon Z9 remains an extremely exclusive camera. It’s currently out of stock in most regions, including the US and UK, and its $5,499 / £5,299 / AU$8,999 price tag remains prohibitive for almost everyone beyond agency photographers and well-heeled pros.

While there still haven’t been any Nikon Z8 leaks yet, the concept certainly does make sense. A smaller camera based on the Nikon Z9’s stacked sensor, only with slightly curtailed 8K video and burst shooting powers, would make a formidable rival to the popular Canon EOS R5, even if it would likely be pricier than that $3,899 / £4,199 / AU$6,899 camera.

It would also finally give us a true mirrorless successor to the Nikon D850, a camera that was ahead of its time when it arrived in 2017, but which is now eclipsed by flagship mirrorless cameras in areas like continuous shooting.

On the other hand, it would also steal some of the spotlight from the Nikon Z9, which was only announced in October 2021 – so we’ll simply have to wait for some more credible rumors before we can be sure of what Nikon has planned for its next big launch.

Denial of responsibility! TechNewsBoy.com is an automatic aggregator around the global media. All the content are available free on Internet. We have just arranged it in one platform for educational purpose only. In each content, the hyperlink to the primary source is specified. All trademarks belong to their rightful owners, all materials to their authors. If you are the owner of the content and do not want us to publish your materials on our website, please contact us by email – [email protected]. The content will be deleted within 24 hours.
CanonEOSgadget updatehasntLeakedNikonrivaltech boy
Share FacebookTwitterGoogle+ReddItWhatsAppPinterestEmail