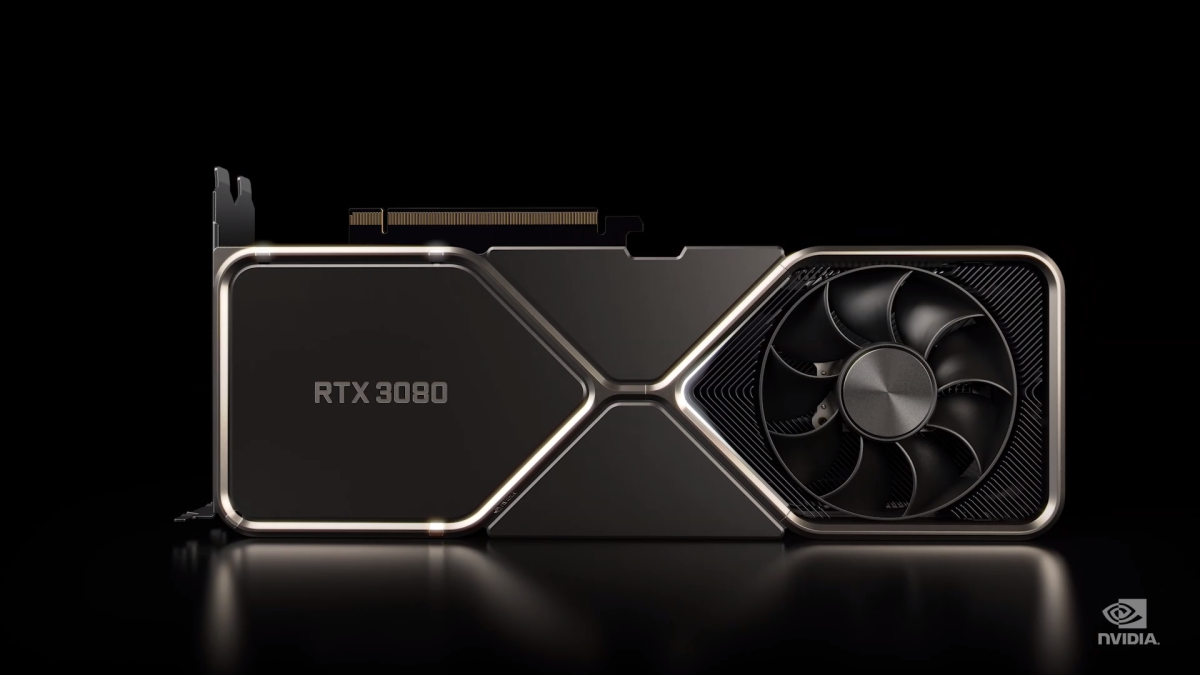 If you’re after some 4K high-end and high-performance gaming, then the Nvidia GeForce RTX 3080 is the graphics card you’ll want. Not only does it offer a huge amout of performance, it also come with Nvidia’s latest deep learning supersampling (DLSS 2.0) and ray tracing tech.

The Nvidia GeForce RTX 3080 is the card you want to have if you plan to build a high-end gaming PC. However, finding where to buy the Nvidia RTX 3080 is nearly impossible, as the graphics card is practically sold out across the world; you can occasionally get lucky with some restocks.

While we wait for the graphics card to become easier to find, here’s everything you need to know about the Nvidia GeForce RTX 3080.

After much teasing and a long wait, the Nvidia Grocer RTX 3080 was released on September 17, 2020. And it’s available right now; that’s if you can find a retailer with one in stock and don’t want to buy the graphics card from resellers at grossly inflated prices.

Sadly, the GeForce RTX 3080 hasn’t got any easier to buy now months after its release. This situation doesn’t look like it’s going to change anytime soon, especially as raw material shortages and the Chinese New Year are being blamed for ongoing Nvidia GeForce RTX 3080 stock woe.

The graphics card has officially gone on sale at most major retailers, though it’s now mostly sold out. Check below for the latest availability.

The Nvidia GeForce RTX 3080 packs 30 shader-teraflops (TFLOPS), 58 ray-tracing TFLops and 239 Tensor-TFLOPS. You’ll also get 10GB of G6X graphics RAM, which Nvidia says is the fastest you’ll find in a GPU.

If that all sounds like a second language to you, know that the RTX 3080 promises to deliver twice the performance as the RTX 2080. And if you’re upgrading from an older card such as the RTX 980 Ti, you can look forward to performance gains as high as five times as what your current card is outputting. The RTX 3080 offers consistent 4K gaming at 60 frames per second, similar to the upcoming PS5 and Xbox Series X consoles.

The RTX 3080 features what Nvidia calls the “world’s fastest graphics memory,” with GDDR6X VRAM that can perform at a whopping 760 GB/s. There’s also new dedicated ray-tracing hardware for even more immersive lighting and shadows in your favorite PC games.

The RTX 3080 also introduces a new thermal-optimized design that promises 55% more airflow, 30% more efficiency, and the ability to be up to three times quieter during heating gaming sessions.

While the RTX 3080 has some exciting specs, the GeForce RTX 3090 is where things really get interesting. This $1,499 beast of GPU promises to deliver 8K gaming complete with smooth ray tracing, making it something that true enthusiasts with cash to burn will likely opt for. It’s also physically massive, and makes us wonder if it’ll fit in most modern PC cases.

Nvidia pitted the RTX 3080 against the RTX 2080 Ti when running Doom Eternal at 4K on Ultra settings. The RTX 3080 is some 50 percent faster than the last top-end Nvidia graphics card, delivering frame rates well above 100fps. And that’s likely before a lot of optimization has been done.

Our sibling publication Tom’s Hardware put the GeForce RTX 3080 to the test and declared that it delivered a “generational leap in performance.” And true to its claims, the RTX 3080 offers significant gains in performance over the RTX 2080 Ti.

“But there’s a catch: We measured all of those ‘percent faster’ results across our test suite running at 4K ultra settings. The lead narrows if you drop down to 1440p, and it decreases even more at 1080p. It’s still 42% faster than a 2080 FE at 1080p ultra, but this is very much a card made for higher resolutions.”

Suffice to say, the GeForce RT 3080 is one impressive graphics card, though you’ll need an equally impressive overall PC to get the most out of it.

Denial of responsibility! TechNewsBoy.com is an automatic aggregator around the global media. All the content are available free on Internet. We have just arranged it in one platform for educational purpose only. In each content, the hyperlink to the primary source is specified. All trademarks belong to their rightful owners, all materials to their authors. If you are the owner of the content and do not want us to publish your materials on our website, please contact us by email – [email protected]. The content will be deleted within 24 hours.
dategadget updateGeForceNVIDIApricereleaseRTXspecs
Share FacebookTwitterGoogle+ReddItWhatsAppPinterestEmail

Machine learning at the edge: TinyML is getting big | ZDNet

Marvel is now working on a Daredevil series for Disney+: report

Vivo TWS 2 ANC, TWS 2e Earphones With Up to 30 Hours of Battery Life…

Marvel is now working on a Daredevil series for Disney+:…