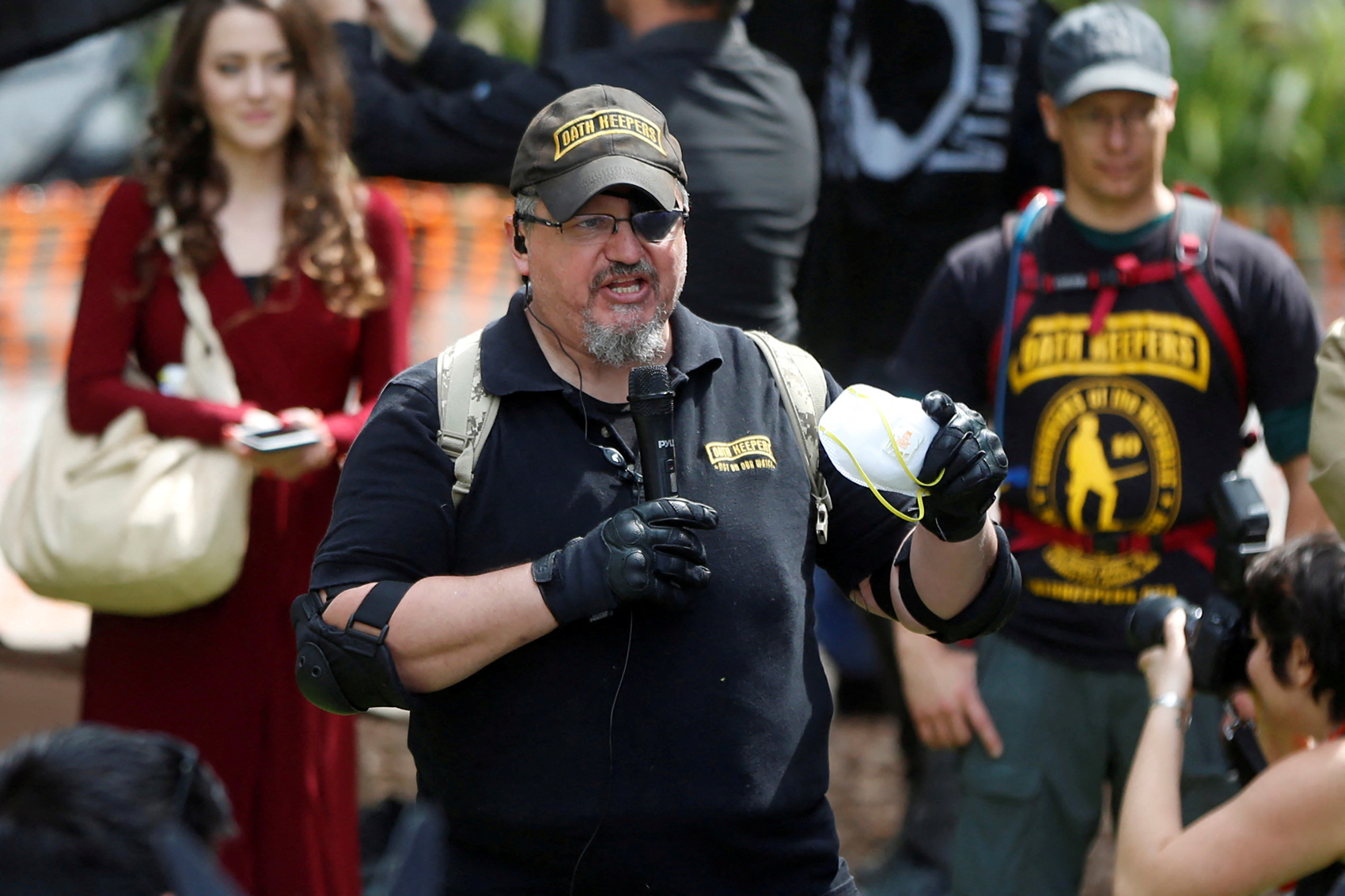 The far-right extremist group Oath Keepers may soon face particularly serious repercussions for its actions on top of a string of internet bans. A DC federal grand jury has unsealed seditious conspiracy charges against Oath Keepers founder Stewart Rhodes and 10 other individuals for their alleged roles in the US Capitol breach on January 6th, 2021. Rhodes and followers face accusations they planned to use force to oppose the electoral college vote certification, including the direct attempt to seize the Capitol building as well as through multiple “quick reaction force” teams that planned to deliver guns and other weapons to extremists inside the building.

The Oath Keepers’ digital savviness played an important role in the charges. The paramilitary group discussed plans with co-conspirators through encrypted messaging apps, social media, text messaging and websites, according to the Justice Department. Federal investigators revealed they’d used Signal messages as part of the case, although it wasn’t clear how they’d obtained the discussions — CNBC speculated that a participant in group chats leaked the contents to federal agents.

Rhodes and Edward Vallejo, who reportedly helped coordinate the quick reaction teams, are the only ones facing charges for the first time. The rest, including prominent members like Donovan Crowl and Jessica Watkins, were already facing indictments. The conspiracy charge carries a maximum sentence of 20 years in prison.

The legal action could effectively bring down a group long accused of promoting harm both on- and offline. The Oath Keepers had threatened violence online, prompting a Twitter ban in September 2020, and spread COVID-19 conspiracy theories that sometimes included QAnon-linked hashtags. The group’s Capitol incursion, meanwhile, was partly fuelled by online election misinformation promoting unsupported claims of widespread fraud during the 2020 presidential vote.

The Oath Keepers already lost much of their online presence in the months before and after the Capitol incident, but the new charges could make it that much harder for the group or its members to maintain that internet representation. This also underscores social media outlets’ imperfect attempts to curb violent organizations and the misinformation that fuels them. While more aggressive crackdowns wouldn’t have necessarily stopped the 2021 breach, outlets like Facebook have acknowledged they could have done more to curb groups that spread and acted on that misinformation.

Denial of responsibility! TechNewsBoy.com is an automatic aggregator around the global media. All the content are available free on Internet. We have just arranged it in one platform for educational purpose only. In each content, the hyperlink to the primary source is specified. All trademarks belong to their rightful owners, all materials to their authors. If you are the owner of the content and do not want us to publish your materials on our website, please contact us by email – [email protected]. The content will be deleted within 24 hours.
breachCapitolchargedConspiracygadget updateKeepersleaderoath
Share FacebookTwitterGoogle+ReddItWhatsAppPinterestEmail

How Universities Are Dealing With Cheating on Online Assessments

The Morning After: The next Apple Watch may detect if you…