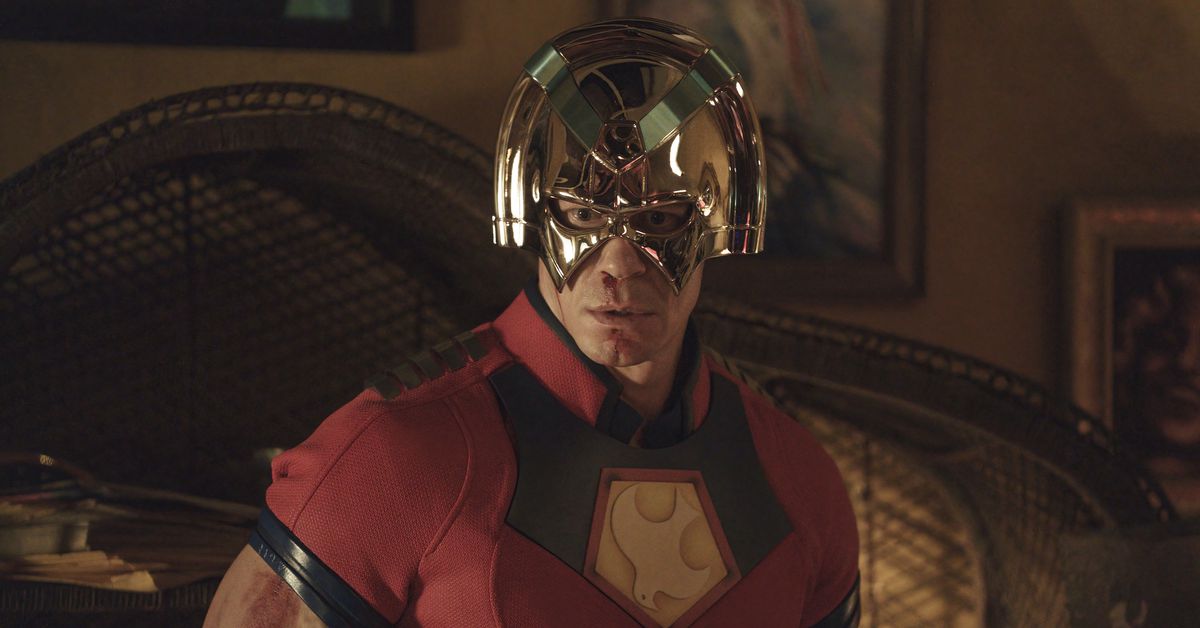 Peacemaker actually knows how to exist in a cinematic universe

Warner Bros. went out of its way to make sure that James Gunn’s The Suicide Squad wasn’t exactly looked at as a direct sequel to David Ayer’s Suicide Squad even though that’s what it was. In the case of HBO Max’s new Peacemaker spinoff series, though, the studio’s taking a much different approach to addressing the connections between its rather messy cinematic universe.

It’s become commonplace for spinoff superhero series informed by the events of big superhero movies — Marvel’s latest batch of Disney Plus series all come to mind — to dance around the specific details of how they fit into the larger picture until about halfway through the season. Though you can usually infer that these sorts of shows are set after the events of the features that preceded them, they tend to feel as if you’re only meant to think about those details to a point and in the abstract until they can conveniently be pulled into the foreground mid-season for emotional impact. The obvious reason for this is that studios want their tie-in shows to feel like stories that can stand on their own and don’t want audiences to be scared off if they haven’t seen every single project within a franchise. But this approach to worldbuilding often comes at the cost of shows seeming as if they’re slightly out of place and time or as if they don’t know how to acknowledge significant events that their characters should be talking about.

While Warner Bros. likely had these concerns about Peacemaker as well, the show’s first episode immediately establishes its connections to The Suicide Squad with a level of straightforwardness that’s refreshing and something that more of these shows might want to consider. Before Peacemaker properly gets going, it actually opens up with a full-on recap of The Suicide Squad that clocks in at just over a minute and does an astonishingly solid job of getting you up to speed on a handful of key characters and moments from the film.

It’s not immediately obvious from the recap alone which of The Suicide Squad’s narrative threads Peacemaker intends to pick up. But what’s very clear is how Peacemaker’s time working for Amanda Waller has impacted the arc of his near future. It’s interesting to consider whether Warner Bros. would have been comfortable giving The Suicide Squad the “previously on” treatment if the movie hadn’t ended up premiering on HBO Max last summer due to the ongoing COVID-19 pandemic. While The Suicide Squad also had a theatrical release, it — along with the rest of Warner Bros.’ 2021 release slate — dropping day and date on a streaming service raised eyebrows and concerns last year as directors and cinema nerds bemoaned what that strategy might portend for the future of the industry. Mixed in with concerns about how streaming might hurt theaters was the common implication that any movie to premiere on a streaming platform was being made less than just by existing alongside content originally created to live on those services.

While studios obviously have a financial motivation to put their features up on pedestals that way, it can work against their interests when their interconnected franchises grow to be as big as the ones that Warner Bros. and Marvel have built out. Though Marvel still seems like it isn’t always sure how to talk about Avengers: Endgame in a way that feels organic and interesting, Warner’s in a somewhat different position simply because it hasn’t yet had that sort of massive event, and Peacemaker is its first live-action superhero spinoff series to date.

Whether the handshake between The Suicide Squad and Peacemaker will end up factoring into the show’s first season being a success isn’t yet clear, but it’s the kind of move the studio might want to consider more in the future as it continues to release features both theatrically and on HBO Max.

Peacemaker is now streaming on HBO Max with new episodes dropping every Thursday.

Denial of responsibility! TechNewsBoy.com is an automatic aggregator around the global media. All the content are available free on Internet. We have just arranged it in one platform for educational purpose only. In each content, the hyperlink to the primary source is specified. All trademarks belong to their rightful owners, all materials to their authors. If you are the owner of the content and do not want us to publish your materials on our website, please contact us by email – [email protected]. The content will be deleted within 24 hours.
Cinematicexistgadget updatepeacemakertech boytech newstech news boytech update
Share FacebookTwitterGoogle+ReddItWhatsAppPinterestEmail

Google wants secure open-source software to be the future