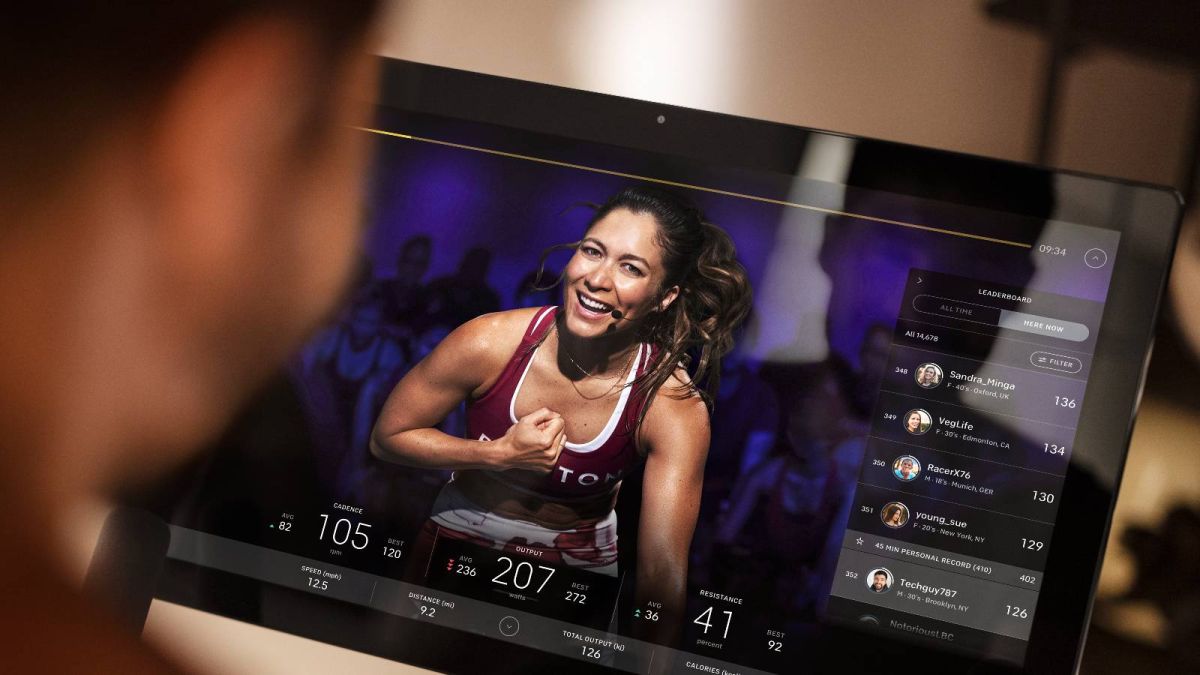 After a year of rumors about a rowing machine from Peloton, the company has finally released details about how to preorder the new interactive exercise apparatus.

The rower, which is only available for preorder in the US, starts at $3,195 and will be delivered to its first customers in December. Like the best exercise bikes, at-home rowing machines are growing in popularity, so we knew it was only a matter of time before Peloton jumped on the trend.

Peloton has been teasing the rower on its socials, including a YouTube video that shows some of its features. The new machine will include some of its signature details, including leader boards, live and on-demand classes with a team of excitable instructors, plus a 24-inch swivel screen, meaning you can move it by up to 45 degrees when you’re ready to view other on-demand classes, such as strength or yoga routines.

If you’re worried about space in your house, you’ll need between 8ft (96″) to 2ft (24″) when working out on the rower. However, it does store upright, so if you’re tight on space, it can be hidden away a little easier.

Unfortunately, Peloton will only be releasing the rowing machine in the US for now and doesn’t have any immediate plans for launching it in other markets such as Canada or the UK.

Will the Peloton rowing machine be able to stand up to its competitors?

High-tech at-home rowing machines are having their moment. Fitness aficionados are excited by their ability to give you a total-body workout, helping you strengthen not just your arms, but legs and core too, while also helping you work on your fitness levels.

Hydrow released its first smart rowing machine in 2017 in the US, and bought it to the UK last year. Its success has led to a newer and lighter model, the Hydrow Wave, which the brand released just last month. City Row and Aviron have similar models in the US, with companion apps with interactive workouts.

Is Peloton’s rowing machine too pricey for fitness fans? Its competitors’ rowing machines start at around $2000, which is over a thousand dollars cheaper than the Peloton offering. As with Peloton’s other exercise machines, its rowing machine comes in different packages – with its most expensive, the Peloton Row Ultimate, coming in at just under $3600.

Some rowing fans may be swayed by the brand’s name, but its extra features will be the tipping point for most customers. Peloton’s live and on-demand classes for its bike and treadmill are unique and vast. We’re hoping they have the same offering for its rowing machine.

Other features that could tempt amateur rowers include Form Assist and Form Rating. Form Assist uses sensors on the rowing machine to give you real-time feedback on your form, while Form Rating will rate you on your overall form after the class, giving you tips for next time. Like the Hydrow rowing machine, Peloton’s offering also promises a quiet workout – thanks to its thin belt and electronically controlled resistance.

Only time will tell if Peloton’s new rowing machine is worth the price tag, but in the meantime, if you want to track your fitness journey while you complete a rowing workout, here’s our round-up of the best fitness trackers.

Denial of responsibility! TechNewsBoy.com is an automatic aggregator around the global media. All the content are available free on Internet. We have just arranged it in one platform for educational purpose only. In each content, the hyperlink to the primary source is specified. All trademarks belong to their rightful owners, all materials to their authors. If you are the owner of the content and do not want us to publish your materials on our website, please contact us by email – [email protected]. The content will be deleted within 24 hours.
awaitedgadget updatehotlymachinePelotonspreorderrowingtech boy
0
Share FacebookTwitterGoogle+ReddItWhatsAppPinterestEmail

Nothing reveals stick-shaped charging case, forgets to talk about earbuds