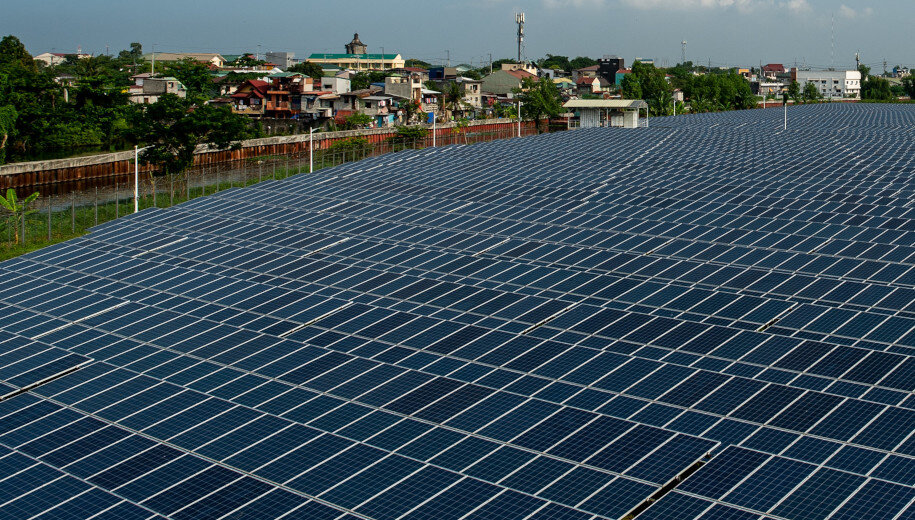 The Philippines must turn to renewable sources to solve its energy crisis, environmental experts urge, as the country comes under pressure from big corporations to buy into liquefied natural gas (LNG).

With its sole source of natural gas at Malampaya expected to have depleted entirely by the end of this decade, the island nation faces a choice of either importing LNG or steering away from fossil fuels to meet the energy needs of its growing population with renewables.

However, a report by the US-based Institute for Energy Economics and Financial Analysis says: “For the Philippines and other emerging importers in Asia, LNG should represent a fuel of last resort—a temporary solution to fill the Malampaya gas supply deficit—rather than a sustainable, long-term solution for meeting the Philippines’ energy needs.”

LNG is made by cooling natural gas into a liquid, which reduces its volume by about 600 times, making it easier to ship, handle and store. Consisting mostly of methane, LNG is cleaner than other fossil fuels such as coal or petroleum and is used for heating, cooking, generating electricity and manufacturing various products. It is also used as a fuel for vehicles.

According to the US International Trade Administration, the current energy mix of the Philippines is composed of coal (47 percent), natural gas (22 percent), renewables (24 percent), including hydro, geothermal, wind, and solar, and oil-based energy (6.2 percent), adding up to a capacity of 23 gigawatts. By 2040 the Philippines will need 43 gigawatts of additional capacity.

“Choosing LNG only extends the life of fossil fuel-based systems, locking in the Philippines to decades of fossil fuel dependency,” Laurence Delina, assistant professor at the division of environment and sustainability, Hong Kong University of Science and Technology, tells SciDev.Net. “Given the climate emergency, the Philippines should waste no time transitioning to readily available and cheaper wind, solar, geothermal, and sustainable hydro resources.”

But US companies involved in power projects in the Philippines are pushing for the import of LNG. A recent white paper, sponsored by the US Agency for International Development (USAID), argues that in 2018 coal accounted for 52.9 percent of carbon emissions in the Philippines, against 40.7 percent for oil and 6.4 percent for gas.

According to the white paper, in 2019, coal-fired power was responsible for an estimated 630 air pollution-related deaths, 1,300 new childhood asthma cases, 240 pre-term births and 149,000 days of sick leave in the Philippines. Using LNG decreases emissions of carbon and particulate matter as compared to coal-fired power generation, leading to public health benefits, the paper says.

“The Philippines and the Asia Pacific Region can realize strong economic and environmental benefits from the use of LNG as a part of its energy demand solutions. The LNG market is still evolving and growing, and it continues to provide safe, clean, and reliable fuel,” the paper says.

The Institute for Energy Economics and Financial Analysis counters the findings of the white paper by arguing that “many of the assumptions underlying the [white paper’s] findings are ill-timed and seemingly ignore current dynamics in the global LNG market and recent developments in the Philippines’ energy industry, as well as findings from the international scientific community regarding the incompatibility of greenhouse gas-intensive fossil fuels like natural gas with global climate goals.”

The author of the report, Sam Reynolds, an energy finance analyst at the Institute for Energy Economics and Financial Analysis, says: “A wholesale buildout of the Philippines’ LNG-to-power fleet would risk locking-in long-term dependence on a foreign imported fossil fuel, to the detriment of cleaner, cheaper domestic renewables.”

According to Pep Canadell, executive director of the Global Carbon Project, construction of new long-term infrastructure that will use any type of fossil fuel is inconsistent with the Paris Agreement, an international treaty that seeks to address climate change by limiting global warming to 1.5 degrees Celsius, as compared with pre-industrial levels.

“Although there might be a strategic place for natural gas in a low carbon energy economy, the contribution needs to be small and cannot be growing from where we are now,” Canadell tells SciDev.Net. “All forms of fossil fuels need to peak and decline as fast as possible—first coal followed by natural gas and oil,” he adds.

Denial of responsibility! TechNewsBoy.com is an automatic aggregator around the global media. All the content are available free on Internet. We have just arranged it in one platform for educational purpose only. In each content, the hyperlink to the primary source is specified. All trademarks belong to their rightful owners, all materials to their authors. If you are the owner of the content and do not want us to publish your materials on our website, please contact us by email – [email protected]. The content will be deleted within 24 hours.
energygadget updateLNGphilippinesrenewabletech boytech newstech news boy
Share FacebookTwitterGoogle+ReddItWhatsAppPinterestEmail

Cursor Pro review: Enhance your Mac’s cursor with a…