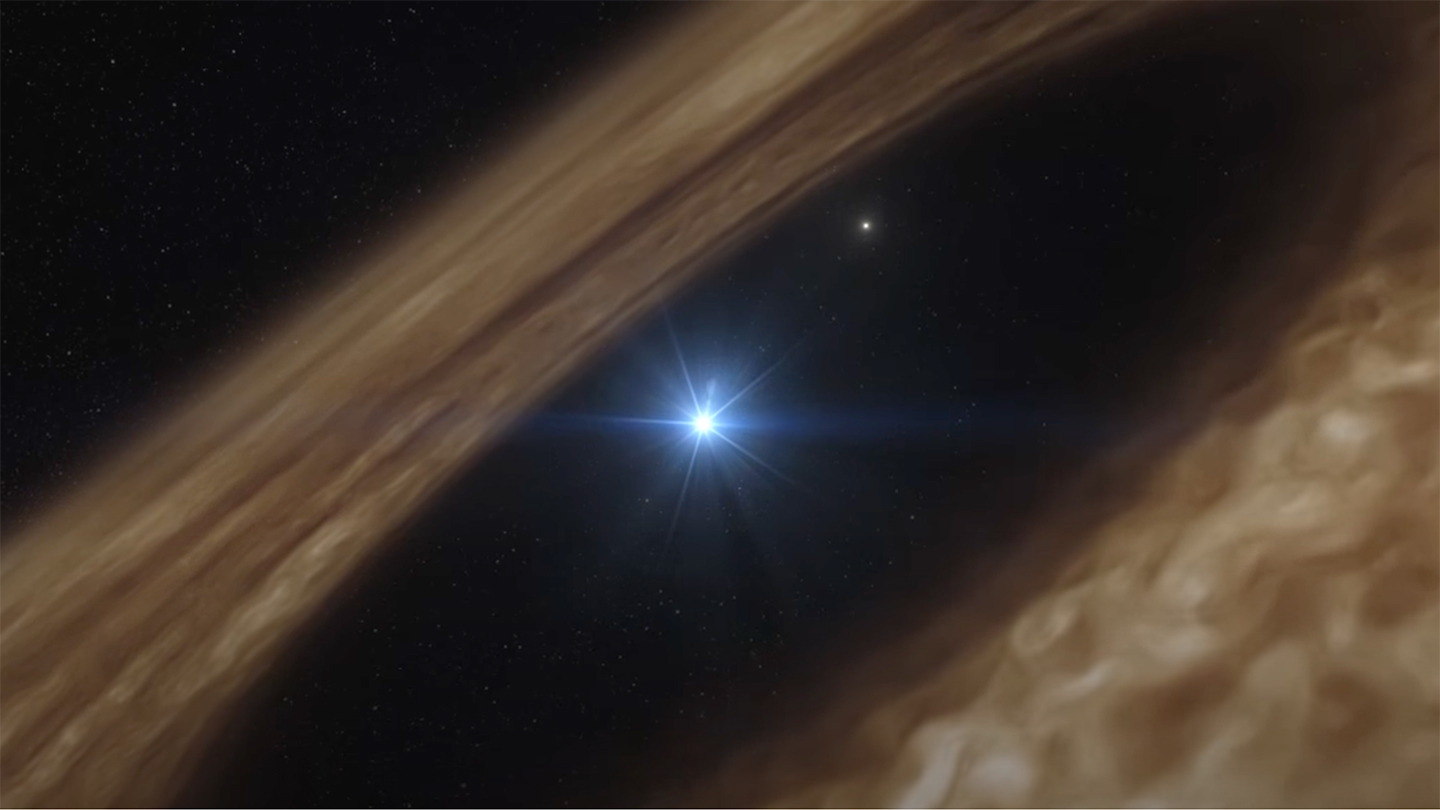 The chemistry leading to life may start before stars are even born.

In the planet-forming disk of gas and dust around a young star, astronomers have detected methanol. The disk is too warm for the methanol to have formed there, so this complex organic molecule probably originated in the interstellar cloud that collapsed to form the star and its disk, researchers report online May 10 in Nature Astronomy. This finding offers evidence that at least some organic matter from interstellar space can seed the disks around newborn stars to provide potential ingredients for life on new planets.

“That’s pretty exciting, because it means that, in principle, all planets forming around any kind of star could have this material,” says Viviana Guzmán, an astrochemist at the Pontifical Catholic University of Chile in Santiago not involved in the work.

Complex organic molecules have been observed in interstellar clouds of gas and dust (SN: 3/22/21), as well as in planet-forming disks around young stars (SN: 2/18/08). But astronomers didn’t know whether organic material from interstellar space could survive the formation of a protoplanetary disk, or whether organic chemistry had to start from scratch around new stars.

“When you form a star and its disk, it’s not a very easy, breezy process,” says Alice Booth, an astronomer at Leiden University in the Netherlands. Radiation from the new star and shock waves in the imploding material, she says, “could destroy a lot of the molecules that were originally in your initial cloud.”

Using the ALMA radio telescope array in Chile, Booth and colleagues observed the disk around a bright, young star named HD 100546, about 360 light-years away. There, the team spotted methanol, which is thought to be a building block for life’s molecules, such as amino acids and proteins.

Methanol could not have originated in the disk, because this molecule forms when hydrogen interacts with carbon monoxide ice, which freezes below temperatures of about –253° Celsius. The disk around HD 100546 is much warmer than that, heated by a star whose surface is roughly 9,700° C — some 4,000 degrees hotter than the sun. So the disk must have inherited its methanol from the interstellar cloud that forged its central star, the researchers conclude.

“This is the first evidence that the really interesting chemistry we see early on [in star formation] actually survives incorporation into the planet-forming disk,” says Karin Öberg, an astrochemist at Harvard University who was not involved in the work. Astronomers should next search the disks around other young stars for methanol or other organic molecules, she says, to “explore whether this is a one-time, get lucky kind of thing, or whether we can safely assume that planet-forming disks always inherit these kinds of molecules.”

Denial of responsibility! TechNewsBoy.com is an automatic aggregator around the global media. All the content are available free on Internet. We have just arranged it in one platform for educational purpose only. In each content, the hyperlink to the primary source is specified. All trademarks belong to their rightful owners, all materials to their authors. If you are the owner of the content and do not want us to publish your materials on our website, please contact us by email – [email protected]. The content will be deleted within 24 hours.
disksgadget updateingredientslifePlanetformingpreloadedstarstech boy
Share FacebookTwitterGoogle+ReddItWhatsAppPinterestEmail

Bo Burnham’s ‘Inside’: A Comedy Special and an Inspired Experiment