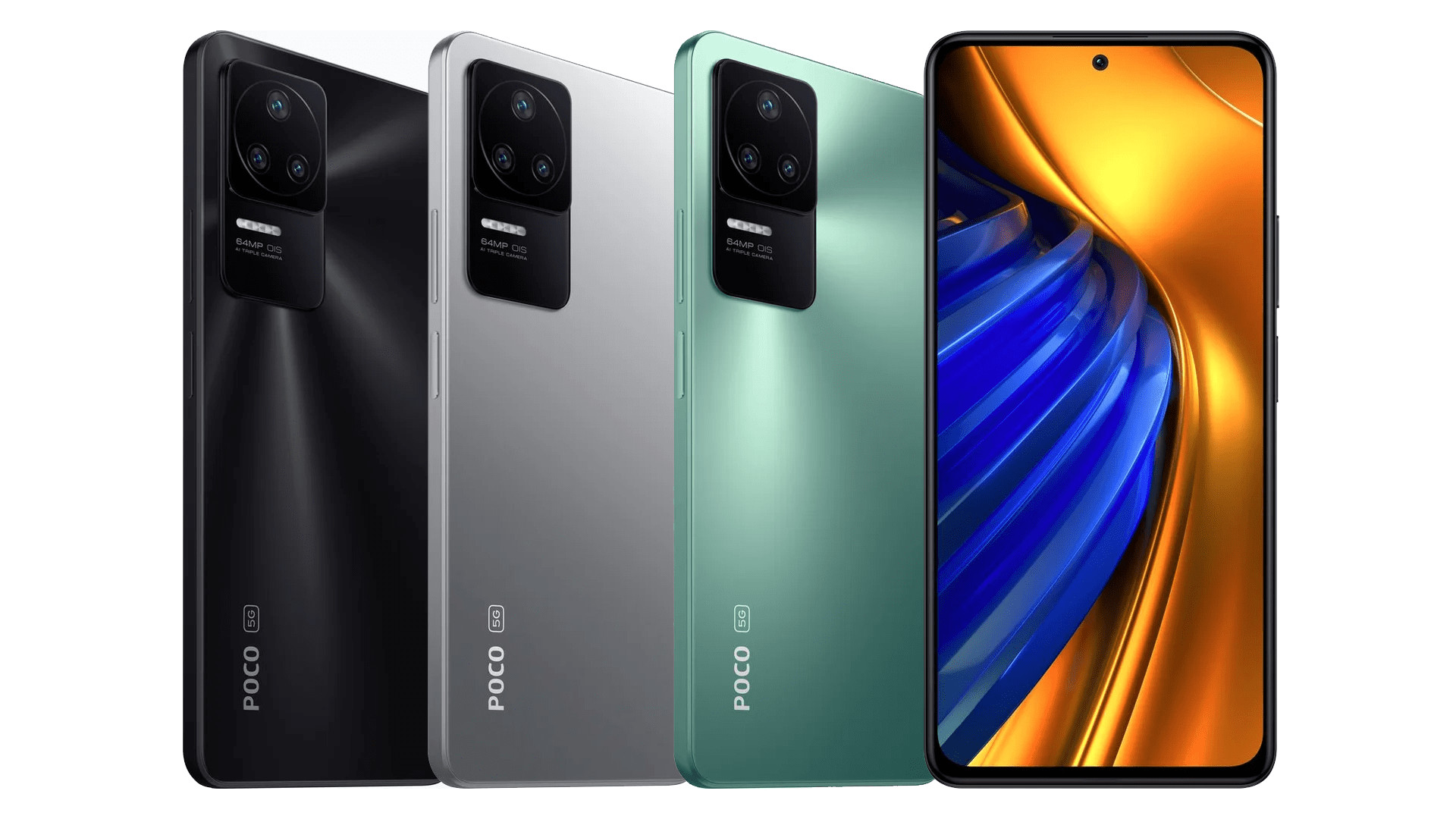 Poco confirmed that it will launch the Poco F4 and Poco X4 GT globally on June 23, adding that the former device will arrive with a Snapdragon 870 chipset. Now, it looks like the phones have been leaked in full.

We already know what the Poco F4 will look like owing to Indian reviewers posting images online. But ever-reliable German outlet WinFuture has fully detailed the specs too, and it’s indeed largely in line with the China-only Redmi K40s.

Poco’s next F-series phone will also offer a 4,500mAh battery, 67W wired charging (no wireless charging here), and a triple rear camera system. The company previously confirmed that it’ll have a 64MP primary camera with OIS, but WinFuture adds that the phone also has an 8MP ultrawide camera and a 2MP macro sensor. A 20MP camera is said to handle selfies and video calls.

In other words, the only major difference between the Poco F4 and Redmi K40s seems to be the switch from a 48MP main shooter to a 64MP sensor.

The two phones are also expected to get dual-SIM support and the Poco flavor of MIUI atop Android 12.

The Poco F4 could be priced just under €430 (~$447) while the Poco X4 GT is said to have a price tag of under €400 (~$416). This puts the former within touching distance of the Pixel 6a and the Samsung Galaxy A53. Meanwhile, the latter is in line with devices like Samsung’s cheaper Galaxy A series phones.

We’ll need to wait for June 23 to see if these leaks do come to fruition, but it certainly looks like both phones might be worth a look if you need a well-rounded mid-ranger.

Denial of responsibility! TechNewsBoy.com is an automatic aggregator around the global media. All the content are available free on Internet. We have just arranged it in one platform for educational purpose only. In each content, the hyperlink to the primary source is specified. All trademarks belong to their rightful owners, all materials to their authors. If you are the owner of the content and do not want us to publish your materials on our website, please contact us by email – [email protected]. The content will be deleted within 24 hours.
aheadbreakcovergadget updatelatestlaunchofficialPocos
Share FacebookTwitterGoogle+ReddItWhatsAppPinterestEmail

Apple Watch Series 8 will reportedly be able to take your…