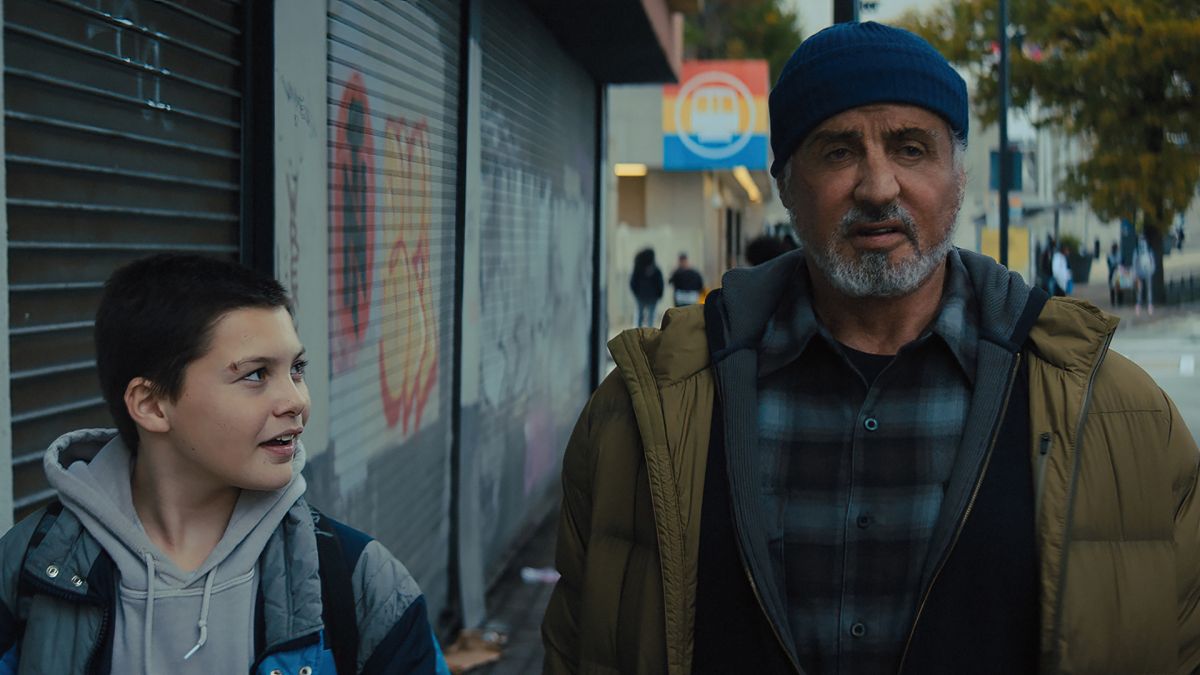 The official trailer for the Sylvester Stallone-starring Samaritan has been revealed – and it looks like another surprisingly good superhero offering from Amazon Studios.

Intrigued? You should be. The forthcoming superhero film looks like Rocky, Logan, Unbreakable, and Superman all rolled into one. Prime Video subscribers, then, will want to add this flick to their watch list ahead of its August 26 release.

Check out the official trailer for Samaritan below:

Based on Bragi F Schut, Marc Olivent, and Renzo Podesta’s comic series of the same name, Samaritan stars Stallone as Mr. Smith, an elderly and reclusive Granite City citizen and neighbor to teenager Sam Cleary (Euphoria and The Umbrella Academy’s Javon ‘Wanna’ Walton). One day, when Sam is attacked on the way home from school, Smith steps in to save the day – and, to Sam and his bullies’ surprise, displays abilities of a superhuman nature.

Putting two and two together, Sam realizes that his savior is none other than Samaritan, a superhero thought to have perished in a titanic, fiery battle with his arch-rival Nemesis 25 years earlier. Smith has been laying low ever since and, despite an increase in criminal activity in the three decades since he faked his own death, Smith refuses to adopt his superhero mantle once more. It’s up to Sam, then, to coax Samaritan out of retirement and rescue a city on the brink of chaos.

Based on its teaser trailer, Samaritan looks like it’ll be a far cry from other Prime Video superhero offerings. The Boys and Invincible, two of the best Prime Video shows, are jewels in Amazon’s streaming crown, albeit ones with a hard R rating.

By contrast, Samaritan seems as though it’ll toe the line of a PG-13 film (that’s a 12 rating in the UK), which would align it with similarly rated superhero flicks including every Marvel movie to date and most Batman films. Samaritan’s gritty, real world aesthetic is sure to draw comparisons with other non-Marvel or DC films, such as Unbreakable and Chronicle, while its locations and sets have the smaller scale budget look and feel of those seen in early Rocky movies. Given its “reclusive superhero meets starry-eyed youngster” story, too, Samaritan seems like it’ll take its cues from another superhero film in 2017’s Logan, although it’s sure to bypass the mature content on show in that X-Men movie.

Samaritan’s supporting cast includes Game of Thrones alumnus Pilou Asbaek, Spider-Man: No Way Home’s Martin Starr, In The Heights’ Dascha Polanco, and Riverdale’s Sophia Tatum. The movie adaptation’s script has been penned by Samaritan’s co-creator Schut, with Julius Avery (Overlord, Son of a Gun) on directing duties. Stallone and Braden Aftergood (Nobody, Hell or High Water) are among Samaritan’s producers.

Having been delayed several times by the pandemic, Samaritan will launch on Prime Video worldwide on Friday, August 26.

Denial of responsibility! TechNewsBoy.com is an automatic aggregator around the global media. All the content are available free on Internet. We have just arranged it in one platform for educational purpose only. In each content, the hyperlink to the primary source is specified. All trademarks belong to their rightful owners, all materials to their authors. If you are the owner of the content and do not want us to publish your materials on our website, please contact us by email – [email protected]. The content will be deleted within 24 hours.
boysCrygadget updateInvinciblePrimeProjectSuperherotech boy
Share FacebookTwitterGoogle+ReddItWhatsAppPinterestEmail

Consumers left out of pocket as security costs soar