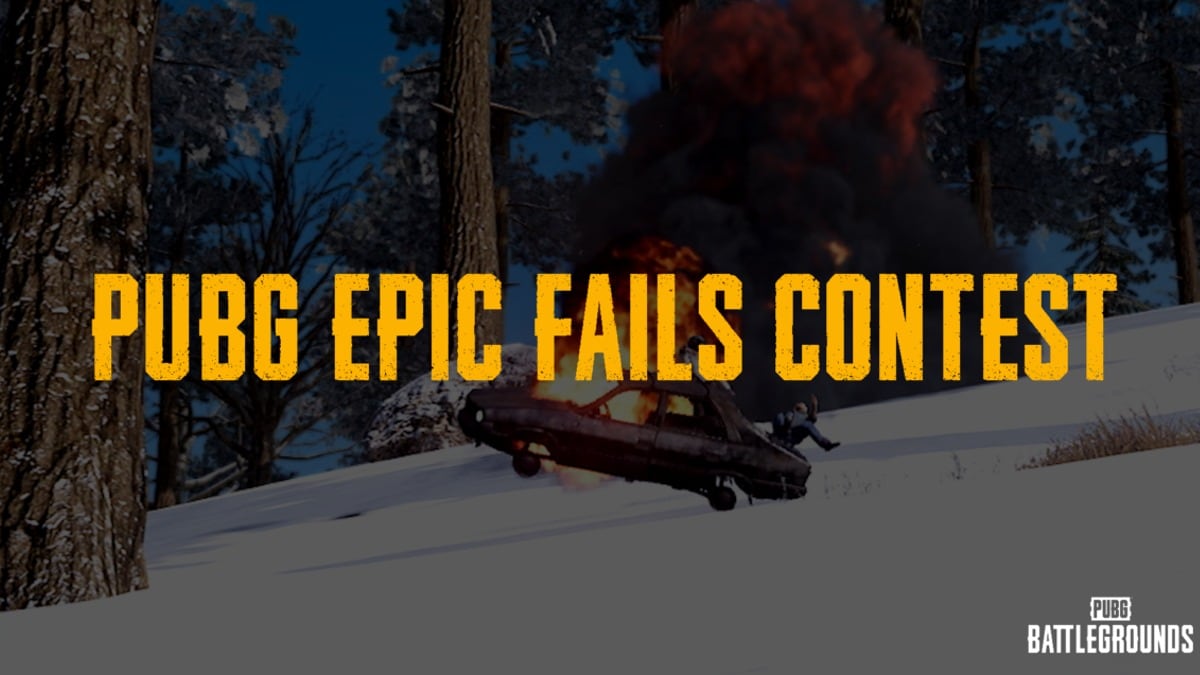 PUBG: Battlegrounds publisher Krafton has announced that it is hosting a PUBG Epic Fails event for PC and consoles in which new and existing players can submit their in-game “fail” moments to stand a chance to win rewards. A total of 22 winners will be announced at the end of the event, the South Korean publisher said. Recently, the game switched to a free-to-play model with players getting benefits like additional G-Coin (in-game currency), a 100 percent boost for Survival Mastery XP, and special in-game items.

In order to take part in the PUBG Epic Fails event, new and current PUBG: Battleground players can submit short video clips or screenshots of their most embarrassing or funny in-game moments via Twitter, Instagram or Facebook using #PUBGEpicFails, as per a press release by Krafton, which is also the developer of the popular mobile battle royale game Battlegrounds Mobile India. The funny moments can include pointless deaths during combat, dying just before getting Chicken Dinner, or absurd stunts. These entries can be sent till 11pm PST on February 22 (12pm IST on February 23) with the player’s in-game nickname and their preferred game platform (e.g., PlayStation, Xbox, Steam, etc.).

The winners of the PUBG Epic Fails event will be announced by February 28, and they will be awarded 20,000 in-game currency (G-Coin), a 16.2 Survivor Pass and a real-life trophy to humorously commemorate their ‘fails’. There will also be 100 PUBG: Battleground players who will be selected as “Weekly Best” winners and will receive a random G-Coin crate containing between 500 and 50,000 G-Coin, Krafton said.

As mentioned, publisher Krafton announced on January 12 that PUBG: Battlegrounds switched to a free-to-play model, and is available to all gamers for free on PC and consoles. It also introduced a one-time, non-recurring Battlegrounds Plus premium account upgrade which gave players benefits like additional G-Coin, a 100 percent boost for Survival Mastery XP, special in-game items, and custom match functionality with access to the Ranked game mode.

Denial of responsibility! TechNewsBoy.com is an automatic aggregator around the global media. All the content are available free on Internet. We have just arranged it in one platform for educational purpose only. In each content, the hyperlink to the primary source is specified. All trademarks belong to their rightful owners, all materials to their authors. If you are the owner of the content and do not want us to publish your materials on our website, please contact us by email – [email protected]. The content will be deleted within 24 hours.
BattlegroundscurrencyEpiceventfailsgadget updatehostingingame
Share FacebookTwitterGoogle+ReddItWhatsAppPinterestEmail