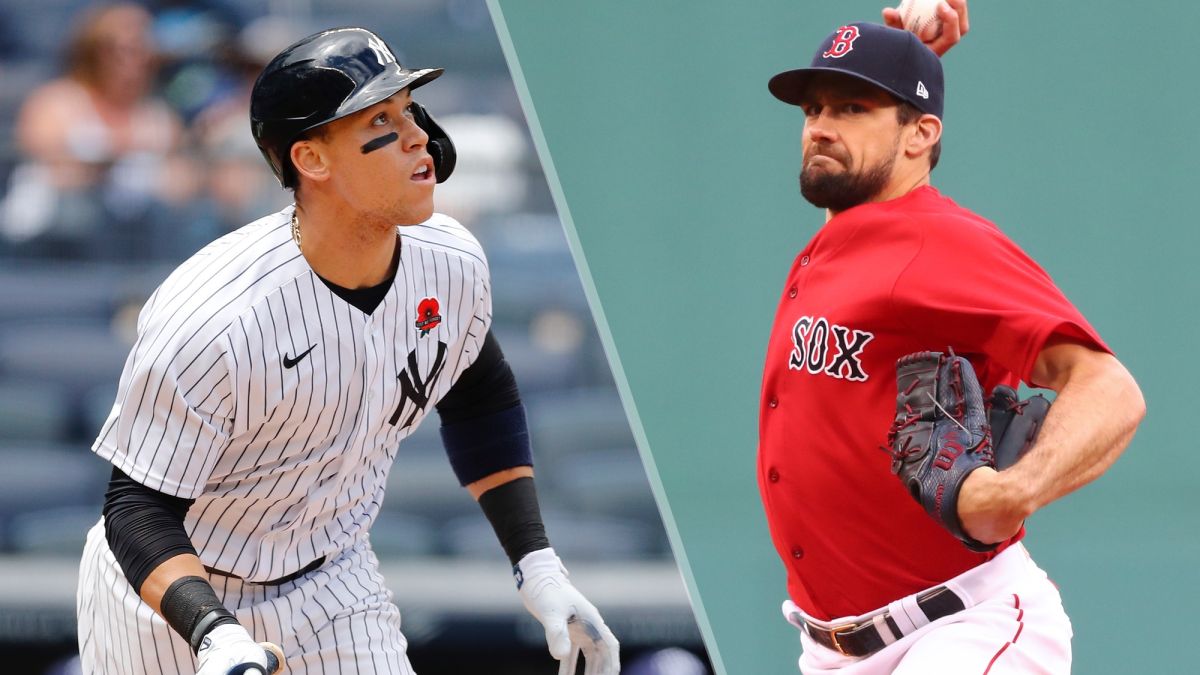 Red Sox vs Yankees live streams: How to watch the rivalry this weekend

Boston took the first of three Red Sox vs Yankees live streams, and looks to roll tonight. The Bronx Bombers trail their eternal rivals, who weren’t supposed to be a big threat this season. And both teams have a lot to earn from sweeping this trio of MLB live streams.

The Yankees may not be leading the pack, but they greet Boston after splitting four games against Tampa Bay, the division leaders. Boston, meanwhile, only took one of four games against the Astros. As for these games, the pitching matchups aren’t much to write home about, a bunch of guys with losing records and/or ERA’s above 3.25.

Therefore, we expect the Yankees will be relying on their lumber to awaken from slumber. Sure, Aaron Judge has been phenomenal, and the same can be said for Giancarlo Stanton when he’s healthy, but Brett Garnder, Clint Frazier and Rougned Odor are batting under .200. Hopefully Miguel Andújar stays on his recent hot streak.

That said, Boston’s been striking out a lot lately, while still managing about 5 runs per game.

The Sox are right behind Tampa, and their win extended their lead over the Yankees. So, if these three games go in Boston’s favor, it will likely mean a stretching of that small gap between them.

How to avoid Red Sox vs Yankees blackouts with a VPN

OK, somehow you’re travelling right now, or you’ve been hit by a dreaded local blackout — and you can’t watch Red Sox vs Yankees. Live streams are still possible in your neck of the woods, with a virtual private network, or VPN, you can appear to be surfing the web from your home town (or somewhere that blackouts won’t hit), and access the same streaming services you already paid for.

We think speed, security and simplicity make ExpressVPN second to none. During our tests, we saw fast connection times, and we’re impressed by the service’s ability to access more than 3,000 services spread out across 160 locations in 94 countries. There’s a 30-day money-back guarantee if you’re not satisfied.View Deal

Red Sox vs Yankees live streams in the US

In the U.S. the Red Sox vs Yankees live streams start at around 7 p.m. ET on Friday, Saturday and Sunday.

The full breakdown is as follows:

Local blackouts may apply, so you might not be able to watch the MLB Network stream if you’re in the YES or NESN region.

Sling TV’s got all three games with the $50 per month Sling Orange + Blue package (which has ESPN and FOX) and if you add on the $14 per month Sports Extra deal, you’ll get the MLB Network.

Fubo’s $75.99 per month Sports Plus package has ESPN, FOX, the MLB Network and NESN.

Of those, we recommend Sling TV or Fubo TV, two of the best streaming services. Want to watch YES? You need AT&T TV.  Trying to work around regional limitations that may apply? Express VPN is a great way to skirt blackouts.

MLB.TV ($25 per month/$129 per year), is also streaming out of market games, but if you want more than just baseball, it’s not a complete solution. T-Mobile customers get free MLB.TV, along with a free subscription to the sports site The Athletic.

One of the best options for watching nationally-broadcast MLB action is the Sling TV Blue + Orange package, which costs $45 as getting only one half ($30 per month) will have you losing out on some of the major networks: ESPN, Fox, Fox Sports and TBS. For another $10 per month, you can get the MLB Network tacked on, along with ESPNEWS, NBA TV, the NHL Network, and more. Local FOX and NBC affiliates are included.View Deal

Fubo.TV: The best streaming service for many sports, Fubo has all of the right network channels and the cable channels you don’t want to go without. Who needs cable? Not Fubo subscribers. It’s got a seven-day free trial so you don’t need to pay up front.View Deal

AT&T TV has YES, FOX and ESPN, so it’s got some folks covered for their regional sports. Make sure your local sports network is in your package when signing up. AT&T TV starts at $69.99 per month, and packs more than 65 channels.View Deal

Red Sox vs Yankees live streams in the UK

BT Sport has the rights to MLB action in the UK through 2022, including these games, which air live at around midnight BST. Those visiting the UK and striking out, while trying to use the service they pay for can check out Express VPN.

Alternatively, another bet is MLB.TV, also available in the UK. It’s approximately £50 a month, with zero blackout rules.

In Canada, you’ll get some, but not all of the Red Sox vs Yankees live streams. TSN3 has Saturday and Sunday’s games. We don’t see the Friday game on TSN or SportsNet lineups.

If you’re visiting Canada from abroad, you can use the streaming services you already pay for with a VPN, such as Express VPN.

Denial of responsibility! TechNewsBoy.com is an automatic aggregator around the global media. All the content are available free on Internet. We have just arranged it in one platform for educational purpose only. In each content, the hyperlink to the primary source is specified. All trademarks belong to their rightful owners, all materials to their authors. If you are the owner of the content and do not want us to publish your materials on our website, please contact us by email – [email protected]. The content will be deleted within 24 hours.
gadget updateliveredrivalrySoxstreamstech boytech news
Share FacebookTwitterGoogle+ReddItWhatsAppPinterestEmail