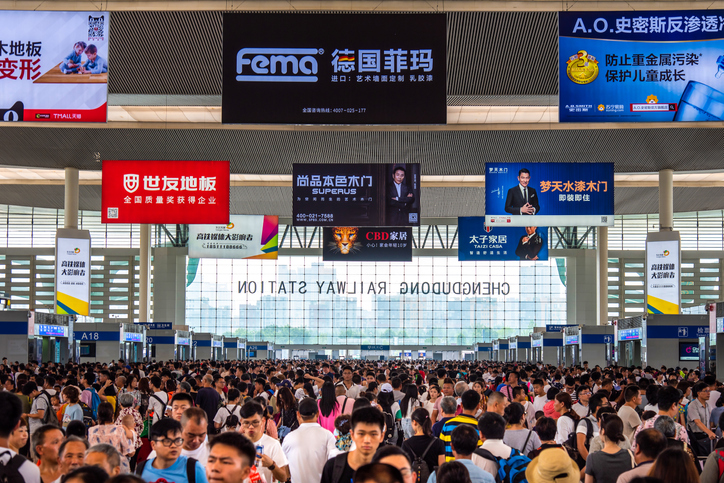 Angry bank customers who travelled to a city in central China attempting to retrieve their savings from troubled rural banks were stopped in their tracks by a common technology: a QR code.

The QR code, which residents are required to have, is supposed to display one’s health status, such as if they have COVID-19 or have been a close contact. In central Henan province, some Chinese people found that the health code was used to enforce crowd control.

The incident has started a national debate on how a tool designed for public health has been appropriated by political forces to tamp down controversy.

The issue started in April, when customers found that they could not access online banking services. They tried multiple times to report the banks and get their money back, but didn’t get an answer.

Thousands of people who had opened up an account with one of six rural banks scattered in neighbouring Henan and Anhui provinces started trying to withdraw their savings after media reports that the head of the banks’ parent company was on the run.

The majority shareholder of several of the banks, Sun Zhenfu, was wanted by authorities for “serious financial crimes,” according to official media outlet The Paper.

Authorities likely feared a bank run, which is not uncommon with smaller banks in China that tend to be less stable than their larger, institutional counterparts.

Customers from all over the country were connected with these rural banks through national financial platforms like JD Digits. There, the small banks sold customers on financial products like fixed deposit accounts with higher interest rates, which requires people to leave their money in for a set amount of time, according to Sixth Tone, the English-language sister publication of The Paper.

Unable to resolve the issue online, customers set out earlier this week to demand government action at Henan province’s office of the China Banking and Insurance Regulatory Commission in the provincial capital Zhengzhou. But after arriving in the city, they found they couldn’t go far.

In one since-deleted account published on WeChat, a woman surnamed Ai had arrived in Zhengzhou. Shortly after checking into a hotel, she was questioned by a group of police who asked her why she was in Zhengzhou. She replied honestly: To withdraw money from the bank. Shortly after, she found her health code was turned red even though she had a negative COVID-19 test result from the past 48 hours.

She was immediately taken to a quarantine hotel by a pandemic prevention worker.

Sixth Tone interviewed over a dozen people who found their health codes turned red after they scanned a QR code in the city.

In China, places like train stations and grocery stores have a QR code for people to scan at the entrance, logging their presence as a tool for contact tracing during the pandemic. When a person is deemed to be positive or at high risk due to close contact with a COVID-19-positive person, their own codes are turned different colours that correlate to restrictions such as mandatory quarantine.

With a red health code, it’s impossible to go to any public venues, or even to board a train.

One bank customer, who gave her last name as Liu, said she saw many had reported their health codes turning red after arriving in Zhengzhou.

Liu, who did not go to Zhengzhou herself, said she tested the code change after others reported it in their shared group chat. After scanning the QR code from a photo someone had shared in the group, Liu found that her health code also turned red.

Another bank customer told Sixth Tone that he got a red code after scanning in at the train station in Zhengzhou and was taken into police custody. A few hours after police officers made him leave Zhengzhou that evening, his health code turned green.

Jiakedao, a social media account run by the main Communist Party paper, criticized the Henan authorities in an editorial on Tuesday.

“Let’s be frank, no matter which department or individual instigated it, arbitrarily using the epidemic prevention and control measures for social governance’ or stability maintenance,’ should be strictly held accountable,” the editorial read.

An official with Henan’s Pandemic Control Committee said in response to Jiakedao that authorities were investigating the reports of health codes being turned red.

Denial of responsibility! TechNewsBoy.com is an automatic aggregator around the global media. All the content are available free on Internet. We have just arranged it in one platform for educational purpose only. In each content, the hyperlink to the primary source is specified. All trademarks belong to their rightful owners, all materials to their authors. If you are the owner of the content and do not want us to publish your materials on our website, please contact us by email – [email protected]. The content will be deleted within 24 hours.
Chinacontrolcrowdgadget updatehealthresidentstech boytech news
Share FacebookTwitterGoogle+ReddItWhatsAppPinterestEmail

Lazy software fixes are creating even more problems for…