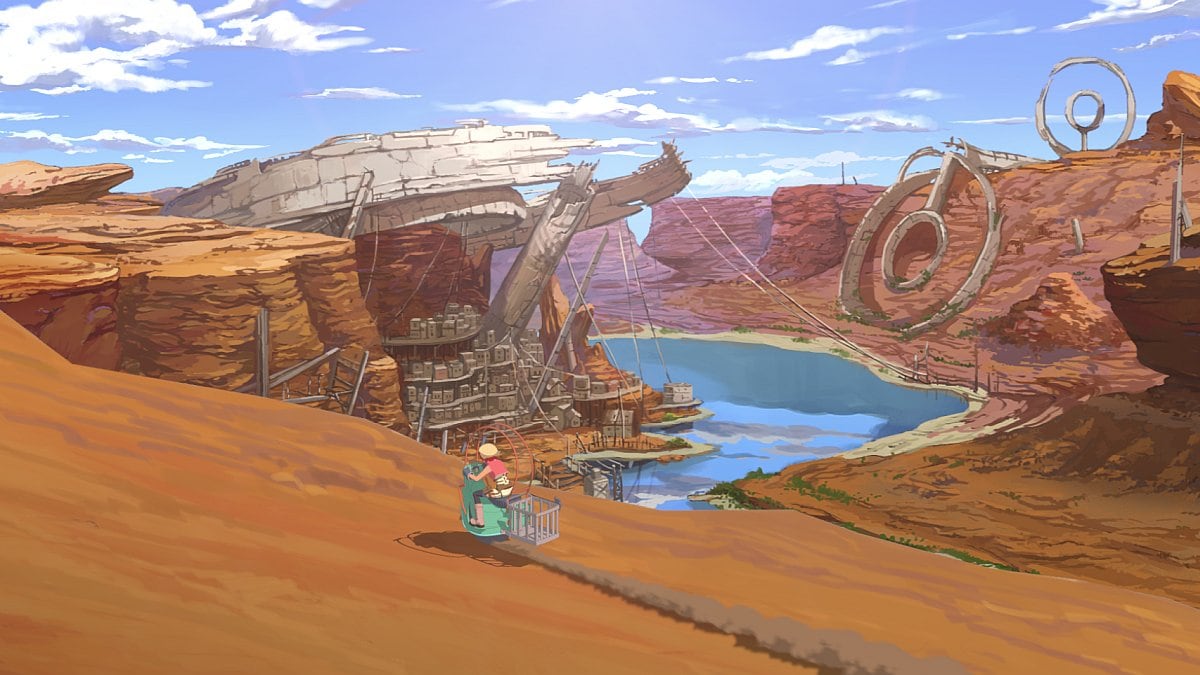 Eden is Netflix’s first original Japanese anime. Original not as in a “Netflix original”, but rather as an original IP. And it has some big names attached behind the scenes, with Fullmetal Alchemist director Yasuhiro Irie helming the series, while Cowboy Bebop character designer Toshihiro Kawamoto is responsible for the characters. Both of those anime series developed a cult following and are on the must-watch list of any anime aficionado. Does any of this translate into making Netflix’s Eden a classic anime for the ages? Not really.

A four-episode series with no real scope of getting a second season, Eden follows the time-worn trope of a far-off future where humanity has wiped itself out, and only the robots remain. World War VII came to pass, with climate change, industrial waste, and a pandemic speeding along the process of self-destruction, we are shown in flashbacks. A young scientist, Dr. Weston Fields (voiced by Koichi Yamadera, and Neil Patrick Harris in English) is put in charge of creating an “eden” for humans, where robot caretakers are tasked with revitalising the toxic Earth while their masters wait in cryostasis.

There is a persistent theme of morbidity running through Eden, something that’s of course hard to avoid thanks to the show’s very premise. This is accentuated by a number shown several times during the series, one that’s in the hundreds of billions and slowly counting down – leaving one wondering as to its significance until the big revelation.

It’s in this setting, a thousand years after humans stopped walking the Earth, that a toddler is found in an errant stasis pod by a pair of farming robots, A37 (Kyoko Hikami and Rosario Dawson) and E92 (Kentaro Ito and David Tennant). Uncertain of how to proceed with standing orders to apprehend and destroy any individuals of the destructive human race, the robots decide to secretly raise the girl child, Sara (Marika Kuono and Ruby Rose Turner), outside the robot outpost of Eden 3 on the lushly-transformed Earth. What follows is the growth of the child into a young adult, raised by robots that worry and fuss over her in a way that human parents would.

Robots A37 and E92 with their human ward, Sara
Photo Credit: Netflix

In addition to the aforementioned trope of a future where humans annihilate themselves and their robot servants survive, there are other common science-fiction tropes that abound in Eden – are robots better than humans? Can robots care and suffer? Or are they unthinking automatons? Can we feel empathy towards robots? How will a child raised by machines, all alone in the world, think? Are Earth and its myriad creatures better off without humans? Or, will reviving humanity doom the now-flourishing planet once again?

Eden asks the audience these questions, but never takes a stance – and that’s good, as it makes it a thought-provoking affair. I should note, however, that the Netflix show has a maturity rating of 7+ – it’s made to be watched by kids, you can tell – and so while the questions are intelligent, there are aspects that may not satisfy the adult viewer.

The first thing that prevents it from being adult fare is its length. It’s short, just four episodes of 25-minute length. That doesn’t leave much time to tell a detailed story, more so once you consider that most of it is centred on an adolescent, with little more than a quarter detailing the backstory or other events. But, there is a benefit to this as well. The entire show is comfortably watchable in a single sitting, something the whole family can enjoy on a lazy Sunday afternoon.

While the plot can be described as sufficiently well-fleshed out to tell a short-but-complex tale, there are some frankly unbelievable incidents, where events are perhaps too convenient for the protagonist. Overall, they don’t detract much from the telling. There’s even a modified version of Asimov’s Three Laws of Robotics in effect, and though it is meant to take a central place in the storyline, its significance is rather hollow. An interesting distinction that isn’t cleared up is the difference between the AI and the robots in the series. Are they different degrees of intelligent? Are robots not sentient but only the AI? You decide. 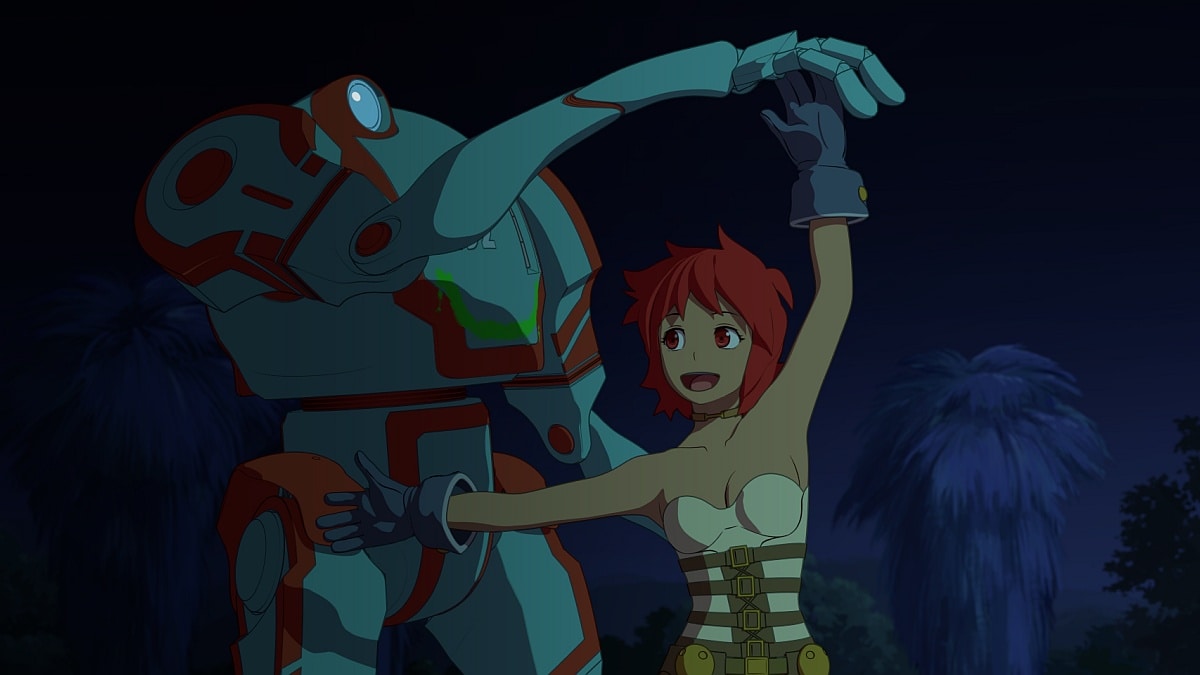 Sara dancing with E92 in one of the happier scenes of Eden
Photo Credit: Netflix

Many of Eden’s characters and their behaviour can be described as ‘kawaii’, and can be overtly cute at times. I personally cringed in several parts of the series, from Sara’s outbursts to the antics of her robot parents. Somehow, this is also where the series shines, in creating very endearing moments of human-robot interaction. I came to gravitate towards the warmth expressed by the robots. Eden has great voice acting for the robot and human characters, at least, in the Japanese version. In the English dub, though it has some serious star power – with the likes of Tennant, Patrick Harris, and Dawson – it all seems rather bland.

But in part due to this robot empathy the series develops in the audience, the threat of robot-to-robot violence or potential destruction of good robot characters stands out. While certainly there is nothing gory or gratuitous about the violence that does occur, there are more than a few painful-to-watch scenes, such as robots being forcibly reprogrammed. In a way, it follows the tradition of cartoon violence – where as long as there is no blood, and where humans (and sometimes, even animals) aren’t injured, the line isn’t being crossed. 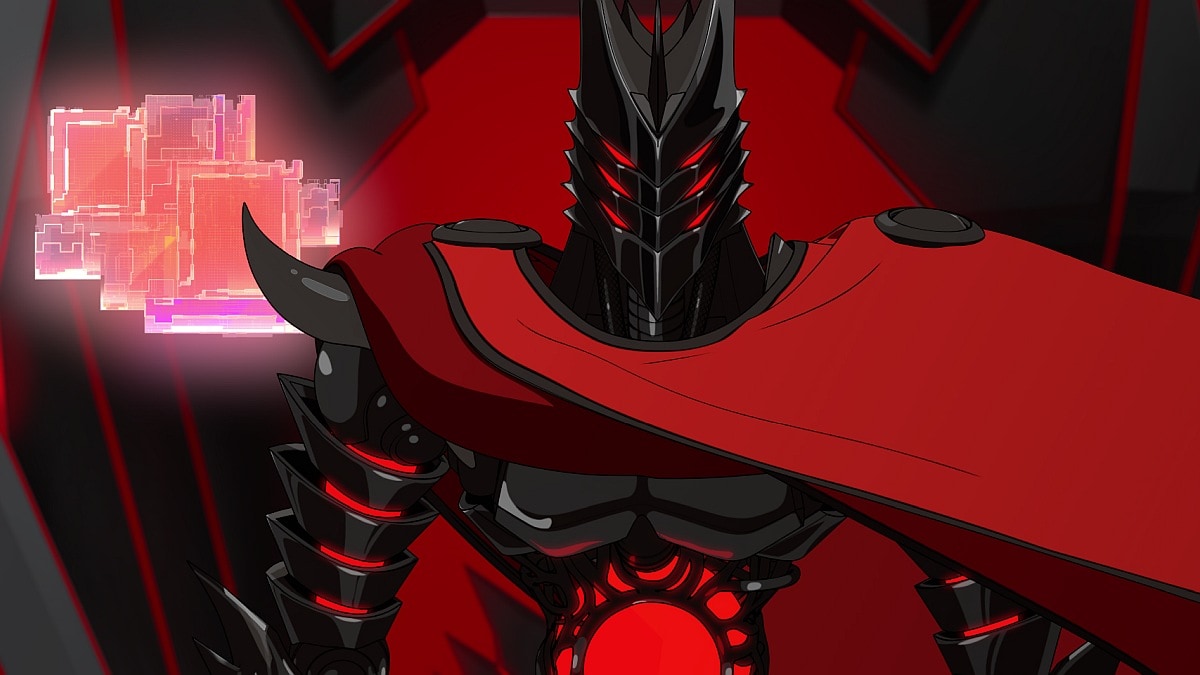 The villain – Zero – the robot in charge of Eden 3
Photo Credit: Netflix

As earlier mentioned, Cowboy Bebop’s animation director and character designer Kawamoto is the character designer on Eden. While I think he’s done a great job on the whole, the villain Zero, though beautifully designed, stands out a bit too much from the rest of the world. Perhaps that’s the intention. The score by Kevin Penkin is suitably adventurous, fitting well with the theme. There’s a fair bit of action going on, and it’s smoothly choreographed in most cases, from the heists and escapes to the mech-on-mech boss battle.

A short affair that is good for a one-time watch, Eden’s post-dystopian vision of hope amid pathos will leave behind a few indelible memories however.

Denial of responsibility! TechNewsBoy.com is an automatic aggregator around the global media. All the content are available free on Internet. We have just arranged it in one platform for educational purpose only. In each content, the hyperlink to the primary source is specified. All trademarks belong to their rightful owners, all materials to their authors. If you are the owner of the content and do not want us to publish your materials on our website, please contact us by email – [email protected]. The content will be deleted within 24 hours.
animeDystopiaEdeneden netflix review anime trailer cast yasuhiro irie toshihiro kawamoto edengadget updateJapanesenetflixNetflixs
Share FacebookTwitterGoogle+ReddItWhatsAppPinterestEmail