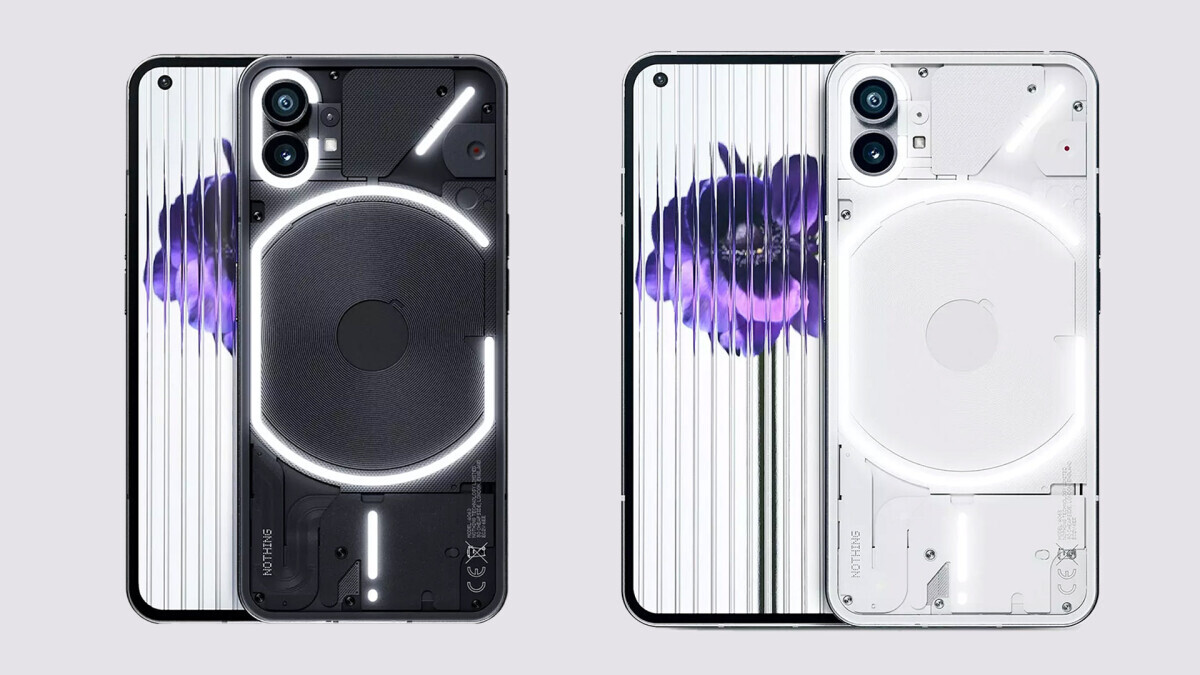 By Scott Marlette Last updated Aug 2, 2022
Share
Last month we saw the introduction and the release of the Nothing Phone (1), the brainchild of former OnePlus co-founder Carl Pei who left OnePlus to start anew with Nothing. The company’s first product, as you might already know, was the Nothing ear (1), a pair of true wireless stereo earbuds. And while it is way too early to judge whether the Nothing Phone (1) has been a success, there is already a rumor involving a second handset for the company.
The word on the street, according to The Mobile Indian, is that Nothing is working on a lite version of the Nothing Phone (1) that would be mostly the same as the regular version except it would be minus the fancy rear LED Glyph lighting system that lights up the back of the device when there is an incoming call or notification. The lite version, ironically, will not sport lights on the rear and the device would carry a plain glass back instead.
While the Nothing Phone (1) Lite would still support 33W fast charging, the phone would ship with a 42W charger according to one source. However, the rumor calls for no wireless charging capabilities for the lite model.

According to a rumor, the Nothing Phone (1) Lite would replace the LCD Glyph lighting with an ordinart glass back

Nothing denies that such a phone is being developed (more on that below). Rumored pricing for the Nothing Phone (1) Lite calls for the device to be cheaper than the regular variant of the handset. Pricing would start at the equivalent of $308 (remember, the Nothing Phone (1) is not available in the states) compared to the approximate price of $417 for the current model.

Other changes include the inclusion of 6GB of memory compared to 8GB on the regular version. And without the LCD Glyph lighting system and the wireless charging gear on the back of the phone, the lite model will reportedly have enough internal space to carry a larger 5000mAh battery compared to 4500mAh on the current model.

The rest of the Nothing Phone (1) Lite’s specs would pretty much ape the model that has been released. The latter comes with a 6.55-inch OLED panel with an FHD+ resolution of 1080 x 2400 and a 60-120Hz refresh rate. Under the hood is the Snapdragon 778G+ chipset.

The Nothing Phone (1) Lite is nothing more than a rumor right now, and the fact that Nothing has denied its existence is a big deal. After all, the company has been transparent with CEO Pei doing most of the leaking to the media when it came to both the Nothing ear (1) and Nothing Phone (1). So when the company says that there is no Lite variant in the pipeline, we believe that nothing is coming.

Denial of responsibility! TechNewsBoy.com is an automatic aggregator around the global media. All the content are available free on Internet. We have just arranged it in one platform for educational purpose only. In each content, the hyperlink to the primary source is specified. All trademarks belong to their rightful owners, all materials to their authors. If you are the owner of the content and do not want us to publish your materials on our website, please contact us by email – [email protected]. The content will be deleted within 24 hours.
5000mAhBatterygadget updateglassLitephonePlainRumored
Share FacebookTwitterGoogle+ReddItWhatsAppPinterestEmail