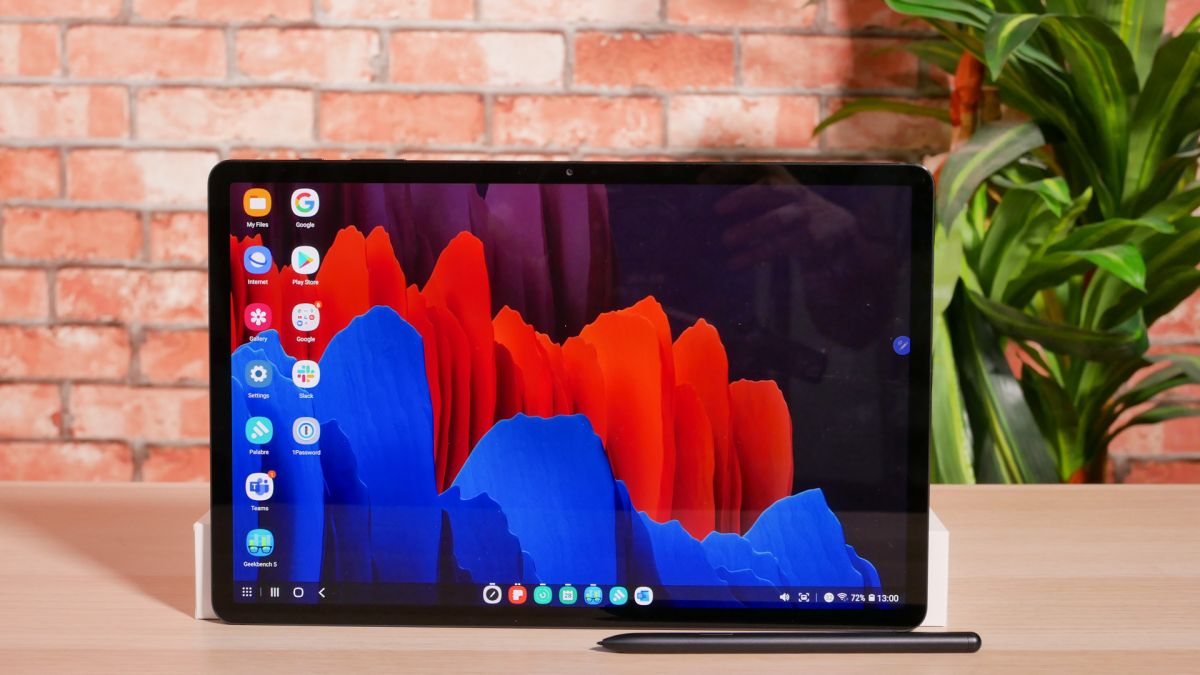 The Samsung Galaxy Tab S8 Ultra is expected to be the top model in Samsung’s upcoming Tab S8 range, and it’s already leaked extensively, but now we’ve also seen high-quality, official-looking renders that show it from all sides.

These come from Evan Blass (a leaker with a great track record), though at the time of writing they’re not visible on his Twitter feed – presumably due to a complaint from Samsung, which has also seen some of his other leaked material removed.

You can however still see some of the images on Phone Arena, where the Samsung Galaxy Tab S8 Ultra is pictured in a grey shade, with an S Pen stylus beside it.

There’s not really anything that we haven’t seen before here, but these images do include a close look at the rumored notch that the Samsung Galaxy Tab S8 Ultra looks destined to launch with.

Relative to the overall size of the slate this is quite small, but it’s an interesting design choice now that the world has largely moved on to punch-holes, Apple aside.

Still, it’s perhaps justified as it appears to house two cameras, which have previously been rumored to include an 8MP main one and a 5MP ultra-wide.

The images also show a silo for the S Pen on the back, next to a dual-lens rear camera. The bezels also appear very slim, thus further justifying the notch.

We’d take these images with a pinch of salt as usual, but they match up with earlier leaks and come from a reputable source, so we’d think they’re probably accurate. We should know soon, as the Samsung Galaxy Tab S8 Ultra is expected to land alongside the Tab S8 and Tab S8 Plus on February 9.

Analysis: getting a head start on Apple

We might see a number of iPads this year, including a new iPad (2022), an iPad Air 5, and an iPad Pro (2022) in two sizes, but none of them are likely to land until after the Samsung Galaxy Tab S8 range, so Samsung’s tablet trio could tempt some buyers before Apple’s next slates even hit the market.

It’s clear that the Tab S8 range is positioned as iPad alternatives too. Based on leaks and their predecessors, these will be high-end slates, with stylus support (much like Apple’s tablets largely work with the Apple Pencil).

In the case of the Samsung Galaxy Tab S8 Ultra, Samsung might even have the iPad Pro range beat, as this upcoming slate reportedly has an even larger 14.6-inch screen.

Denial of responsibility! TechNewsBoy.com is an automatic aggregator around the global media. All the content are available free on Internet. We have just arranged it in one platform for educational purpose only. In each content, the hyperlink to the primary source is specified. All trademarks belong to their rightful owners, all materials to their authors. If you are the owner of the content and do not want us to publish your materials on our website, please contact us by email – [email protected]. The content will be deleted within 24 hours.
anglesgadget updateGalaxyImagesLeakedSamsungshownTab
Share FacebookTwitterGoogle+ReddItWhatsAppPinterestEmail