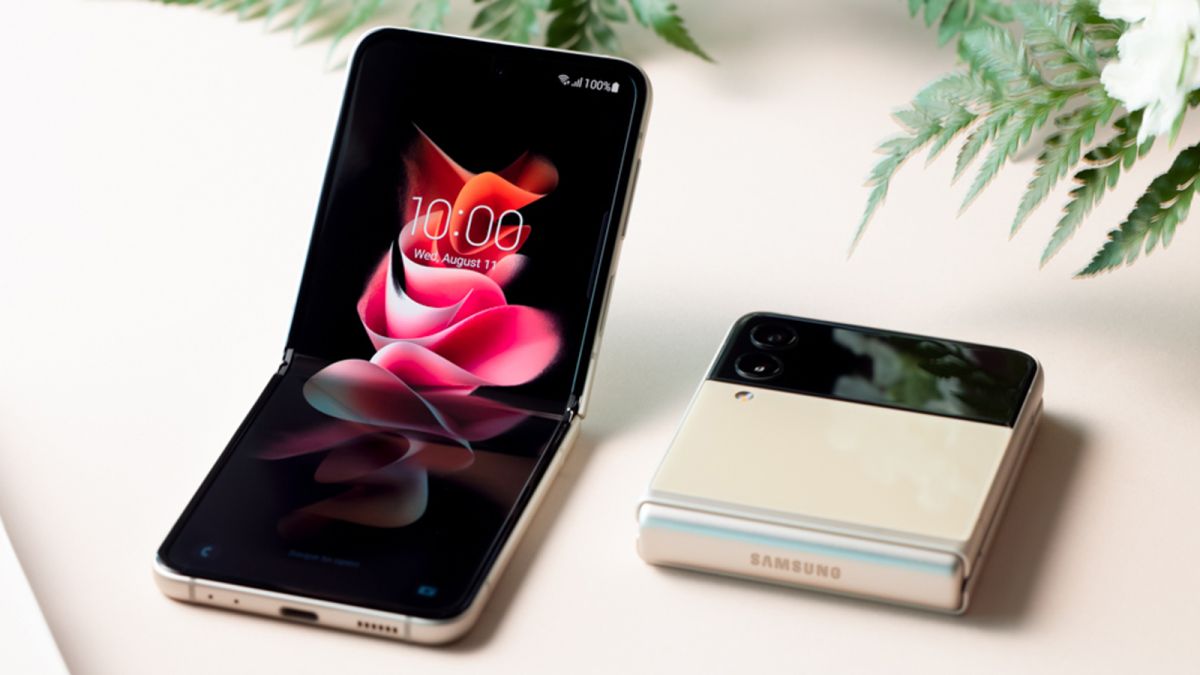 We’ll start with the most recent leak, which is a tweet from the usually reliable tipster Ice Universe (opens in new tab). It says that the crease on the Z Flip 4 will be shallower than the one on the Z Flip 3, and that “most people will be satisfied” with the improvement.

This follows up on an earlier tweet (opens in new tab) from the same source showing some of the cases that have been developed for the Z Flip 4: they reveal that the hinge is now more compact as well, offering another design improvement over the Samsung Galaxy Z Flip 3.

Not to be left out, it seems a similar aesthetic upgrade is in line for the Samsung Galaxy Z Fold 4 as well. A couple of weeks ago we heard that the crease would be less prominent on this foldable phone too, so Samsung is improving the implementation of this technology across the board.

As for the hinge, we’re once again indebted to Ice Universe (opens in new tab) for a tweet a few days ago that showed off a more compact hinge on the Z Fold 4 compared to the Z Fold 3 – the same kind of improvement being talked about for the Z Flip 4.

Apparently the Galaxy Z Fold 4 design has “changed a lot” according to the tipster. We don’t have long to wait to find out: Samsung hasn’t confirmed the existence of the phones or any launch date, but it’s thought that the handsets will be unveiled in August.

Analysis: a steady rate of progress

Foldable phones we’re always going to get better in terms of both form and function: just look at how smartphones in general have progressed over the last decade. The technology, the materials, the manufacturing processes all get better over time, and that leads to phones that look better and work more reliably.

It sounds as though we’re going to see more of that progression with the Samsung Galaxy Z Flip 4 and Samsung Galaxy Z Flip 4 in August. We were pretty impressed with what we saw last year from these foldables, and with Samsung’s years of experience, it’s going to be a tough ask for Apple and Google to match up to them with their own folding devices.

Having less noticeable creases and more compact hinges would of course be welcome this time around – provided that there are no problems with reliability – but for foldables to really break into the mainstream, the prices of these phones have to drop further. That might be where the real challenge for Samsung lies.

If you can’t wait another two months to see these phones for real, you may be interested in all the leaks and rumors we’ve heard so far: we now have full spec leaks for both the Samsung Galaxy Z Flip 4 and the Samsung Galaxy Z Fold 4, so you can decide in advance if one of these foldables is the right phone upgrade for you.

Denial of responsibility! TechNewsBoy.com is an automatic aggregator around the global media. All the content are available free on Internet. We have just arranged it in one platform for educational purpose only. In each content, the hyperlink to the primary source is specified. All trademarks belong to their rightful owners, all materials to their authors. If you are the owner of the content and do not want us to publish your materials on our website, please contact us by email – [email protected]. The content will be deleted within 24 hours.
creasesFlipFoldgadget updateGalaxyhingesimproveSamsung
Share FacebookTwitterGoogle+ReddItWhatsAppPinterestEmail

The 6 biggest Mac announcements we hope to see at WWDC

Microsoft Announces Support For Windows 8.1 to End in January 2023

Microsoft Announces Support For Windows 8.1 to End in…