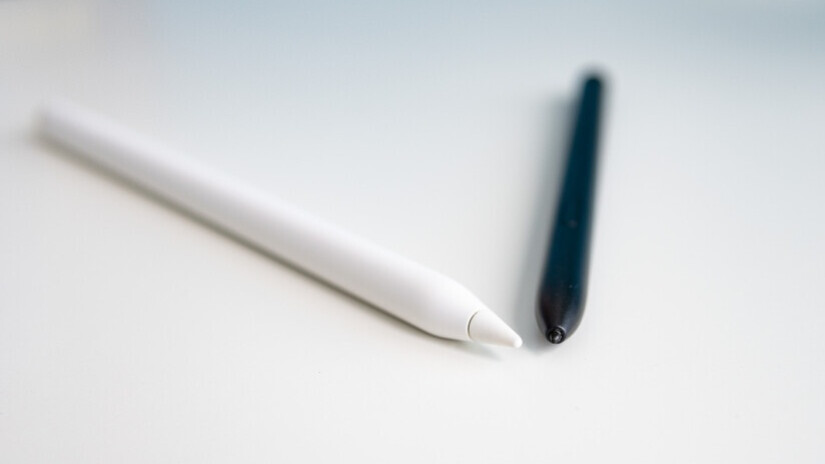 For the past 11 years I’ve been hardcore into tablets – iPads, Android and Windows ones – because the concept of using a sleek and portable touch device as something akin to a computer is just so alluring to me.

And there’s more to tablets than being mere entertainment devices for watching Netflix or YouTube on; Apple’s iPads in particular have slowly morphed into legitimate PC replacements for students and certain professionals, like artists.

On Android’s side, one company in particular is also trying its hardest to create the ultimate pro tablet – Samsung, with its several Galaxy Tab iterations that come with amazing power user features such as DeX, and even a free S Pen stylus.

If you’re an artist, why would you not go with something like the Galaxy Tab S8 Ultra? Or if you’re on a budget – the Galaxy Tab S6 Lite? Why are many YouTube artists choosing the iPad, and choosing to pay extra for the Apple Pencil, when Samsung gives its S Pen stylus for free?

And what do I, an aspiring artist who’s currently doing game assets, prefer and use, and why? Well, let’s start getting some answers.

The 2nd generation Apple Pencil, which both the modern iPad Airs and iPad Pros use, definitely feels premium and has a nice weight to it. It kind of has to, for $130, right?

It’s made out of matte plastic, but as we know – not all plastics are equal, and this is the good kind. No buttons on it, but it does have a touch-sensitive trigger – you can double-tap its bottom half to perform an action, usually switching your tools. The Apple Pencil snaps magnetically on both the iPad Air models and the iPad Pro models to charge, and it’s a very secure snap too.

No wiggle, and trust me, that’s important in order for you to feel like you’re using a well-built premium package, plus it’s important so the Pencil won’t easily fly off and get lost when you’re on the move.

The Samsung Galaxy Tab S Pen stylus on the other hand feels pretty lightweight and cheap(-ish), and the fact that it’s thinner is a bit of a downside for a stylus, but hey – it comes included with the tablets! (Costs $60 separately.)

Despite feeling less substantial in the hand, the S Pen is also made out of matte plastic that feels decent, and a bit softer than the Apple Pencil. Instead of a touch gesture it has a traditional button that can be used for a variety of customizable shortcuts, even outside of drawing apps.

Now, you can normally snap the S Pen on both the top and the backside of the more expensive Galaxy Tab models, like the Galaxy Tab S7+ I’m using right now, but it only charges when placed in the one dedicated spot on the back. And I don’t know about you, but I feel like that’s a worse spot, harder to reach for and easier for the stylus to get lost. However…

The Samsung S Pen feels better to use

Why do I prefer the Samsung S Pen stylus over the Apple Pencil? One significant reason – it has a soft tip.

Here’s the thing – the Apple Pencil has a very hard plastic tip, and when you draw, that hard plastic tip is sliding against hard glass. Tapping it is like tapping your nail on the screen – it’s nowhere near what a real pen-on-paper feels like. And I never liked that.

But eventually I started using the S Pen, and wow – Samsung was smart to design it with a soft tip, thanks to which drawing on the Galaxy Tab feels so much smoother. There’s no plastic-on-glass tapping every time the stylus’ tip touches the screen, it’s a completely silent and satisfying experience.

Samsung was also clever with its app design. When handwriting in Apple’s Notes app you get thin lines by default, that look like chicken scratch, while handwriting in Samsung’s Notes app is pretty fun. Your handwriting there gets variable thickness based on how hard you’re pressing, plus a bonus thing that I really like is that Samsung’s Notes app plays a realistic pen-on-paper sound as you write… Pair that with the soft tip that already feels like writing on real paper – and it’s an experience way more satisfying than Apple’s.

In addition, as soon as you hover over your Galaxy tablet with the S Pen, a little cursor pops up on screen to show you where the stylus is about to land, which can be quite helpful.

So writing notes with a stylus in general feels better on a Samsung tablet, for me at least.

You know how MacBook users, especially YouTubers, often say they use MacBooks because of Final Cut Pro – a really good, and more importantly – exclusive MacOS video editing app? And how iPhone users often use “the ecosystem” or iMessage as their reason for going with iPhone instead of Android? Well, the iPad also has its own exclusive apps to attract and keep its users, and when it comes to artists – the main one is Procreate.

The Procreate app is exclusive to iPad

It’s by far the most popular tablet drawing app, and it’s only on iPad. Android doesn’t have much to offer in terms of a worthy alternative, although Samsung does occasionally advertise Clip Studio Paint as something its users should definitely try out. Like in the following Galaxy S8 Ultra ad:

Well, as someone who’s tried it, among countless other Android drawing apps, I’ll say this – it’s definitely a powerful app and it almost feels desktop-like. In fact, too desktop-like, meaning it’s clumsy and overly-complicated on a tablet, unlike the aforementioned Procreate.

So if you’re an artist who wants a simple, yet extremely powerful app to draw on – you’ll likely go with the iPad, Apple Pencil, and Procreate.

There’s hope, though, that Samsung might bring Procreate to the Galaxy Tab some day, although it’s completely unfounded and my very own, based on how Samsung did promise to bring another popular exclusive iPad app to the Android side. That one is LumaFusion, an awesome iPad video editing app, that I’ve also personally used for years, and can vouch for.

But for now, the iPad seems like the safer way to go for artists. And it’s not just because of that one app – Procreate. iPads are insanely powerful, far beyond the competition, and more importantly – their performance is consistent. No matter how powerful a Galaxy Tab gets, Android might occasionally stutter, an app might crash; you won’t want to deal with any of this if you’re trying to work professionally on your tablet, and that’s a big deal to consider.

But regardless, from the perspective of a user who mainly just needs to do sketches and jot down notes on my tablet – my choice continues to be the Galaxy Tab + S Pen. Because it just plain feels better to use, and closer to real pen-and-paper than an iPad + Apple Pencil. So if you’re in the same boat – you should definitely also consider a Galaxy Tab, before you choose the default (iPad).

However, when it comes to doing actual drawing for professional purposes, I too switch to iPad like most everyone else, and kind of have to, at least until Samsung or any Android developer brings something akin to Procreate over to the other side.

Ultimately, both Samsung and Apple deliver a good stylus experience from a hardware standpoint, but as is often the case – it’s the software experience that makes or breaks a product.

Denial of responsibility! TechNewsBoy.com is an automatic aggregator around the global media. All the content are available free on Internet. We have just arranged it in one platform for educational purpose only. In each content, the hyperlink to the primary source is specified. All trademarks belong to their rightful owners, all materials to their authors. If you are the owner of the content and do not want us to publish your materials on our website, please contact us by email – [email protected]. The content will be deleted within 24 hours.
applegadget updatehotPenpencilSamsungStylustablet
Share FacebookTwitterGoogle+ReddItWhatsAppPinterestEmail