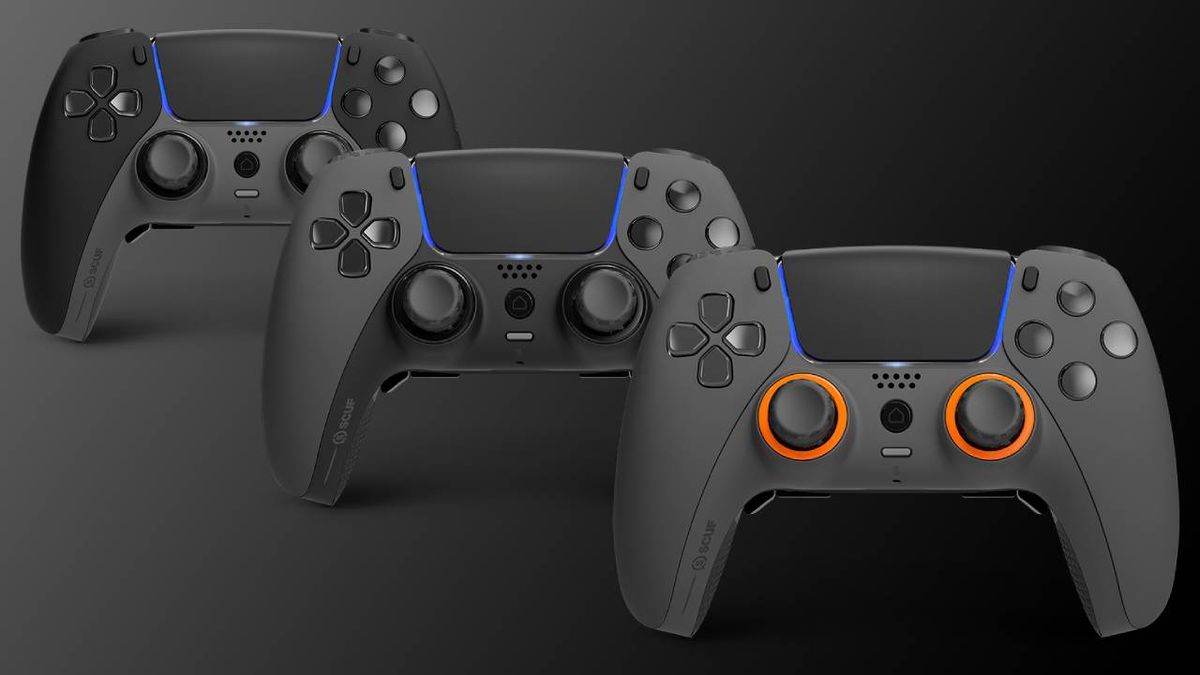 Scuf PS5 pro controller – which one is right for you?

Got your eye on a Scuf PS5 controller? You’re not the only one. Sony may be reluctant to make its own PS5 pro controller, but thankfully renowned manufacturer Scuf has stepped in to help give PlayStation gamers an edge when playing online.

There are three Scuf PS5 pro controllers to choose from, too, giving gamers plenty of choice. The Scuf Reflex, Reflex Pro, and Reflex FPS are all upgraded versions of Sony’s standard DualSense controller, but sadly are still sold out as of writing (though we have seen stock reappear on Scuf’s UK store briefly).

Before you take the plunge on a new PS5 Scuf controller, though, it’s important to know the difference between each model. It isn’t just the price that you have to consider, but also the feature-set of each pad as there are a few notable differences. Let’s take a look at each Scuf PS5 pro controller in detail to see how they compare.

The Scuf Reflex can be considered as the entry option of the three models, but that doesn’t mean you should dismiss it. The pro-level pad costs $199.99 / £199.99 and includes remappable paddles, interchangeable thumbsticks, Bluetooth support, three onboard profiles, and all the usual features you’d expect from the PS5 DualSense such as adaptive triggers and haptic feedback support.

It’s a great option for those who want to own a more competitive pad without losing the features that make the PS5 DualSense so great in the first place and is bound to be a popular choice.

There are two colors to choose from with the Scuf Reflex: Black and White, which is admittedly rather limited compared to the other PS5 Scuf controller models.

The next step up is the Scuf Reflex Pro, which costs $229.99 / £219.99 and has the same features as the Scuf Reflex but adds a high-performance grip – useful if you’re the type who gets sweaty palms during those heated moments when gaming.

Like the Scuf Reflex, you’re getting all the benefits of the DualSense controller here, but with additional features like removable remappable paddles, interchangeable thumbsticks, and a fancy grip. The Scuf Reflex Pro will probably be the most appealing model for the majority of gamers, particularly as it has more color options to choose from.

The most expensive model of the three is the Scuf Reflex FPS, which is really only suitable for those who demand the best performance possible in competitive games.

The Scuf Reflex FPS costs $259.99 / £249.99 and strips out the haptic feedback and adaptive triggers on the DualSense in favor of instant triggers and bumpers. This replaces the full-pull triggers on the DualSense you’re used to with a mouse-click-like action, meaning you can fire quicker than your opponents. The controller is also lighter than the regular DualSense, which may be appealing to some.

If you want to keep the adaptive triggers and haptic feedback, we’d recommend picking either the Scuf Reflex or Scuf Reflex Pro over the Reflex FPS.

What to know how each of the Scuf PS5 controllers compare? Check out the table below to get a clearer idea of the dimensions of each pad, as well as the weight. Both the Reflex and Reflex Pro are a touch heavier than the standard DualSense controller, which weighs just 280 grams. The Reflex FPS pad, however, is actually almost 50 grams lighter than Sony’s official controller.

Do you really need a PS5 pro controller?

If you play a lot of competitive online games, a pro controller can definitely give you an edge. The addition of paddles, or back buttons, means you can assign commands such as jump or reload to these inputs instead of the face buttons, so you never need to take your thumbs off the analog sticks when playing an FPS game. If you’re a casual gamer, however, you’ll probably be fine using the standard DualSense controller.

Will Sony ever make its own PS5 pro controller?

Maybe, but we never saw Sony make a PS4 pro controller. That’s a shame considering Microsoft made the Xbox Elite and Elite Series 2 Wireless controller, which offers the same sort of functionality as the Scuf PS5 controllers. Sony did release a Back Button Attachment for the DualShock 4, but sadly it isn’t compatible with the PS5 DualSense controller.

Denial of responsibility! TechNewsBoy.com is an automatic aggregator around the global media. All the content are available free on Internet. We have just arranged it in one platform for educational purpose only. In each content, the hyperlink to the primary source is specified. All trademarks belong to their rightful owners, all materials to their authors. If you are the owner of the content and do not want us to publish your materials on our website, please contact us by email – [email protected]. The content will be deleted within 24 hours.
controllergadget updateProPS5Scuftech boytech newstech news boy
Share FacebookTwitterGoogle+ReddItWhatsAppPinterestEmail