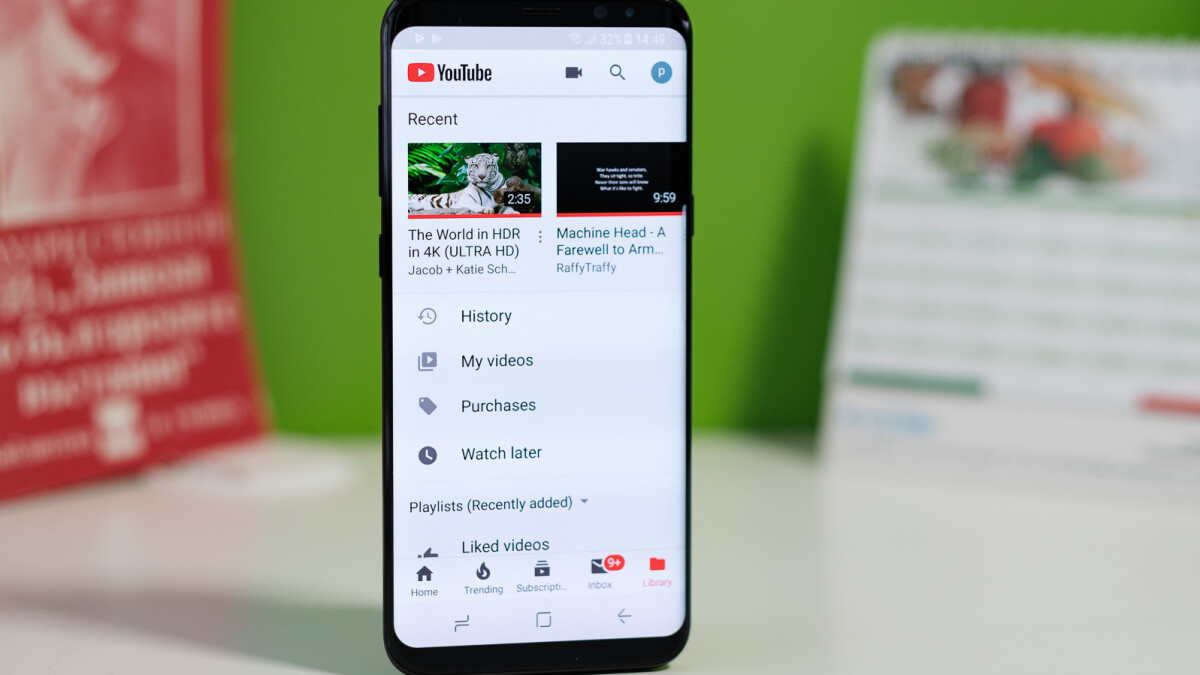 Smart Downloads to come to the main YouTube app on Android

Smart Downloads: a feature you might have seen in YouTube Music (if you’re using the app) seems to be in the works to make it to the main YouTube app as well, reports XDA-Developers. The feature downloads some music tracks (on YouTube Music that is) offline so whenever you’re not connected to Wi-Fi, you can conserve mobile data.

Now, the main YouTube app is testing a similar convenient feature for videos. Smart Downloads on the main YouTube app will automatically download a few videos each week based on an algorithm for recommended videos, so when you’re out and about, you can watch them and still conserve cellular data. For now, the feature is being tested with some users in Europe, who have received a prompt on their Android phones to try the new Smart Downloads feature on the YouTube app. Once you enroll to test it, the app will download a set of 20 videos every week when you’re connected to Wi-Fi.

As we mentioned above, the videos that will be downloaded will be selected based on the algorithm that determines what you will like on YouTube. This algorithm takes into account your watch history and the genres of content you enjoy in order to come up with personalized recommendations for you.

The downloaded videos are then added to your offline playlist with any other videos you might have decided to download manually.

As we can imagine, this feature might sound unnecessary to a lot of people, especially those in regions of the world where there are unlimited mobile data plans. However, it can still be helpful for users who have limited mobile data but still want to enjoy some YouTube videos while commuting. Additionally, the feature might prove useful for users who don’t have a regular internet connection either.

In order to not clog down your phone, the app will notify you in case you have limited storage on your Android phone before it starts downloading any videos. This way, you will be able to take action to make space for the videos or decide you don’t want them after all.

Keep in mind that the feature is currently available only for Android 12 users. At the moment, it is unknown whether it will make its way to older Android operating systems.

Currently, only select users get to try the new feature out, and only in specific regions. On top of that, you need to be a YouTube Premium subscriber if you want to enroll to try the feature. The deadline for enrollment is until February 14. If you’re one of the users who can get to test it, you will be able to see a banner when you open the YouTube App, or you can check by heading to Settings > Try new features if you have this option available.

Recently, we reported on another useful feature (again for YouTube Premium users though) that has rolled out to both the Android and iOS apps. It is dubbed “Listening controls”, and it replaces the options underneath the video window with more useful and clutter-free ones. The Listening controls UI just has a play/pause button, next/previous, and a 10-second rewind and forward. Of course, you will still get the option to like the video, and save it to a playlist. However, the new UI gets rid of the “Up next” feed, therefore decluttering the UI. It can be quite useful when you listen to audio such as music or podcasts.

On the other hand, YouTube Music recently got a useful “Recently played” widget for Android 12.

Denial of responsibility! TechNewsBoy.com is an automatic aggregator around the global media. All the content are available free on Internet. We have just arranged it in one platform for educational purpose only. In each content, the hyperlink to the primary source is specified. All trademarks belong to their rightful owners, all materials to their authors. If you are the owner of the content and do not want us to publish your materials on our website, please contact us by email – [email protected]. The content will be deleted within 24 hours.
Androidappdownloadsgadget updatemainSmarttech boytech news
Share FacebookTwitterGoogle+ReddItWhatsAppPinterestEmail