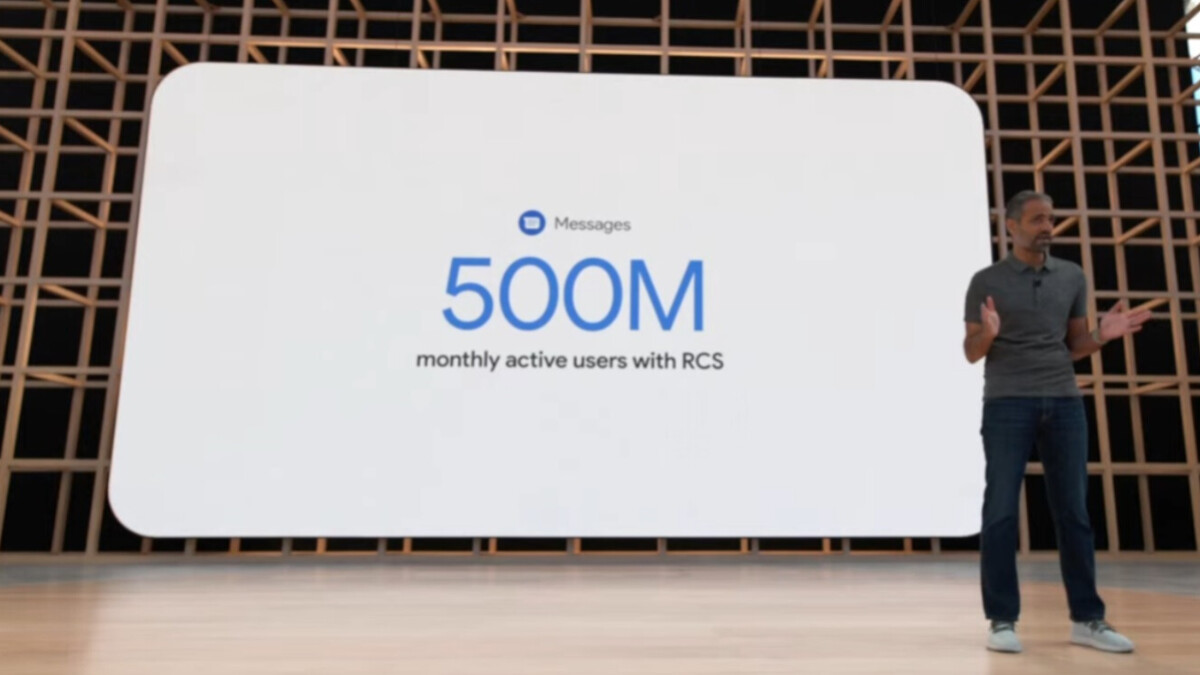 By Scott Marlette Last updated Aug 19, 2022
Share
This past Monday Google released Android 13 much earlier than expected. Besides adding new features like an updated media player, the ability to customize the language, color, and theme of an app, and giving users more control over the data and information that apps are allowed to access. With the update, icons from many third-party apps now match the main color of the wallpaper used on the phone instead of just Google app icons.

RCS is Google’s answer to iMessage

The update to Android 13 also exterminated 151 bugs found on Pixel models including the Pixel 4 and 4XL, Pixel 4a, Pixel 4a 5G, Pixel 5, Pixel 5a, Pixel 6, Pixel 6 Pro, and the Pixel 6a. Unfortunately, the update added a new bug related to Rich Communication Services (RCS). This is Android’s answer to iMessage as RCS offers many of the same features found on the iOS messaging platform.

RCS is Google’s answer to Apple’s iMessage; both platforms have similar features

Because RCS uses a data connection instead of a cellular connection, messages can be sent via Wi-Fi. The maximum number of characters in an RCS message is much more than the cap of 160 found with SMS (Text) messaging, and RCS delivers end-to-end encryption, read receipts, typing indicators, higher-quality images and video, and more.

According to 9to5Google, some Google Fi subscribers have been unable to use RCS with mobile data on their Pixel handsets since they installed Android 13 on their phones. When on Wi-Fi, the platform returns to full functionality.
Interestingly, there are some Pixel users who reported this very same issue during the Android 13 beta test period. For example, on May 26th of this year, a Google Fi subscriber filed a bug report with Google that surfaced on the IssueTracker website. Speaking about RCS, this person wrote “Any time I leave my Wi-Fi it drops the chat service connection. It never reconnects until I get back home.” When he gets back home, we’d assume that his Wi-Fi kicks in allowing RCS to resume working.
Even as recently as July 26th, the IssueTracker website had this post up: “This issue is still occurring on…my Pixel 6 Pro. Chat features are unusable when not on WiFi but mobile data works fine. The posted workaround does not help. Enabling fallback to SMS helps for outgoing messages but incoming messages are not received until WiFi is connected again.”

A Googler on the board posted a workaround that Google Fi users and others are welcome to try:

If you’re suffering from this issue, try the steps above and let us know in the comments section whether they are working out for you.

Of course, RCS has been in the news recently for another reason. Google has been trying to get smartphone users-including iPhone users-to pressure Apple into adding support for RCS on the iPhone and iPad. As you probably are aware, iPhone users in a group iMessage chat lose all the special features that the platform provides once an Android user joins the group. This has resulted in the bullying of Android users on iMessage group chats.

Apple counts on the bullying, peer pressure and angst to sell more iPhones

Google has put up a website that includes pre-written tweets that can be sent to Apple’s Twitter account. Apple has no real reason for supporting RCS since iMessage is a very popular feature that attracts buyers (although, again, RCS has most of the very same capabilities). It’s a shame, but Apple is counting on the peer pressure, the bullying and the angst to sell the iPhone. “Don’t you want me to be popular mom? Then you’d better buy me an iPhone,” has probably been heard by mothers around the world.
Now here’s the thing. Android users in a group chat using RCS see blue text bubbles and when an iPhone user joins the chat, guess what happens. Less advanced SMS technology applies, end-to-end encryption, read receipts, typing indicators, higher-quality images and video all stop working. And the text bubbles turn green. Sound familiar? Yet, we never hear about Android users bullying iPhone users.

Denial of responsibility! TechNewsBoy.com is an automatic aggregator around the global media. All the content are available free on Internet. We have just arranged it in one platform for educational purpose only. In each content, the hyperlink to the primary source is specified. All trademarks belong to their rightful owners, all materials to their authors. If you are the owner of the content and do not want us to publish your materials on our website, please contact us by email – [email protected]. The content will be deleted within 24 hours.
AndroidDatagadget updateinstallingMessagingMobilePixelRCS
Share FacebookTwitterGoogle+ReddItWhatsAppPinterestEmail

I am once again asking you to update your iPhone, iPad, and Mac

RuPay Credit Card UPI Usage: No Charge for Transactions Up to Rs.…

No Charge on RuPay Credit Card UPI Transactions Up to Rs. 2,000, NPCI…

RuPay Credit Card UPI Usage: No Charge for Transactions Up…

No Charge on RuPay Credit Card UPI Transactions Up to Rs.…