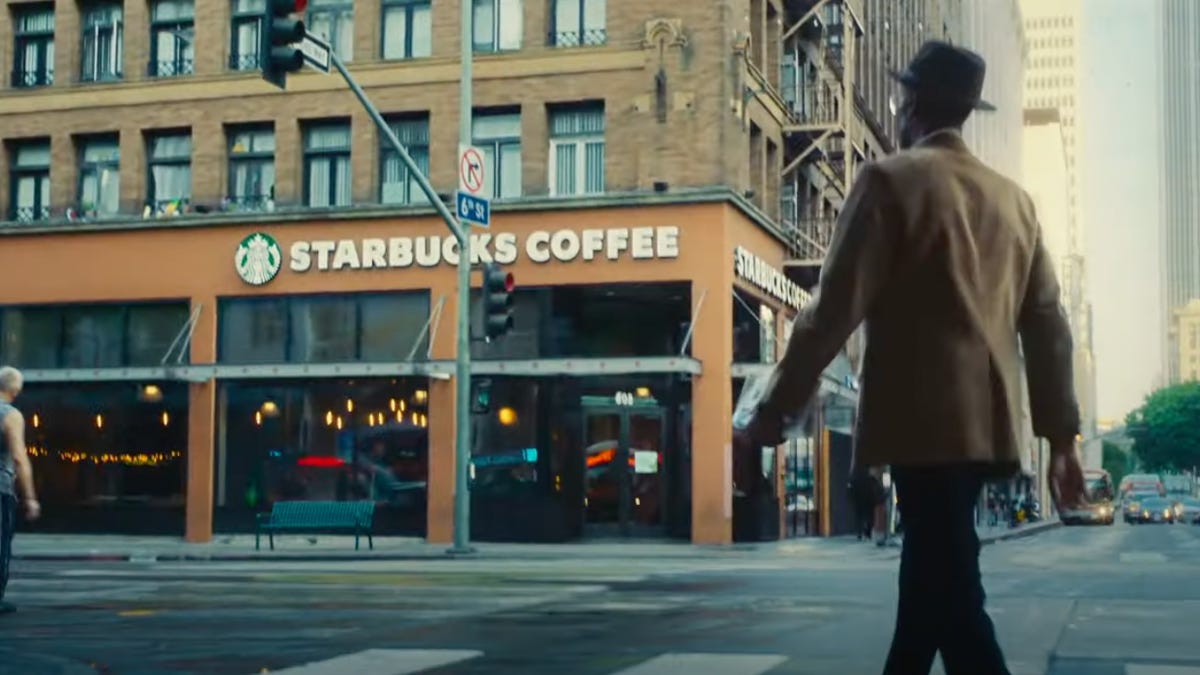 I can’t help thinking that, too often, the future is owned by the very people who should never own it.

If Facebook, Google and the like had been created by more sensitive, worldly and, dare one suggest, human hands, we wouldn’t be stuck with today’s glorious mess.

Here’s a company that made its own little contributions to the future and came to dominate the streets, malls, minds and coffee plantations of the world.

Not only did Starbucks make itself the natural home of morning coffee in a large(ly) unrecyclable paper cup, but it showed how to use technology to foster a spirit of comity.

No, I’m not talking about using surveillance methods to snoop on union activity. I’m talking about its — at the time — innovative app.

This brought so much repeat purchase that whole Starbucks stores had to dedicate space to those who didn’t want to interact with humans, preferring to order in advance, snarl, grab and go.

But now Starbucks has something new in the area of technology, and I’m worried. Well, a little.

In the company’s recent second-quarter earnings call, the coffee chain’s returning CEO, Howard Schultz, observed that its new idea would be “accretive.”

One person’s accretive is another person’s excretive.

So I wonder what you’ll wonder when you hear that Starbucks is launching “a very exciting new digital initiative that builds on our existing industry-leading digital platform in innovative new ways, all centered around coffee and, most importantly, loyalty.”

Oh, Howard Schultz. You’re no Charles M. Schultz. There are so many words of extreme buzziness in that sentence that you almost don’t need a coffee.

Starbucks’ CEO wasn’t done: “We believe this new digital Web 3-enabled initiative will allow us to build on the current Starbucks Rewards engagement model with its powerful spend-to-earn Stars approach while also introducing new methods of emotionally engaging customers, expanding our digital third place community and offering a broader set of rewards, including one-of-a-kind experiences that you can’t get anywhere else, integrating our digital Starbucks Rewards ecosystem with Starbucks-branded digital collectibles as both a reward and a community building element.”

Did he breathe somewhere in there? I hope so.

Yes, Starbucks is wafting into the metaverse because that’s what companies do when they hear about a new technology that ‘da kidz’ might adore. Or might become obsessed with. Or, even better, might become addicted to.

Schultz was highly blatant about the intentions: “We don’t want to be in a business where our customer base is ageing, and we have a less relevant situation with younger people.”

And of course, McDonald’s, Chick-fil-A and their fellow mortal enemies have all already declared the allegiance to the web’s Third Empire.

Yet Starbucks is ahead with this commercialized approach precisely because it foresaw Appworld before it became a really big thing.

You may believe that once Apple releases its human mask for the ages — I’m sorry, I mean, its AR/VR headset thing — we’ll all be locking ourselves away in the next world so that we can get away from this one.

I fear a few nostalgists won’t know whether to laugh or cry when they realize that the world is becoming recognizably virtual precisely as it becomes virtually unrecognizable.

We all want to escape several times a day, but is this the best way to do it?

Denial of responsibility! TechNewsBoy.com is an automatic aggregator around the global media. All the content are available free on Internet. We have just arranged it in one platform for educational purpose only. In each content, the hyperlink to the primary source is specified. All trademarks belong to their rightful owners, all materials to their authors. If you are the owner of the content and do not want us to publish your materials on our website, please contact us by email – [email protected]. The content will be deleted within 24 hours.
gadget updatelaughterlaunchingoptionsStarbuckstearstech boytech news
Share FacebookTwitterGoogle+ReddItWhatsAppPinterestEmail