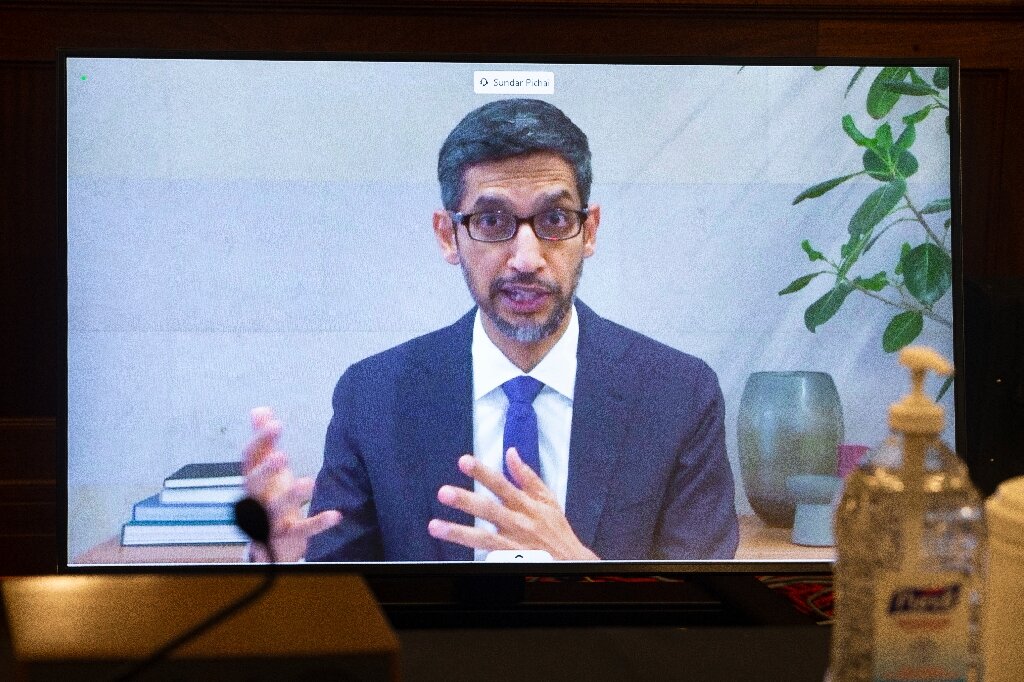 Top bosses of Google and Facebook were directly involved in approving an allegedly illegal 2018 deal to cement their dominance of the online advertising market, US court documents revealed Friday.

The records, part of an anti-trust lawsuit by a coalition of US states targeting Google, make serious allegations against Big Tech giants long accused of holding monopolies.

According to the states’ accusations, the online search colossus sought to oust competition by manipulating ad auctions—the ultra-sophisticated system that determines which ads appear on web pages based on the anonymized profiles of internet users.

The legal documents filed in a New York court clearly refer to Sundar Pichai, chief of Google’s parent firm Alphabet, as well as Facebook executive Sheryl Sandberg and CEO Mark Zuckerberg—even if their names were redacted.

“Google CEO Sundar Pichai also personally signed off on the terms of the deal,” the suit said.

The documents note that the economic terms were emailed to Facebook’s CEO and he was advised: “‘We’re nearly ready to sign and need your approval to move forward.'”

Google did not respond to a request for comment Friday, but has adamantly denied manipulating the digital ad market.

It was the third time the suit was amended, and did not list Facebook or its parent company Meta as defendants.

“Meta’s non-exclusive bidding agreement with Google and the similar agreements we have with other bidding platforms, have helped to increase competition for ad placements,” a spokesperson said in reply to an AFP inquiry.

“These business relationships enable Meta to deliver more value to advertisers while fairly compensating publishers, resulting in better outcomes for all.”

Google referred to the agreement internally as “Jedi Blue,” the color being a reference to Facebook’s logo, according to the filing.

“No rational developer would choose to have its auctions rigged by the market’s two largest buyers,” the suit said.

The antitrust suit is one of three engaging Google on different fronts.

The US government filed its blockbuster lawsuit in October of last year, accusing Google of maintaining an “illegal monopoly” in online search and advertising.

The country’s biggest antitrust case in decades, it opens the door to a potential breakup of the Silicon Valley titan.

While Google ad revenue has continued to grow, its share of the booming US online ad market is ebbing under pressure from competitors such as Facebook, Amazon and others, according to eMarketer.

Denial of responsibility! TechNewsBoy.com is an automatic aggregator around the global media. All the content are available free on Internet. We have just arranged it in one platform for educational purpose only. In each content, the hyperlink to the primary source is specified. All trademarks belong to their rightful owners, all materials to their authors. If you are the owner of the content and do not want us to publish your materials on our website, please contact us by email – [email protected]. The content will be deleted within 24 hours.
ChiefsFacebookgadget updateGooglemarketOKdPactsuit
Share FacebookTwitterGoogle+ReddItWhatsAppPinterestEmail

Sky Glass is finally available for you to buy, and it starts from just £13