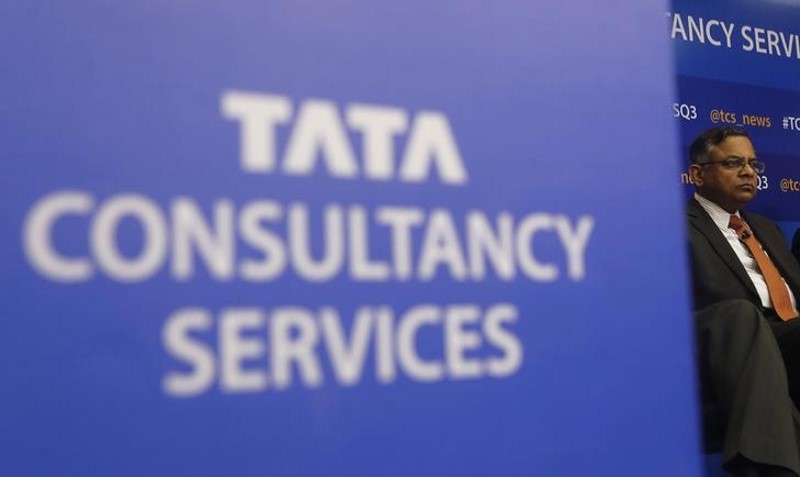 Net profit at the IT giant rose more than 12 percent to Rs. 9,769 crore in the three months to December 31, above analysts’ expectations, compared to the same period last year.

“In the calendar year ’21, we have now hit the 25-billion-dollar-revenue mark. Most importantly, the growth came with continuingly industry-leading profitability.”

The country’s second-most valuable firm by market size announced it will buy back shares worth 180 billion rupees at a price of Rs. 4,500 per share.

This represents a 16.67 percent premium to Wednesday’s share closing price of Rs. 3,857.

Operating margins fell marginally to 25 percent, compared to 25.6 percent in the previous quarter, impacted by an increased focus on hiring and retaining talent.

TCS said it hired 28,823 new employees in the quarter, even as employee attrition – a key metric for IT companies – inched up to 15.3 percent from 11.9 percent in the previous quarter.

TCS was at the forefront of an IT boom that saw India become a back office to the world as firms in North America and Europe subcontracted work, taking advantage of a skilled English-speaking workforce.

The company earns more than 80 percent of its revenues from its Western markets outside of India.

Overseas growth at TCS was led by North America, which contributes half of its total business and saw revenue growth of 18 percent year-on-year.

Revenues from Europe, the United Kingdom and Latin America grew 17.5, 12.7 and 21.1 percent respectively, compared to the year-ago quarter.

The board also approved an interim dividend of Rs. 7 per share for shareholders.

Shares of TCS closed 1.5 percent lower in Mumbai ahead of the release of the results.

Denial of responsibility! TechNewsBoy.com is an automatic aggregator around the global media. All the content are available free on Internet. We have just arranged it in one platform for educational purpose only. In each content, the hyperlink to the primary source is specified. All trademarks belong to their rightful owners, all materials to their authors. If you are the owner of the content and do not want us to publish your materials on our website, please contact us by email – [email protected]. The content will be deleted within 24 hours.
demanddigitalgadget updatequarterReportRidesservicesstrong
Share FacebookTwitterGoogle+ReddItWhatsAppPinterestEmail