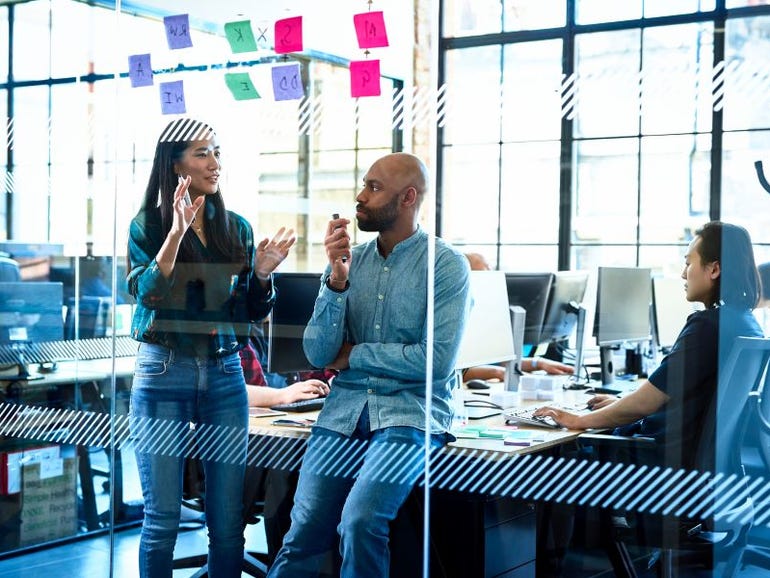 Tech is evolving quickly. Managers are worried their teams can’t keep up | ZDNet

One in five IT decision makers have little or no confidence in their teams’ ability to bring about positive change in the IT department over the next five years, according to research.

A survey of 750 CIOs and other IT leaders by software company Pegasystems found confidence in tech teams was “on shaky ground” as organizations look to radically overhaul their IT functions.

More than half (56%) of IT leaders surveyed said they were uncertain that their IT teams could bring about positive change in the department over the next five years, with almost one in five (17%) reporting either significant doubts or no confidence whatsoever.

SEE: Developers wanted: Companies are hiring, and these are skills they’re looking for

Don Schuerman, CTO of Pegasystems, said the findings were less a reflection of CIOs’ faith in their team’s abilities and more a result of continually shifting goalposts and the need for organizations to adopt new technology – and with it, new knowledge – quickly.

Schuerman told ZDNet that “while some CIOs and IT leaders feel that the pandemic positively challenged them, they have also begun to realize that there is no end on the horizon for transformation – they are in a period of constant, accelerating change.”

He added: “That means they need different technical skills and soft skills in their teams to succeed in the long term. For example, there isn’t the depth [of knowledge] in DevOps/Agile, AI or native cloud capabilities. Filling this in requires a considerable upskilling that’s hard to achieve.”

These worries are being compounded by poor technology choices and wasteful IT spending, the study found. Nearly two-thirds (58%) of respondents reported they had wasted between $1 million and $10 million over the past five years on the wrong IT solutions. At the same time, just 12% said all their IT investments had paid off in the last five years.

This sense of waste has been exacerbated by the coronavirus pandemic, which prompted companies to roll out new technologies quickly without sufficient time for planning or impact assessments.

“There were many examples of IT success during the pandemic, but the urgency required and speed of response also led to some systems being implemented that are now showing themselves to be difficult to scale and adapt,” said Schuerman.

“Some new digital siloes have been created as a result, and some poorly executed approaches to use of technologies like low-code have created ‘shadow IT’ groups.”

This spells bad news for IT leaders hoping to wrangle more money for digital transformation projects in the coming months and years, with Pegasystems finding that 29% of respondents worried about the IT department being underfunded unless roles, tasks and budgets are made more efficient.

The adoption of new cloud and automation technologies will also mean a reshaping of leadership roles in the tech department, said Pegasystems, as well as the types of skills required for senior posts.

With technology taking on more caretaking duties, and with more IT functions being automated or sent to the cloud, people skills and strategy – as opposed to hard technical skills – will dominate job descriptions, the report indicated.

Data management, for instance, was cited as the most important competency by 62% of IT leaders currently. Yet just 33% believed this would be as important in two years’ time.

Similarly, knowledge of coding was cited as a key part of the job to 39% of respondents, yet just 25% believed it would be a key competency by 2023.

When it comes to leadership skills, executives will experience significant growth, Pegasystems said. Problem-solving skills will be especially important to senior directors as they grapple to implement new technologies within complex legacy systems.

Demand for specialist IT managers with intrinsic expertise in one particular technology or technical proficiency also faces a decline. Instead, IT leaders will be expected to become “IT generalists” with a broad understanding of the field. As such, more than 70% of IT managers surveyed said that building and learning new skills will have the biggest impact on their jobs.

SEE: Digital transformation is changing what it means to work in tech

A greater focus on interpersonal skills could work in improving organizational diversity, equality and inclusion efforts, which were identified as a key challenge within high-risk and high-value sectors including healthcare (35%), financial services (33%) and retail insurance (37%).

“Having an IT workforce that is more diversified, in terms of race, gender, disability, sexuality, and other marginalized groups, will help these sectors apply a layer of human knowledge and business logic – all so they can provide more accurate and unbiased recommendations,” the report said.

“Organizations will need to use different strategies to attract more women and other marginalized identities to IT. However, an increased focus on problem-solving and emotional and social skills, as well as the growing use of intelligent automation and low-code platforms, could also reduce barriers to entry.”

Denial of responsibility! TechNewsBoy.com is an automatic aggregator around the global media. All the content are available free on Internet. We have just arranged it in one platform for educational purpose only. In each content, the hyperlink to the primary source is specified. All trademarks belong to their rightful owners, all materials to their authors. If you are the owner of the content and do not want us to publish your materials on our website, please contact us by email – [email protected]. The content will be deleted within 24 hours.
evolvinggadget updateManagersquicklyteamstechtech boytech news
0
Share FacebookTwitterGoogle+ReddItWhatsAppPinterestEmail