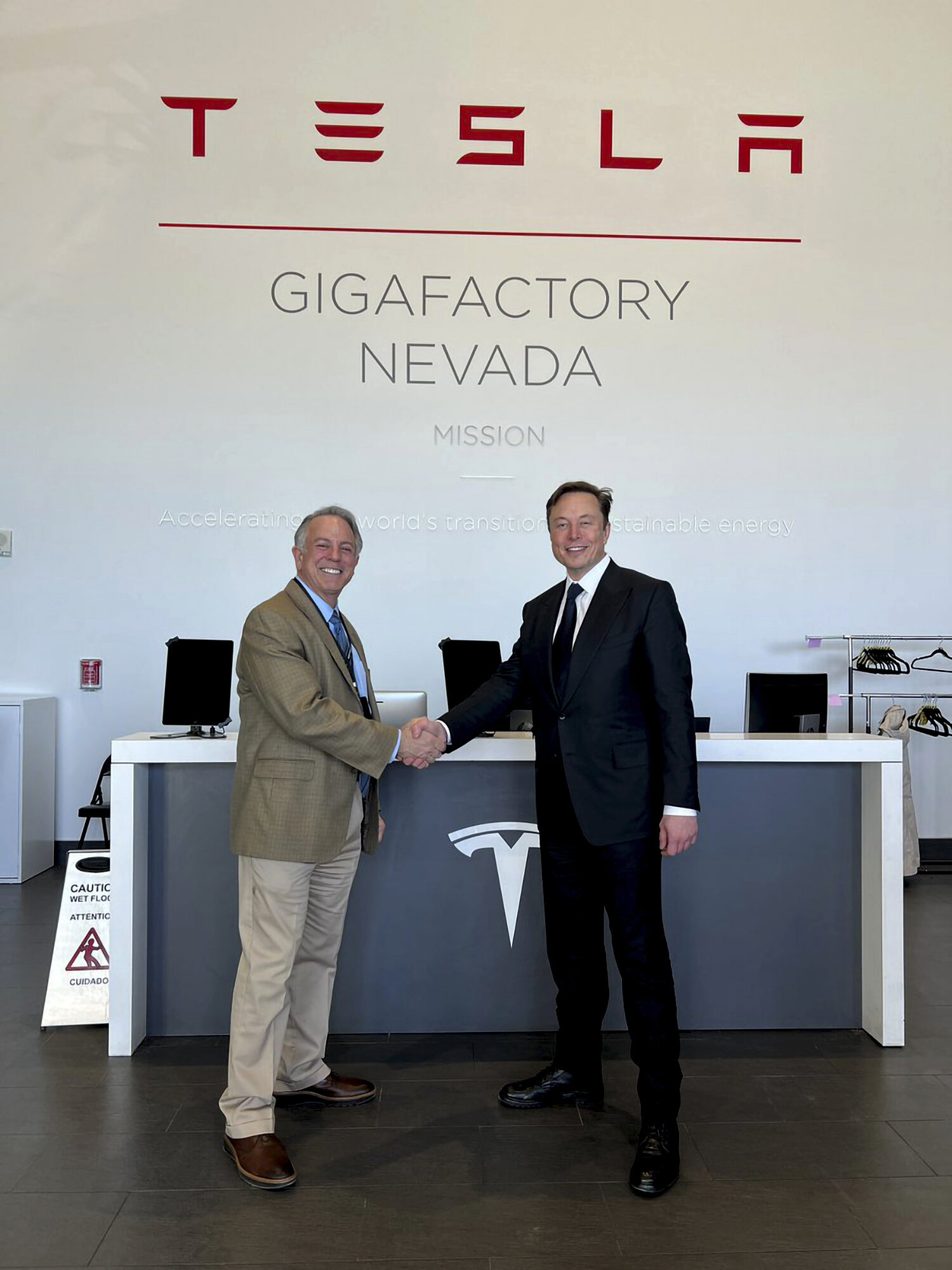 Tesla will invest $3.6B in Nevada truck factory expansion

Tesla said it intends to invest $3.6 billion to expand manufacturing capabilities in Nevada and is confident growing software-related profits, reflected in record net income reported Wednesday for the fourth quarter of last year, will keep margins higher than any other automaker.

The company confirmed it plans to produce high volumes of semi-trucks and make enough cell batteries for 2 million light-duty vehicles annually in Nevada.

Nevada Gov. Joe Lombardo posted a photo on Twitter of himself and CEO Elon Musk late Tuesday after the newly elected Republican announced in his first State of the State address Monday night that Tesla had committed to a “brand-new” manufacturing facility for electric trucks in northern Nevada.

The project actually will expand an existing operation at the Truckee Reno Industrial Center, about 20 miles (32 kilometers) east of Reno-Sparks along Interstate 80. But the plan takes the company a step closer to accomplishing previously announced plans to ramp up Tesla Semi production to make 50,000 trucks in North America in 2024.

The White House issued a statement trumpeting the plans on Tuesday as Musk wrapped up three hours of testimony defending himself in a class-action lawsuit in a San Francisco federal court over his operation of Twitter, one of three major corporations he owns including Tesla and SpaceX.

Musk’s impulsive and sometimes inflammatory usage of Twitter took center stage as proceedings continued Wednesday in the lawsuit alleging he misled Tesla shareholders in 2018 with a tweet about an aborted buyout.

Lombardo tweeted a photo late Tuesday of himself with Musk at Tesla’s “Gigafactory” in the industrial park east of Reno-Sparks, where it makes batteries for electric vehicles.

“This is an incredible investment in our state,” Lombardo wrote.

Elizabeth Ray, the governor’s communications director, confirmed the photo’s authenticity and clarified in an email to The Associated Press the new investment was for an “expansion of the existing space” at the Truckee-Reno center.

Tesla’s statement on its blog site late Tuesday said that since 2014 the company has invested $6.2 billion in Nevada and built the 5.4-million-square-foot (501,676-square-meter) “Gigafactory.”

“We will be investing over $3.6 billion more to continue growing Gigafactory Nevada, adding 3,000 new team members and two new factories,” the company said, adding that it would include its “first high-volume Semi factory.”

Tesla delivered its first electric semis to a PepsiCo facility in Nevada in December, more than three years after Musk said his company would start making the trucks.

At a November 2017 event unveiling the Tesla Semi, Musk said production would begin in 2019 and the trucks would be able to follow each other autonomously in a convoy. But during Tesla’s third-quarter earnings conference call in October, he said the company’s “Full Self Driving” system was not quite ready to be driverless.

The Austin, Texas, maker of electric vehicles and solar panels said on Wednesday it earned $3.69 billion from October through December, or an adjusted $1.19 per share. That beat estimates of $1.13 that had been reduced by analysts, according to FactSet. The company’s profit was 59% more than the same period a year ago.

Revenue for the quarter was $24.32 billion, which fell short of the $24.67 billion analysts expected.

Musk said that despite price cuts of up to 20% on some vehicles announced earlier this month, demand for Tesla products is strong and sales are constrained by production.

© 2023 The Associated Press. All rights reserved. This material may not be published, broadcast, rewritten or redistributed without permission.

Denial of responsibility! TechNewsBoy.com is an automatic aggregator around the global media. All the content are available free on Internet. We have just arranged it in one platform for educational purpose only. In each content, the hyperlink to the primary source is specified. All trademarks belong to their rightful owners, all materials to their authors. If you are the owner of the content and do not want us to publish your materials on our website, please contact us by email – [email protected]. The content will be deleted within 24 hours.
3.6Bexpansionfactorygadget updateInvestNevadatech boytech news
0
Share FacebookTwitterGoogle+ReddItWhatsAppPinterestEmail