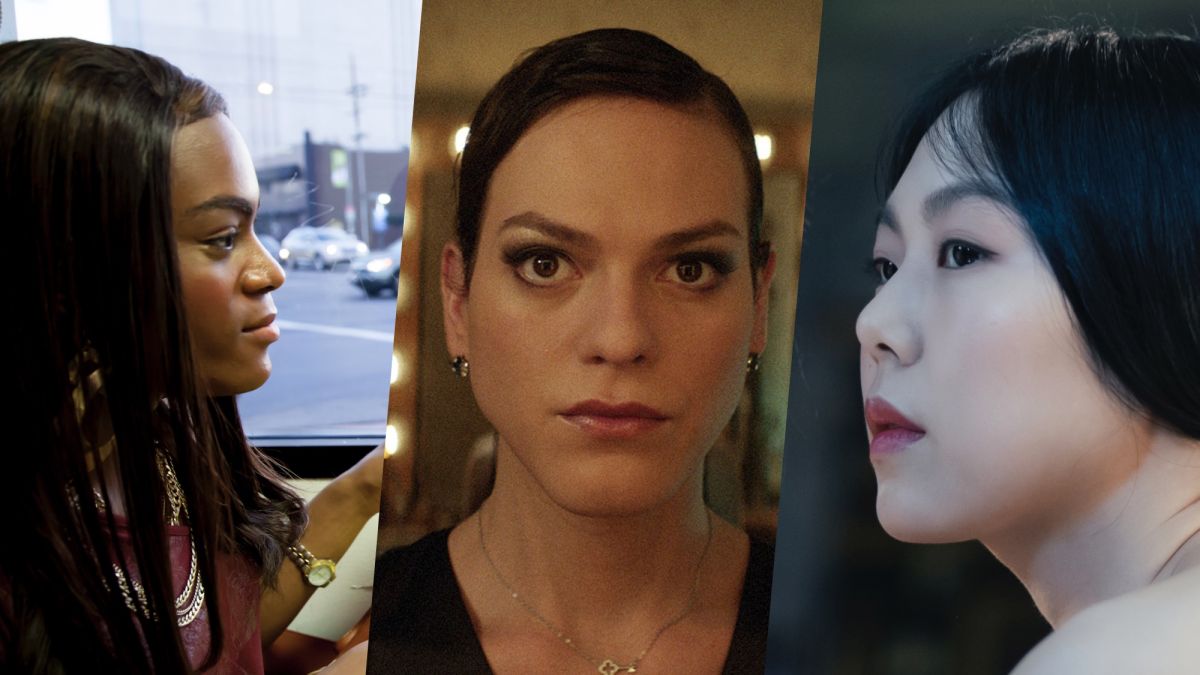 Trying to find the best movies to watch during Pride can be difficult, as movies featuring strong LGBTQIA+ storylines are few and far between. While there is no shortage of stories featuring gay and lesbian relationships, finding films that treat the community and those within it with the respect and consideration they deserve without resorting to clichés and cheap shots is pretty tough to find.

However, they do exist and they’re well-worth seeking out regardless of your sexuality. While 2020 was a record-breaking year for LGBTQIA+ representation in film, there’s a catch: most of the characters were gay white men. Not only that, but lesbian representation significantly decreased and transgender characters were absent from major movies altogether last year.

Add to that the lack of racial and ethnic diversity and you can easily see that the industry still has a long way to go before it can truly be considered inclusive.

To celebrate Pride month, here are a list of 12 LGBTQIA+ movies that feature gay, lesbian, and transgender characters from all walks of life in all their glory.

Considered quintessential viewing for the LGBTQIA+ community, Paris Is Burning is a feature-length documentary that offers up the history of voguing in particular and the New York City drag scene as a whole, all set against the backdrop of rampant transphobia, homophobia, racism, the AIDS epidemic, and extreme poverty.

So many historic drag features appear in the film, including Venus Xtravaganza and Willi Ninja to Dorian Carey and Pepper LaBeija, just to name a few. It’s heartbreaking in places but joyous overall — a true celebration of the origins of the drag-ball scene.

Call Me By Your Name

It’s heartbreaking and tender to see the push and pull between the two men and will no doubt remind you of the longing and intensity of first love. While there’s sadly no happy ending in store here, the messy, open-ended conclusion and the brutally honest portrayal of desire is devastating in all the best ways.

Blue is the Warmest Color

Stream via AMC+ and DirecTV

Based on the 2010 graphic novel of the same name by Jul Maroh, Blue is the Warmest Color is a French language film starring Lea Seydoux and Adele Exarchopoulos as teenagers who embark on an intense love affair after Adele spots blue-haired aspiring painter Emma walking by and is immediately attracted to her.

A beautiful exploration of what it means to come to terms with your own sexuality and how that informs your relationship with your peers and ultimately yourself is what follows. The drama level is high and the sex scenes are hot, but what really clinches this movie as memorable is the vulnerability of the two lead characters.

We don’t often get to see stories about transgender men and women in the movies, which is one of the things that makes Tangerine so refreshing (another is that the whole thing was shot on iPhone 5s). The 2015 comedy-drama follows transgender sex worker Sin-Dee Rella (Kitana Kiki Rodriguez) who’s just gotten out of prison to find out that her boyfriend and pimp Chester (James Ransone) has been cheating on her with a cisgender woman.

Tangerine is a fast-paced journey through the tumultuous and at times hilarious lives of Sin-Dee and those closest to her.

The Handmaiden focuses on a con man (Ha Jung-Hoo), who teams up with a female pickpocket (Kim Tae-Ri) in order to try and seduce a rich Japanese woman (Kim Min-hee) and steal her inheritance. Of course, things don’t go quite to plan. While seeing how things pan out is incredibly satisfying, the journey to get there is so enjoyable that you’ll never want it to end.

Stream via The Roku Channel and IMDB TV

Any lesbian worth her salt has likely read and adored Patricia Highsmith, and this big screen adaptation of her novel of the same name is a must-see. Starring Cate Blanchett, Rooney Mara, and Sarah Paulson among other great actors, Carol is a 1950s dream, complete with gorgeous costumes, old time-y cars, and clandestine lesbian love affairs.

Of course, it’s not all fun and games — there’s plenty of drama and pain involved in the relationship between Therese (Mara) and Carol (Blanchett). That said? Seeing the way they look at one another makes it all worth it.

Hedwig and the Angry Inch

Based on the beloved stage musical, the 2002 film version of Hedwig and the Angry Inch is a total queer classic. Hedwig Robinson (John Cameron Mitchell) is an East German rock singer who also happens to be genderqueer. Hedwig’s younger lover ends up stealing her music and getting really famous for it, but that doesn’t stop Hedwig from getting her music and her message out there while exploring her gender identity.

Hedwig and the Angry Inch can get heavy in places, but the incredibly catchy tunes and the convincing performances of the cast (which also includes Michael Pitt, Andrea Martin, and Miriam Shor, among others) keep it from being too gloomy.

When it was released in 2005, Brokeback Mountain drew considerable attention largely because it starred two of the biggest actors of the time, Heath Ledger and Jake Gyllenhaal. However, the critically acclaimed movie’s quiet and considered narrative made all the hype surrounding it totally warranted.

Ledger and Gyllenhaal play Ennis and Jack, sheep herders who tend to pastures on Brokeback Mountain together and become lovers after a heavy night of drinking. While their passionate affair is anything but smooth-sailing, the sadness and shame both men experience in the fall-out will break your heart.

Portrait of a Lady on Fire

You can always count on the French to make passionate, sensual films, and Celine Sciamma’s Portrait of a Lady on Fire is no exception. The winner of the Queer Palm at Cannes and a Palme d’Or contender at the 2019 festival should give you some indication for just how good this movie actually is.

Noémie Merlant and Adèle Haenel star in this 18th century saga that begins as a story of an artist hired to paint a portrait and evolves into a passionate, extremely intense affair. While the ending is somewhat predictable and vaguely disappointing, it at least feels true to itself and still makes for brilliant watching, especially given that it’s so beautifully shot in Brittany.

This 2016 coming-of-age story, which was written and directed by Barry Jenkins, will very likely break you. That’s no reason not to watch it, and, in fact, it’s more of an argument for why you should. The cast, which includes the incredible Trevante Rhodes, Naomie Harris, Andre Holland, Mahershala Ali, and Janelle Monáe, give such heartwrenching, earnest performances that Moonlight has often been referred to as one of the best movies of the 21st century.

Moonlight’s story is too complicated to describe in a simple blurb, but watching Chiron’s journey from hiding in a crackhouse as a child to dealing with the emotional scars left on him from a love affair with his childhood friend Kevin is one of the most rewarding cinematic experiences you may ever have.

Don’t be fooled by the relatively miserable (if not still beautiful) setting along the English coastline of Lyme Regis in Dorset — there’s more to Ammonite than mere moodiness. Kate Winslet plays British paleontologist Mary Anning in this fictionalized biopic that sees her develop a romantic relationship with geologist Charlotte Murchison (Saoirse Ronan).

While the two were indeed friends in real life, no affair between the two was ever proven. That being said, you’ll be grateful for the speculation put forward by writer and director Francis Lee.

Admittedly, A Fantastic Woman (Una Mujer Fantástica) is one of the most frustrating films you’re ever likely to see, not least because the tragic story of Marina (Daniela Vega), a transgender woman whose male partner dies of a brain aneuryism early on in the movie. Marina is treated so terribly by his family and friends in the aftermath of his death that you’ll want to scream at the screen.

However, Marina’s tenacious spirit and dogged refusal to give up are downright inspiring and will give you something to root for the whole time. The ending isn’t necessarily a happy one, but it does bring a sense of closure that allows audiences to finally release the breath they’ve been holding for the past 90 minutes.

Denial of responsibility! TechNewsBoy.com is an automatic aggregator around the global media. All the content are available free on Internet. We have just arranged it in one platform for educational purpose only. In each content, the hyperlink to the primary source is specified. All trademarks belong to their rightful owners, all materials to their authors. If you are the owner of the content and do not want us to publish your materials on our website, please contact us by email – [email protected]. The content will be deleted within 24 hours.
gadget updatemonthmoviesPridestreamtech boytech newstech news boy
Share FacebookTwitterGoogle+ReddItWhatsAppPinterestEmail