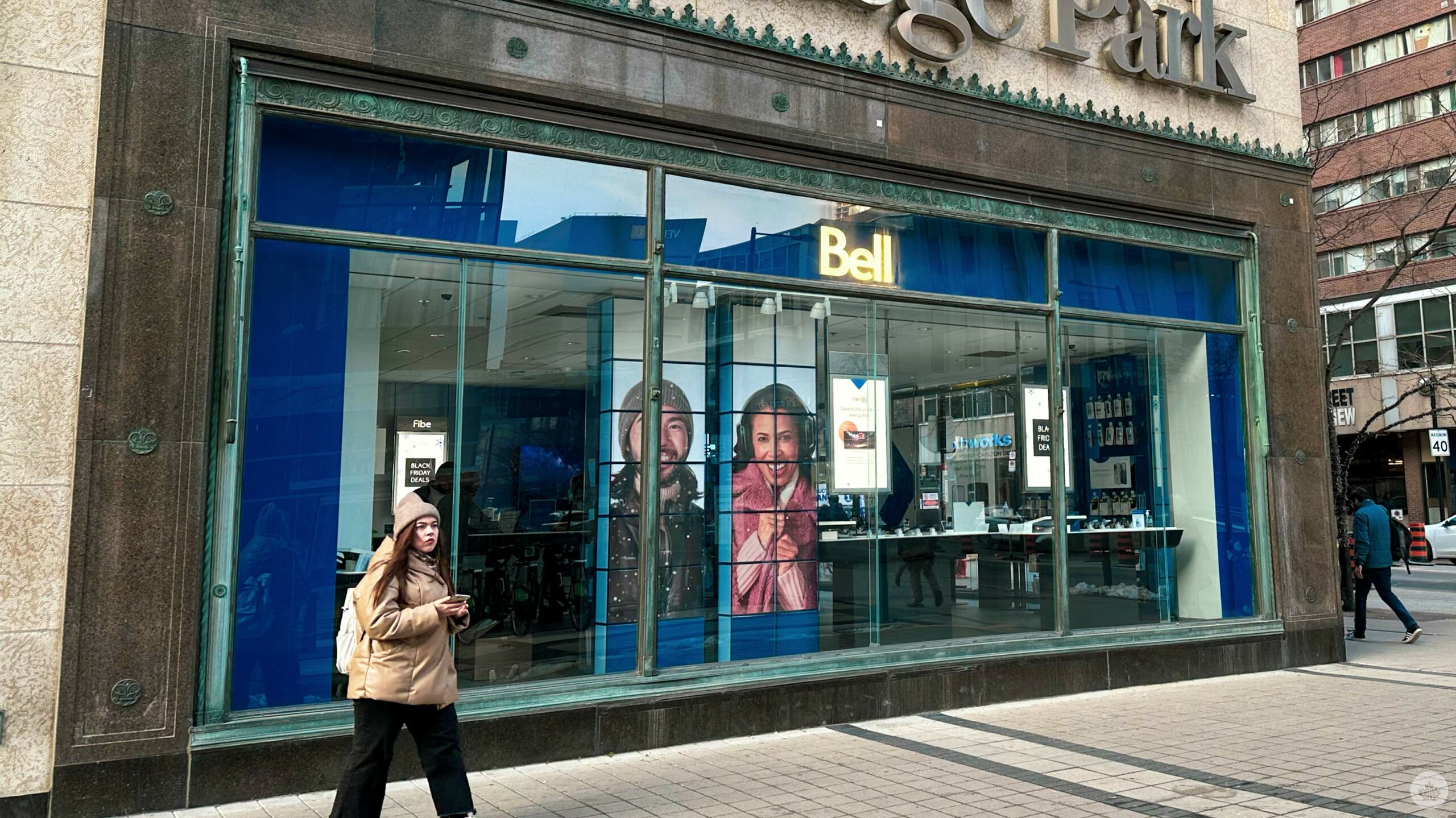 Once again, I hit the streets of Toronto to uncover if going into physical carrier stores would net me a better internet deal than shopping online — and again, it did.

I wasn’t expecting nearly every carrier to offer the same upload speed, leaving me with only one real option to upgrade.

Here’s a recap of my journey.

First, I needed to find the best deals in my area, any limitations the salespeople might throw at me, and determine what my current plan offered.

I started with a $79 per month plan from Teksavvy with 150Mbps down and 30Mbps up. This is not a bad plan, but I aimed to find something that would bring my monthly price down or offer me substantially more speed for the same price. At the time, Teksavvy wasn’t running any deals, but the next day as I sat down to write this story, it launched several great offers.

Overall, the best deal I could find in my area online was a $74 dollar plan from a reseller called Primus that nets me 1.5Gbps download but only 30Mbps upload.

I also searched through the Red Flag Deals tech deal forums to see if there were any deals I could try to weasel into by calling or chatting online with a carrier’s sales dept. I found some users getting a delightful 1.5 Gbps deal with basic TV from Bell for $60, but the company refused to offer that deal at my house. Based on what I’ve uncovered, it seems like a condo-exclusive plan.

After more searching, I left home and went to the mall.

Deals in the real world 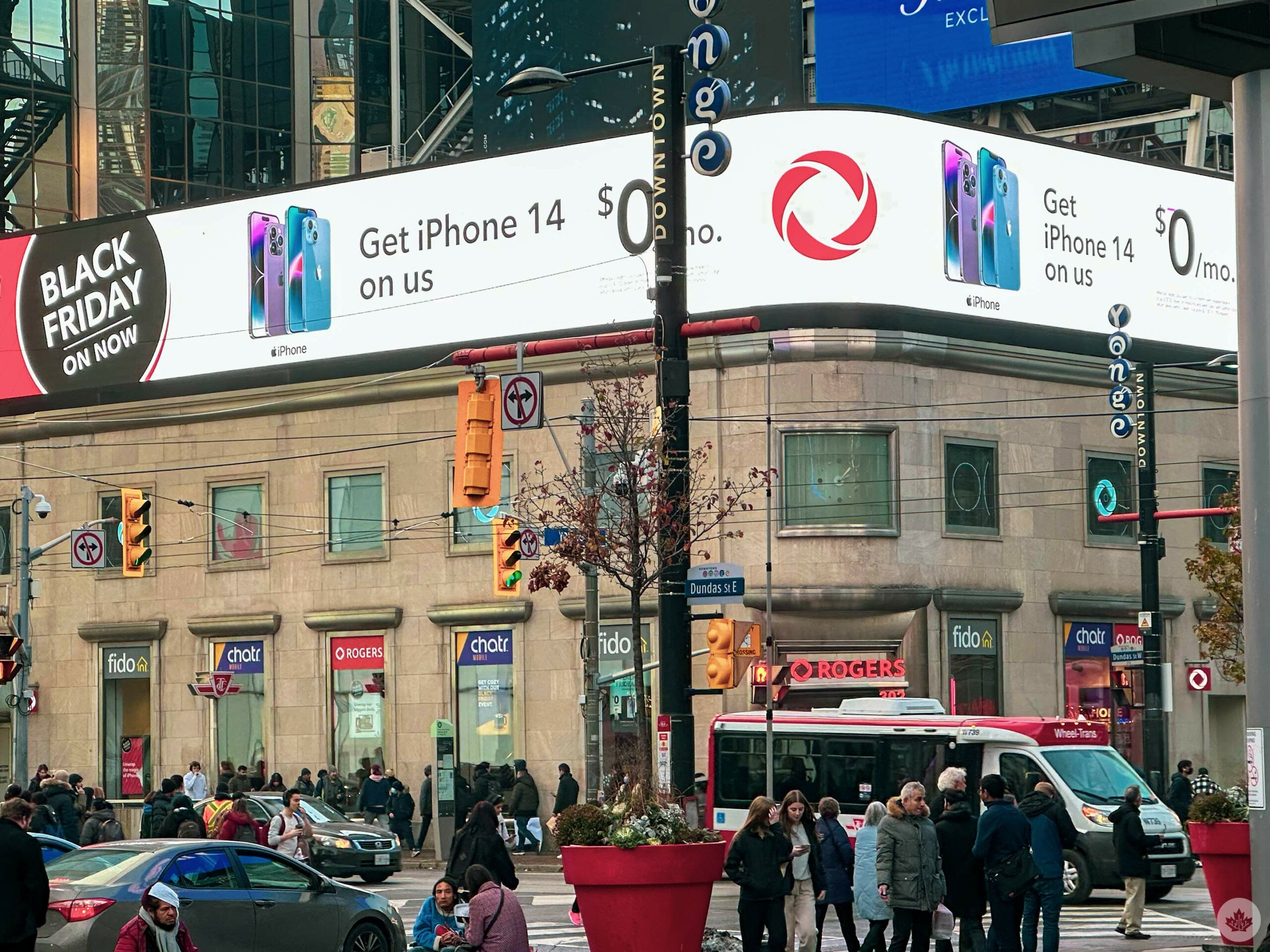 On my way to the mall, I stopped at street-front Rogers and Bell stores and uncovered a few offers to start. One thing to note here is that these sales seem to rely heavily on where I live. So while I can’t promise the same deals will be available across Canada, I suggest popping into some of your local stores and asking around.

The Bell store offered me 500Mbps up/down for $85 per month on no contract. The Rogers store, on the other hand, had a much better deal, but not as good internet. The carrier offered 1Gbps down and 30Mbps up for $65 per month for a year with a $100 bill credit.

Finally, moving into the mall, flanker brands Virgin Plus and Fido discounted their plans by roughly 50 percent. You can likely grab a 100Mbps plan for $45 per month or a 50Mbps plan for $40. These are ridiculously good deals for most people’s internet purposes. However, as I mentioned, I’m looking for a reasonable upload speed upgrade and both of these carrier top out at 10mbps, which is a downgrade from my current 30mbps.

“Online this bundle still nets you the $200 gift card and the six months of Crave, but the internet speeds aren’t as fast, and the prices are considerably higher.”

The fact that these carriers cap uploads feels very anti-consumer. Strangely, Virgin Plus (owned by Bell) doesn’t offer higher upload speeds since that’s such a huge selling feature that Bell uses to pull people away from Rogers and the other prominent players in the internet space.

After figuring out that the flanker brands and Rogers wouldn’t work for me since the best upload I could get from them would be 30mbps or less, I headed regretfully to another Bell store.

This was a pretty great move. I’m not super happy with the price I have to pay, but the salesperson at this store was helpful and built me a package that matched the $85 price from the previous location but instead included 1.5Gbps upload and download speeds, six months of Crave ($20 tier), a $200 Visa gift card and a basic TV package on no contract. I tried as hard as I could to get the 500mbps speeds instead since that’s all I need to give myself a bit of an upgrade, but the way the bundling discounts worked, the offer couldn’t budge any lower. This deal at least got me more for my money, but who knows if I’ll ever actually watch the TV package.

One side note regarding the TV portion of the package is that originally it was a standard cable TV pack with a receiver that needed to be installed in my house on a two-year contract. The salesperson told me that the contract could be waived if I did a self-install or just used TV over the internet through the Bell app. This was huge for me since, ideally, next Black Friday, I’ll try to lower this price again.

Online this bundle still nets you the $200 gift card and the six months of Crave, but the internet speeds aren’t as fast, and the prices are considerably higher.

What does this mean for you?

Overall, I hope everyone can take advantage of the deals I found, but since internet service and the deals are so reliant on your home address, it’s hard to pinpoint what people can actually get this year for Black Friday.

That said, if I’ve learned anything, it’s that going into stores and calling sales representatives seems to provide the best deals on internet. If you’re lucky like me and can change providers, shopping around will always help, too.

Denial of responsibility! TechNewsBoy.com is an automatic aggregator around the global media. All the content are available free on Internet. We have just arranged it in one platform for educational purpose only. In each content, the hyperlink to the primary source is specified. All trademarks belong to their rightful owners, all materials to their authors. If you are the owner of the content and do not want us to publish your materials on our website, please contact us by email – [email protected]. The content will be deleted within 24 hours.
BlackDealsFridaygadget updateinstoreinternettech boytech news
0
Share FacebookTwitterGoogle+ReddItWhatsAppPinterestEmail

OnePlus 11 may come in these colour options

Black Friday 23andMe deal: Ancestry DNA kit is 50% off ahead of Cyber…

The Ring Video Doorbell is $60 during Black Friday and Cyber…

OnePlus 11 may come in these colour options