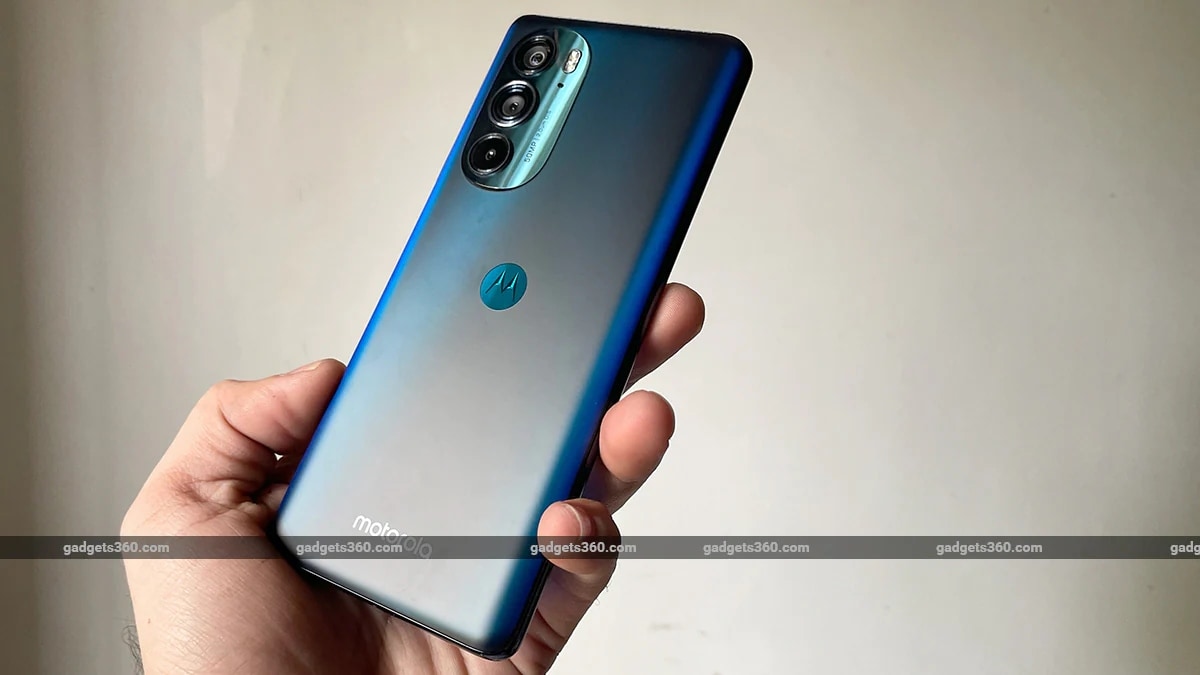 Whether its cameras or raw performance, many buyers aspire to upgrade to phones with better features and performance. The sub-Rs. 50,000 segment is interesting since manufacturers strive to differentiate themselves from one another while also trying to offer increased value with premium designs.

Features such as an IP rating are not guaranteed in this segment, but Samsung’s Galaxy S20 FE 5G undercut the competition by offering it along with wireless charging in 2021. Its 2022 successor the Galaxy S21 FE 5G has carried on that tradition and remains one of the few smartphones under Rs. 50,000 that offers wireless charging as well (along with the iPhone SE (2022) and the Nothing Phone 1).

While eye-catching designs, capable processors and good primary cameras are the least one can expect from these smartphones, manufacturers have also recently improved charging speeds. Brands including Realme and OnePlus have taken the lead by offering 150W and 160W chargers in the box (on particular models) which are capable of charging phones fully in around 20 minutes. If you are looking for something that can handle a 6 foot drop several times, a dip in the pool or a mountain bike ride, HMD Global has also introduced its unique Nokia XR20, which happens to be the only rugged smartphone you can officially purchase in India. Indeed, there’s plenty of variety to choose from.

So, here are the best smartphones priced under Rs. 50,000 in India, reviewed and rated by Gadgets 360, in no particular order.

The Realme GT 2 Pro is the most premium smartphone you can buy in Realme’s lineup. Priced from Rs. 49,999 for the 8GB RAM and 128GB variant, you get a unique paper-like back that’s derived from renewable sources, with the white and green versions. Design aside, there’s a high-quality 2K AMOLED LTPO panel with a 120Hz refresh rate that is good for viewing videos and playing games. The phone packs in Qualcomm’s top-tier Snapdragon 8 Gen 1 SoC, which means that there’s enough processing power for some hardcore gaming as well. The cameras are quite good for a smartphone at this price point and so is battery life thanks to the 5,000mAh battery. All in all, it’s hard to go wrong with the Realme GT 2 Pro, and it manages to exceed expectations given its price.

Motorola Edge 30 Pro is also a top contender in the sub-Rs 50,000 segment and it achieves this by offering incredible value for money and good performance. The phone is available in a single 8GB RAM and 128GB storage configuration but at a competitive price of Rs. 44,999. This flagship Moto phone has an AMOLED display with a 144Hz maximum refresh rate, Qualcomm Snapdragon 8 Gen 1 SoC, two 50-megapixel cameras on the back, and a 60-megapixel selfie camera on the front. There’s a large 4,800mAh battery to alleviate your battery anxiety, and even an IP52 rating for dust and water resistance. The cherry on top is indeed Motorola’s software which is near-stock with a few Moto customisations thrown in.

Realme GT Neo 3 (150W) is all about speed. Firstly, it looks the part with racing stripes on the rear panel and then there’s the 150W charger that managed to charge the phone from 0-100 percent in just 16 minutes. Its cameras have also been drastically improved compared to the previous GT Neo 2. While we would like to recommend this smartphone wholeheartedly, its gaming performance wasn’t what we expected it to be and it is a bit overpriced. If you can live with slower charging, the standard Realme GT Neo 3 costs a bit less and has the same core specifications.

The OnePlus 10R 5G Endurance Edition is the top-end variant that you can get of the OnePlus 10R 5G in India. Its highlight feature is its 150W charging speed. However, this one’s recommended only for a niche set of buyers who are looking for that premium smartphone experience with OnePlus’s bloatware-free OxygenOS software. Interested buyers will also have to be okay with the phone’s modern and sharp styling, which is a big departure from the regular rounded and curvy OnePlus look you get with most other OnePlus models. Fans of OnePlus will also miss the alert slider which has been strangely omitted, given that even more affordable models such as the OnePlus Nord 2T 5G (which launched later) feature it.

The Asus 8z offers a whole lot of smartphone in a compact package. It might be a bit behind in the processor race with a Qualcomm Snapdragon 888 SoC, but packs in enough power for a flagship smartphone. Unlike most other models in this segment, the 8z goes with a dual rear camera setup with a 64-megapixel primary camera and a 12-megapixel ultra-wide-angle camera. Being a small phone has its disadvantages so you need to keep in mind the Asus 8z’s smaller than usual 4,000mAh battery which lasted 10 hours and 15 minutes in our HD video loop battery test. Battery life aside, this is indeed the most compact flagship money can buy this side of a Samsung Galaxy S22.

Samsung’s Galaxy S21 FE 5G is the successor to the do-it-all Galaxy S20 FE 5G. Upgrades to the S21 FE 5G are mostly incremental, so the difference is mainly down to the new design. It looks more in line with the Galaxy S21 series than the newer S22 models, but still manages to look refreshing. It’s also quite light and thin which makes it good for one-handed use. The big upgrade here is the Exynos 2100 SoC from the Galaxy S21 series and it does a good job with gaming as well. All the good stuff from the S20 FE 5G has been retained on the S21 FE 5G including wireless charging and an IP68 certification for dust and water resistance. All in all, the Samsung Galaxy S21 FE 5G offers great features, but seems to offer less value than its predecessor which is still on sale online.

The Nokia XR20 takes all those memes about the Nokia 3310’s durability to a whole new level. In terms of design, the Nokia XR20 looks as though it could take quite a beating. While most rugged smartphones look chunky at best, with pseudo-military styling, HMD Global has made this phone look unique and modern. It isn’t “bulletproof” but can withstand multiple drops from a height of 6 feet or a dip in a pool and works better than most phones with water over its display. In short, it’s built to survive and perform in all kinds of weather conditions. However, performance is not its strong point and its cameras are below average at best. The Nokia XR20 caters to a very niche audience indeed, but we are glad it exists for those who need it.

Compared to the OnePlus 10R which is also on this list, the OnePlus 9RT offers better value for money and is more OnePlus than the 10R can ever be, in terms of design and build quality. The phone also features Qualcomm’s Snapdragon 888 SoC which offers a lot more power than the one in the 10R. This combined with its excellent battery life, high-quality AMOLED display and OxygenOS software make it a good buy in the segment despite its average overall camera performance.

Apple’s official starting price for the iPhone 11 has come down to Rs. 49,900, but you can often find it on sale online at or even below Rs. 46,999. This is just for the base 64GB variant, but it’s an iPhone and not a very old one either. The iPhone 11 introduced an ultra-wide camera to Apple’s non-Pro models and features the powerful A13 Bionic SoC. Since this is an iPhone, you should expect to receive timely software updates for a few more years at least. The cameras are great, battery life is excellent, and it’s available in a variety of colours.

Denial of responsibility! TechNewsBoy.com is an automatic aggregator around the global media. All the content are available free on Internet. We have just arranged it in one platform for educational purpose only. In each content, the hyperlink to the primary source is specified. All trademarks belong to their rightful owners, all materials to their authors. If you are the owner of the content and do not want us to publish your materials on our website, please contact us by email – [email protected]. The content will be deleted within 24 hours.
best smartphones under rs 50000Buygadget updateIndiaphone under 50000 smartphonesphonestech boytech news
Share FacebookTwitterGoogle+ReddItWhatsAppPinterestEmail