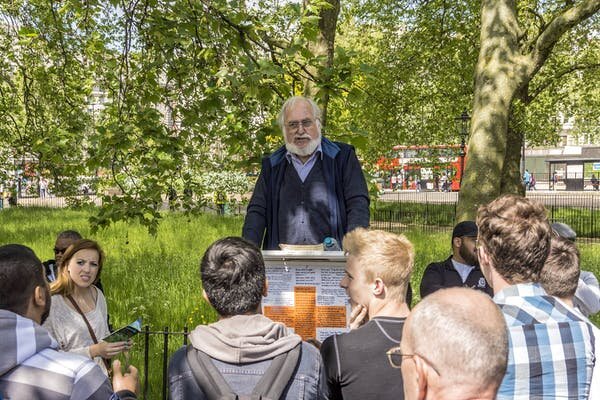 The ‘digital town square?’ What does it mean when billionaires own the online spaces where people gather?

The world’s richest man, Elon Musk, seems set to purchase the social media platform Twitter for around US$44 billion. He says he’s not doing it to make money (which is good, because Twitter has rarely turned a profit), but rather because, among other things, he believes in free speech.

But the platform plays a disproportionately large role in society. It is essential infrastructure for journalists and academics. It has been used to coordinate emergency information, to build up communities of solidarity and protest, and to share global events and media rituals—from presidential elections to mourning celebrity deaths (and unpredictable moments at the Oscars).

Twitter’s unique role is a result of the way it combines personal media use with public debate and discussion. But this is a fragile and volatile mix—and one that has become increasingly difficult for the platform to manage.

According to Musk, “Twitter is the digital town square, where matters vital to the future of humanity are debated.” Twitter cofounder Jack Dorsey, in approving Musk’s takeover, went further, claiming “Twitter is the closest thing we have to a global consciousness.”

Are they right? Does it make sense to think of Twitter as a town square? And if so, do we want the town square to be controlled by libertarian billionaires?

What is a town square for?

As my coauthor Nancy Baym and I have detailed in our book Twitter: A Biography, Twitter’s culture emerged from the interactions between a fledgling platform with shaky infrastructure, an avid community of users who made it work for them, and the media who found in it an endless source of news and other content.

Is it a town square? When Musk and some other commentators use this term, I think they are invoking the traditional idea of the “public sphere“: a real or virtual place where everyone can argue rationally about things, and everyone is made aware of everyone else’s arguments.

Some critics think we should get rid of the idea of the “digital town square” altogether, or at least think more deeply about how it might reinforce existing divisions and hierarchies.

I think the idea of the “digital town square” can be much richer and more optimistic than this, and that early Twitter was a pretty good, if flawed, example of it.

If I think of my own ideal “town square,” it might have market stalls, quiet corners where you can have personal chats with friends, alleyways where strange (but legal!) niche interests can be pursued, a playground for the kids, some roving entertainers—and, sure, maybe a central agora with a soapbox that people can gather around when there’s some issue we all need to hear or talk about. That, in fact, is very much what early Twitter was like for me and my friends and colleagues.

I think Musk and his legion of fans have something different in mind: a free speech free-for-all, a nightmarish town square where everyone is shouting all the time and anyone who doesn’t like it just stays home.

The free-for-all is over

In recent years, the increasing prevalence of disinformation and abuse on social media, as well as their growing power over the media environment in general, has prompted governments around the world to intervene.

Perhaps more consequentially for global players like Twitter, the European Union is set to introduce a Digital Services Act which aims “to create a safer digital space in which the fundamental rights of all users of digital services are protected.”

This will prohibit harmful advertising and “dark patterns,” and require more careful (and complex) content moderation, particularly on of the larger companies. It will also require platforms to be more transparent about how they use algorithms to filter and curate the content their users see and hear.

Such moves are just the beginning of states imposing both limits and positive duties on platform companies.

So while Musk will likely push the boundaries of what he can get away with, the idea of a global platform that allows completely unfettered “free speech” (even within the limits of “the law,” as he tweeted earlier today) is a complete fantasy.

What are the alternatives?

If for-profit social media services are run not in the public interest, but to serve the needs of advertisers—or, even worse, the whims of billionaires—then what are the alternatives?

Small alternative social media platforms (such as Diaspora and Mastodon), built on decentralized infrastructure and collective ownership, have been around for a while, but they haven’t really taken off yet. Designing and attracting users to viable alternatives at a global scale is really hard.

Proposals for completely separate, publicly supported social media platforms created by non-profits and/or governments, even if we could get them to work together, are unlikely to work. They would be hugely expensive, and will ultimately encounter similar governance challenges to the existing platforms, if they are to achieve any scale and to operate across national boundaries.

Of course, it is still possible Musk will discover running Twitter is much harder than it looks. The company is to some extent responsible for what is published on its platform, which means it has no choice but to engage in the messy world of content moderation, and balancing free speech with other concerns (and other human rights).

While Musk’s other companies (such as Tesla) operate in heavily regulated environments already, the “global social media platform” business is likely to be far more complex and challenging.

Twitter has already been looking at ways out of this situation. Since 2019, it has been investing in an initiative called Bluesky, which aims to develop an open, decentralized standard for social media which could be used by multiple platforms including Twitter itself.

Facebook’s attempt to move into the “metaverse” is a similar maneuver: avoid having to deal with content and restrictions by building the (proprietary) infrastructure for others to create applications and social spaces.

To try out another “blue-sky” idea for just a moment: if the existing corporate giants were to vacate the social media space, it might leave room for a publicly funded and governed option.

In an ideal world, public service media organizations might collaborate to build international social media services using shared infrastructure and protocols that enable their services to talk to and share content with each other. Or they might build out new social media services on top of the internet we have now—requiring the commercial players to ensure their platforms are interoperable would be an essential part of that.

Of course, either way, this model would ultimately require taxpayer support and serious, long-term investment. If that were to happen, we might have something even better than a digital town square: a public service internet.

What will Elon Musk’s ownership of Twitter mean for ‘free speech’ on the platform?

Provided by
The Conversation


This article is republished from The Conversation under a Creative Commons license. Read the original article.

Citation:
The ‘digital town square?’ What does it mean when billionaires own the online spaces where people gather? (2022, April 27)
retrieved 27 April 2022
from https://techxplore.com/news/2022-04-digital-town-square-billionaires-online.html

Denial of responsibility! TechNewsBoy.com is an automatic aggregator around the global media. All the content are available free on Internet. We have just arranged it in one platform for educational purpose only. In each content, the hyperlink to the primary source is specified. All trademarks belong to their rightful owners, all materials to their authors. If you are the owner of the content and do not want us to publish your materials on our website, please contact us by email – [email protected]. The content will be deleted within 24 hours.
billionairesdigitalgadget updateGatherOnlinepeopleSpacesSquare
Share FacebookTwitterGoogle+ReddItWhatsAppPinterestEmail

One in five reptile species threatened with extinction