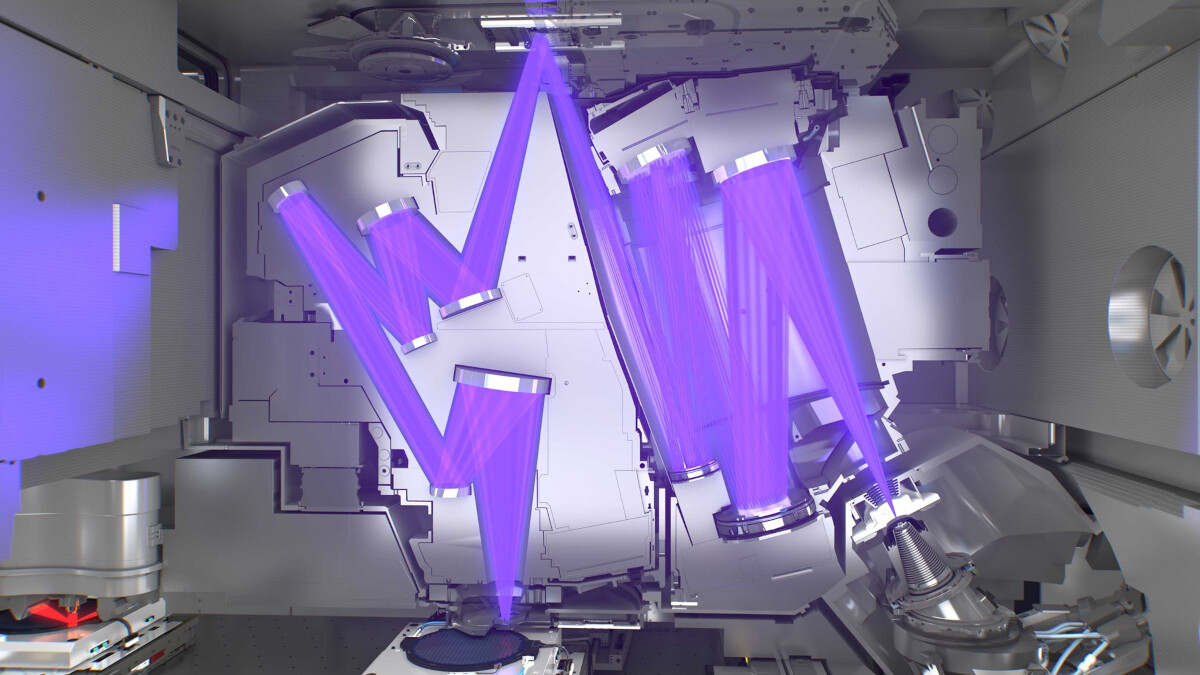 The Dutch are tired of helping the U.S. block China from buying advanced chipmaking gear

While China wants to be self-sufficient when it comes to the production of chips, the U.S. has come up with ways to prevent this from taking place. One way that the U.S. has accomplished this is by pressuring the Netherlands to prevent Dutch firm ASML from shipping its most advanced lithography machines to China. These large and expensive machines are necessary when it comes to the production of cutting-edge chips.

The U.S. ban on selling EUV machines to China is hurting the Netherlands’ economy

What these lithography machines do is etch circuitry patterns on a wafer. Considering that powerful mobile chips have billions of transistors inside, these patterns have to be thinner than human hair. The most advanced lithography machines use a process known as Extreme Ultraviolet Lithography (EUV) and each machine costs $150 million, has 100,000 parts, and weighs close to 200 tons. These machines are available only from Dutch company ASML.

As big as a school bus and priced at $150 million each, this is an ASML EUV machine

The next most advanced method of lithography is known as Deep Ultraviolet Lithography (DUV) and ASML also manufactures these machines along with other firms like Nikon, and Canon. These machines can be purchased by Chinese chipmakers.

Dutch officials are beginning to get upset at the restrictions put in place by the U.S. that prevent ASML from selling EUV machines to China. A senior Dutch official said that the Netherlands will defend its economic interests when it comes to selling chip-making equipment to China.
According to the English-language South China Morning Post, the Netherlands is tired of giving up revenue just to help America enforce its restrictions on China. On Tuesday, Dutch Foreign Trade Minister Liesje Schreinemacher told lawmakers that “It is important that we defend our own interests – our national safety, but also our economic interests. If we put that in an EU basket and negotiate with the US and in the end, it turns out we give away deep ultraviolet lithography machines to the US, we are worse off.”
The Netherlands is looking to embrace China as a trading partner and is becoming less interested in listening to American concerns about China building its own chips for military use. No EUV machines have been sold to the Chinese by ASML, and the U.S. is now trying to get the Dutch to ban sales to China of immersion lithography technology, the most advanced type of Deep Ultraviolet Lithography (DUV) equipment that ASML offers.

The Biden administration is trying to get U.S. allies including the Netherlands and Japan to block shipments of more chip-making equipment to China. A trip to the Netherlands is scheduled later this month for Alan Estevez, the undersecretary of commerce for industry and security. He hopes to discuss export controls with Dutch officials.

The Chinese have been putting their own pressure on the Netherlands. Last week, during the G-20 meeting, Chinese President Xi Jinping spoke with Dutch Prime Minister Mark Rutte and urged him to avoid disrupting global trade. Xi stated, “We must oppose the politicization of economic and trade issues and maintain the stability of the global industrial chain and supply chain.”

The largest chip foundry firm in China is SMIC and the company remains no challenge at all, at least at this time, to global process leaders TSMC and Samsung Foundry. While the foundry did develop basic 7nm chips, these components are for cryptocurrency mining and are a “stepping stone” for SMIC toward the production of “true” 7nm chips with logic and certain memory capabilities. SMIC’s ASIC chips are made for specific applications only such as mining for cryptocurrency.
While SMIC might be able to eventually make more complex 7nm chips without using a EUV machine, going to 5nm without the $150 million part might not be doable. At that point, the Netherlands will really have to make a tough decision with the U.S. talking to it in one ear and the Chinese whispering in the other.

Denial of responsibility! TechNewsBoy.com is an automatic aggregator around the global media. All the content are available free on Internet. We have just arranged it in one platform for educational purpose only. In each content, the hyperlink to the primary source is specified. All trademarks belong to their rightful owners, all materials to their authors. If you are the owner of the content and do not want us to publish your materials on our website, please contact us by email – [email protected]. The content will be deleted within 24 hours.
advancedblockbuyingChinachipmakingDutchgadget updategear
0
Share FacebookTwitterGoogle+ReddItWhatsAppPinterestEmail

Save £60 on Nintendo Switch OLED, Pokemon Scarlet and Pokemon Violet!

Google issues urgent Gmail warning to all users – do not ignore…

Google issues urgent Gmail warning to all users – do…