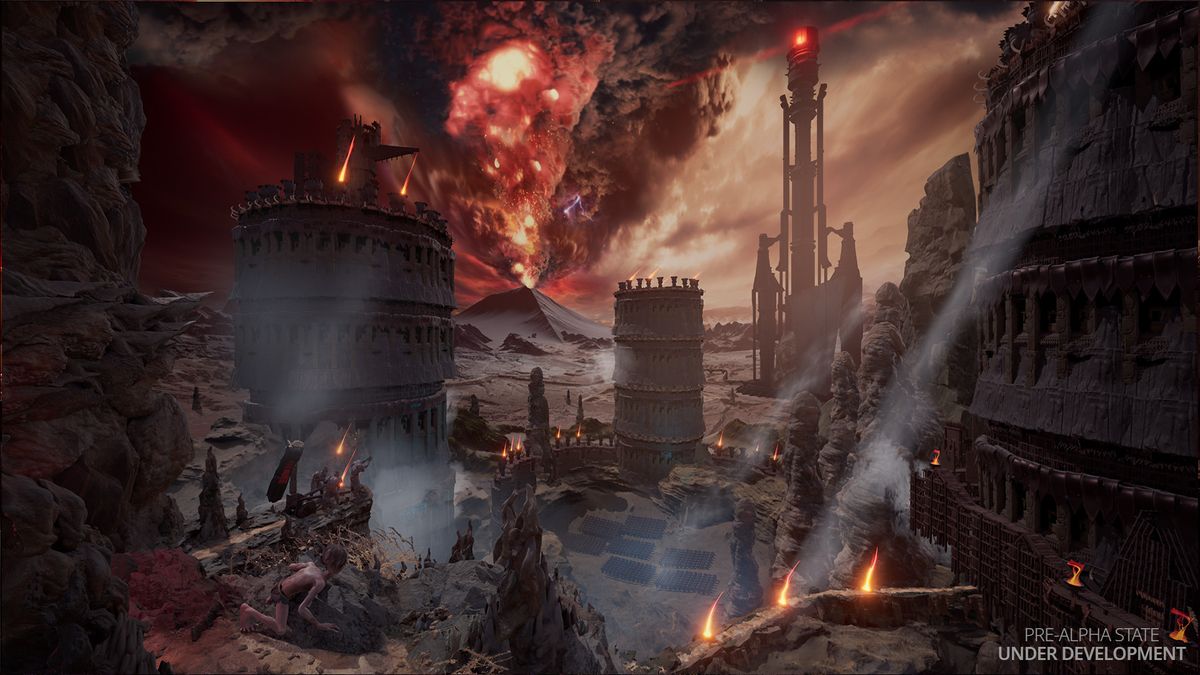 The Lord of the Rings: Gollum is still on track for its ‘fall 2022’ release window

The Lord of the Rings: Gollum developer, Daedalic Entertainment, has reaffirmed its commitment to a “fall 2022” release window for the game.

In a new FAQ posted to the game’s Steam page, the developer states, “Our current target to release the game is Fall 2022”, which lines up with the window that was revealed in a trailer back in July 2021. The Lord of the Rings: Gollum is a game that’s no stranger to delays, having been pushed from 2021 into 2022 in January of last year, but this fresh reiteration of the window is a promising sign that things are on track.

Elsewhere in the FAQ, Daedalic Entertainment confirms that “all elements” of the game have been “approved by Middle-earth Enterprises (the exclusive rights holders to motion picture, merchandising, stage, services and other rights to The Lord of the Rings and The Hobbit books) in order to ensure that the game is accurate to the underlying work of Tolkien.”

As for where the game slots into canon, its story sits “parallel to the early chapters of The Lord of the Rings from Gollum’s time in Mordor, his capture by Sauron and his interrogation by Gandalf.”

The game is, however, trying to carve its own space, distinct from other The Lord of the Rings adaptations. Gollum, for instance, won’t look like Peter Jackson’s version of the character and the FAQ explains that the team “wanted to create our own unique interpretation of the world and its characters. As such, The Lord of the Rings: Gollum is original while being true to the literary source material.”

When The Lord of the Rings: Gollum eventually launches later this year, it’ll be playable on PlayStation 4, PlayStation 5, Nintendo Switch, Xbox One, Xbox Series X/S, and PC.

It feels like delay announcements are pretty common at the moment, the most recent being Bethesda’s announcement that Starfield and Redfall are being pushed into 2023. It’s nice, then, to see a release window reaffirmed, especially one that’s really quite soon.

As for when we’ll learn an exact release date, we can’t be sure. We are, however, approaching a busy period for news and updates in the games industry with Summer Game Fest due to kick off in June, bringing with it a whole host of exciting streams from developers and publishers.

We don’t know whether or not we’ll see a further update on Lord of the Rings: Gollum over the course of the month but the FAQ does state that more news on gameplay is coming “soon” and promises that the page will be updated with more information “throughout the upcoming weeks” which bodes well.

The team hasn’t exactly been shy around the game over the last year — we last got a new trailer during last year’s Game Awards in December and before that the game made an appearance with some gameplay during the March 2021 Future Game Show.

The official The Lord of the Rings: Gollum Twitter account also revealed that the game was presented to press and other invitees at Nacon’s Big Ben Week earlier this month, with a promise that “more details will be shared soon” so it really does feel like an update could be just around the corner.

Denial of responsibility! TechNewsBoy.com is an automatic aggregator around the global media. All the content are available free on Internet. We have just arranged it in one platform for educational purpose only. In each content, the hyperlink to the primary source is specified. All trademarks belong to their rightful owners, all materials to their authors. If you are the owner of the content and do not want us to publish your materials on our website, please contact us by email – [email protected]. The content will be deleted within 24 hours.
fallgadget updateGollumLordreleaseRingstech boytech news
Share FacebookTwitterGoogle+ReddItWhatsAppPinterestEmail

Start-Up Funding Falls the Most It Has Since 2019

Explained: What is Lockdown Mode on iPhones and how it will work

Start-Up Funding Falls the Most It Has Since 2019