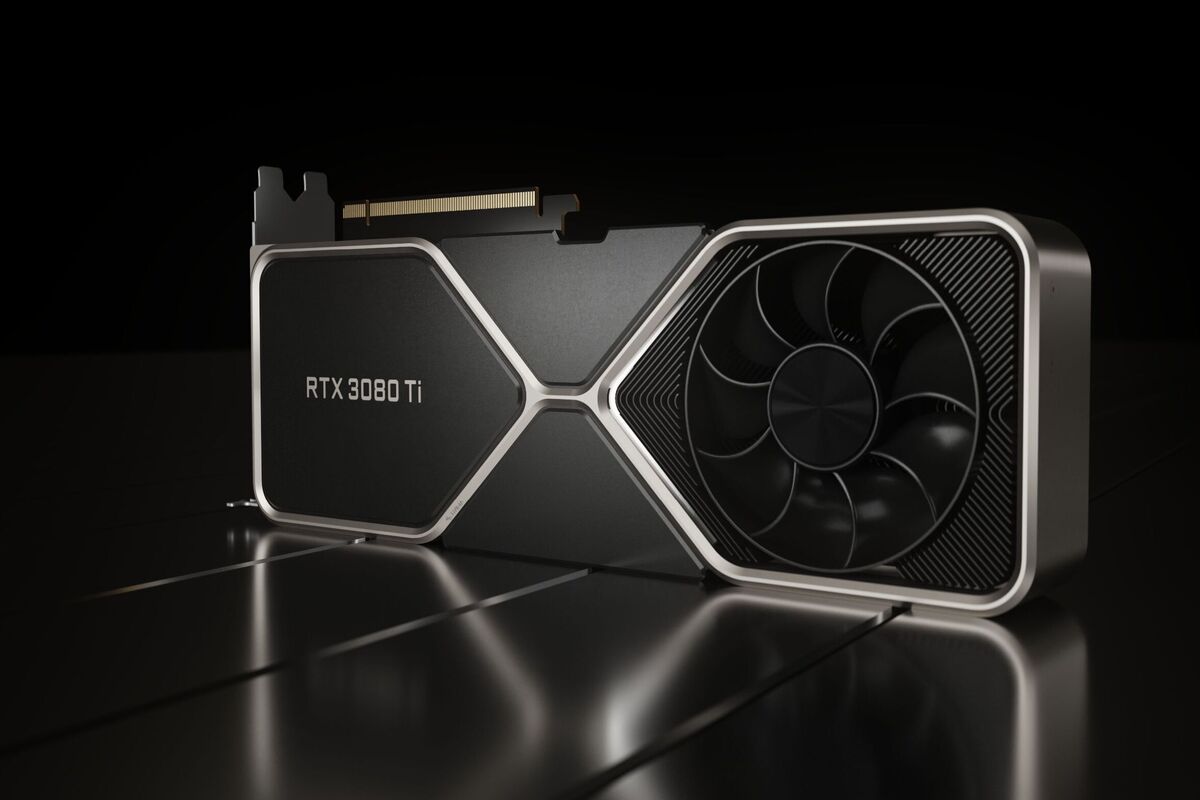 The months of rumors can finally end. Nvidia officially announced the long-awaited GeForce RTX 3080 Ti during its Computex keynote late Monday night, and this $1,200 graphics card looks like an utter beast. The $600 GeForce RTX 3070 Ti also made its debut with faster GDDR6X memory.

All eyes are on the RTX 3080 Ti, though. Nvidia dubbed it GeForce’s “new gaming flagship” as the $1,500 RTX 3090 is built for work and play alike, but the new GPU is a 3090 in all but name (and memory capacity). While Nvidia didn’t go into deep technical details during the keynote, the GeForce RTX 3080 Ti’s specifications page shows it packing a whopping 10,240 CUDA cores—just a couple hundred less than the 3090’s 10,496 count, but massively more than the 8,704 found in the vanilla 3080. Expect this card to chew through games on par with the best, especially in games that support real-time ray tracing and Nvidia’s amazing DLSS feature.

The memory system can handle the ride, as it’s built using the RTX 3090’s upgraded bones. The GeForce RTX 3080 Ti comes with a comfortable 12GB of blazing-fast GDDR6X memory over a wide 384-bit bus, which is half the ludicrous 24GB capacity found in the 3090, but more than enough to handle any gaming workload you through at it. That’s not true with the vanilla RTX 3080, which comes with 10GB of GDDR6X over a smaller bus, as rare titles (like Doom Eternal) can already use more than 10GB of memory when you’re playing at 4K resolution with the eye candy cranked to the max. The extra two gigs make the RTX 3080 Ti feel much more future-proof. AMD’s rival $1,000 Radeon RX 6900 XT comes with 16GB to match the new gaming consoles but it’s of the slower GDDR6 non-X variety.

Speaking of memory, it’s the star of the show with the $600 GeForce RTX 3070 Ti. Nvidia’s specification page shows it with 6,144 CUDA cores, or barely more than the 5,888 found in the non-Ti 3070. But the 8GB of onboard memory is upgraded from GDDR6 to GDDR6X in the Ti variant. If the RTX 3070 Ti winds up appreciably faster in games, especially at 4K resolution, it’ll be due to the memory. (Our original RTX 3080 review explained what you need to know about the cutting-edge GGDR6X chips.)

Don’t expect LHR to work miracles in the short term, however. These graphics cards will most likely sell for hundreds of dollars more than their stated MSRPs when they hit the streets, since even ancient used graphics cards are going with huge mark-ups right now. Your best chance of getting one at a sane price is by beating scalper bots (and hordes of other desperate gamers) to the checkout page the millisecond these GPUs drop. Look for the GeForce RTX 3080 Ti to arrive on June 3—just two days from now—and the RTX 3070 Ti to release on June 10.

Denial of responsibility! TechNewsBoy.com is an automatic aggregator around the global media. All the content are available free on Internet. We have just arranged it in one platform for educational purpose only. In each content, the hyperlink to the primary source is specified. All trademarks belong to their rightful owners, all materials to their authors. If you are the owner of the content and do not want us to publish your materials on our website, please contact us by email – [email protected]. The content will be deleted within 24 hours.
flagshipgadget updategamingGeForcemonstrousNvidiasRTXtech boy
Share FacebookTwitterGoogle+ReddItWhatsAppPinterestEmail

Stars made of antimatter could lurk in the Milky Way

Connectivity and flexibility deemed vital for the future of small businesses