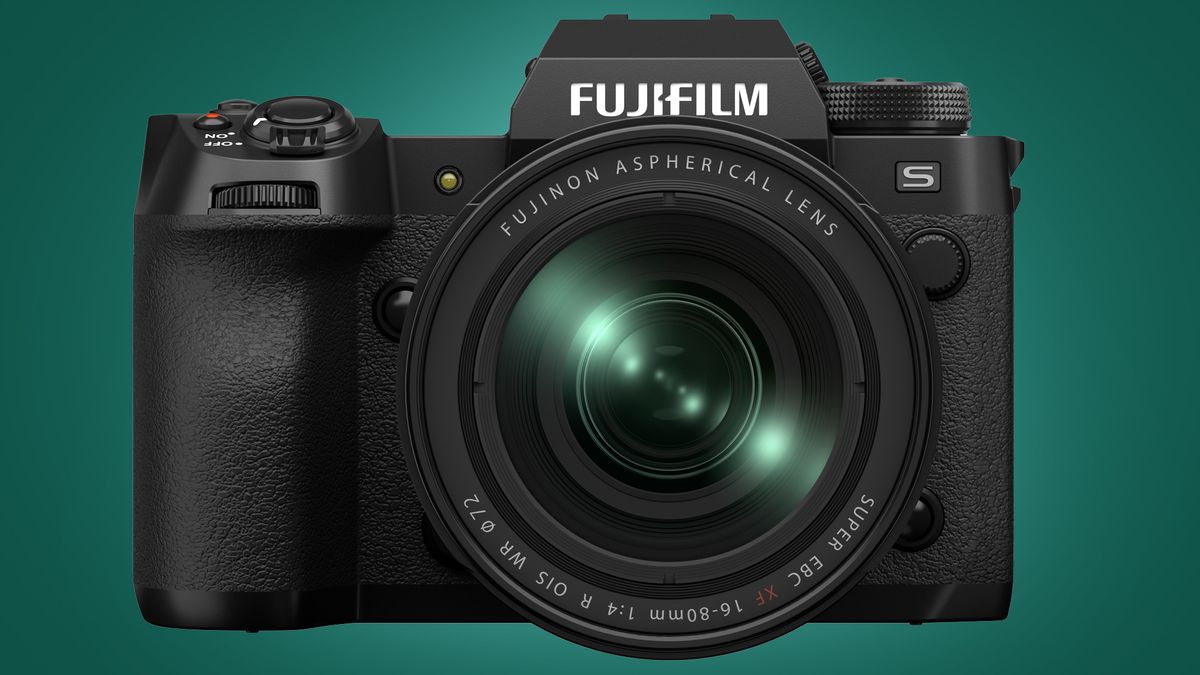 Fujifilm has just pulled the covers off its next-gen X-series mirrorless camera – and the X-H2S is the most powerful camera it’s ever made. In fact, the X-H2’s new stacked APS-C sensor means it offers similar shooting speeds to the Nikon Z9 for less than half the price. (Want to jump straight to our early verdict? Read our hands-on Fujifilm X-H2S review).

The caveats here are that the Fujifilm X-H2S has a smaller APS-C sensor than the full-frame Nikon Z9, and we don’t yet know exactly how its upgraded autofocus – which has new subject-detection powers – will perform in the wild. But on paper the X-H2S is certainly one of the most powerful cameras in its weight class, and that includes the new Canon EOS R7.

The X-H2S is the first camera to pair Fujifilm’s new stacked, back-illuminated 26.16MP X-Trans CMOS 5 HS sensor with the new X-Processor 5. Together, these unlock some pretty impressive new photo and video powers.

The headline spec is the camera’s ability to shoot at an extremely rapid 40fps when using its electronic shutter. This is with full autofocus and autoexposure, and the X-H2S can shoot uncompressed raw files for over three seconds at those speeds before its buffer starts to fill up. By comparison, the Canon EOS R7 can only shoot for just over a second at 30fps when shooting lossless raw files.

Switch to the X-H2S’s 20fps continuous shooting mode and its buffer is effectively unlimited for raw files, making it a potential contender for the title of best wildlife photography camera. The speeds when using the mechanical shutter are a maximum of 15fps, though Fujifilm says the downsides of using an electronic shutter (like rolling shutter) are minimal thanks to the new stacked sensor.

Perhaps the most long-awaited improvement the X-H2S brings to the X-series is autofocus performance. We’ll have to wait to see how the AF system performs in the real world, but on paper it’s a big step up from the systems on current models like the Fujifilm X-T4. Thanks to the new processor, sensor and AF algorithms, you get subject-detection for humans (faces and eyes), animals, birds, cars, motorcycles, bicycles, airplanes and trains.

These subject-tracking modes are also available for video, which is another strong area for the X-H2S. It can shoot 6.2K/30p video with 4:2:2 10-bit color depth internally, making it a handy tool for pros who like to color-grade their videos in software like Adobe Premiere Pro and DaVinci Resolve. You also get support for three Apple ProRes codecs (ProRes 422 HQ, ProRes 422, and ProRes 422 LT), although you’ll need to use the X-H2S’s CFexpress card slot to shoot in those codecs.

The Fujifilm X-H2S itself is slightly smaller and lighter than its Fujifilm X-H1 predecessor, which arrived back in 2018. At 660g it’s significantly easier to ferry around than a full-frame beast like the Nikon Z9 (1.34kg), though it is a pretty big lump compared to the rest of the X series.

On the plus side, it does bring a 5.76 million-dot EVF with a 0.8x magnification, which is the most premium viewfinder we’ve seen on a Fujifilm camera to date. There’s also an improved in-body image stabilization system that’s good for up to seven stops of compensation, a fully-articulating touchscreen that flips round to the front for video shooters, and a new CFexpress card slot alongside a standard UHS-II SD one.

On paper the Fujifilm X-H2S is exactly what the X series needed – a next-generation flagship that matches the power offered by the latest models from Canon, Nikon and Sony. But does its strong spec sheet mean it’ll be a great camera? We’ll need to spend a little more time with the X-H2S to find out.

Fujifilm’s quandary is that its traditional strengths, like retro styling and a unique control system, are also a potential barrier to attracting new fans from its rivals. The X-H2S represents a watering down of those distinct charms, in favor of raw power like 40fps burst shooting and a more DSLR-like shooting experience.

That combination will definitely hold some appeal for certain types of photographer, particularly those who shoot wildlife, sports and video. But the Canon EOS R7 has stolen its thunder somewhat in that department, with its cheaper $1,499 / £1,349 / AU$2,349 price tag, and there are already some excellent full-frame cameras like the Canon EOS R6 and Sony A7 IV to satisfy the more generalist shooter.

With its larger body and PASM (Program, Aperture Priority, Shutter Priority and Manual) controls, the X-H2S hasn’t really been designed for hardcore Fujifilm fans. But what it does do – along with the newly announced XF18-120mm f/4 LM PZ WR and XF150-600mm f/5.6-8 R LM OIS WR lens, and the incoming 40MP sensor – is signal to current Fuji owners, and potential converts, that the company hasn’t been left behind by the recent advances in mirrorless cameras.

Flagship models like the Nikon Z9, Sony A1 and Canon EOS R3 are really designed to be ‘halo’ products for a whole system, rather than big-sellers, and that’s likely also the case for the Fujifilm X-H2S. The interesting thing now will be seeing how much of this new tech will filter down to Fujifilm cameras that most of us can actually afford.

Denial of responsibility! TechNewsBoy.com is an automatic aggregator around the global media. All the content are available free on Internet. We have just arranged it in one platform for educational purpose only. In each content, the hyperlink to the primary source is specified. All trademarks belong to their rightful owners, all materials to their authors. If you are the owner of the content and do not want us to publish your materials on our website, please contact us by email – [email protected]. The content will be deleted within 24 hours.
Fujifilmgadget updateminiNikonpricespeedytech boytech news
Share FacebookTwitterGoogle+ReddItWhatsAppPinterestEmail

Prime Video partners with PUBG for The Boys collaboration