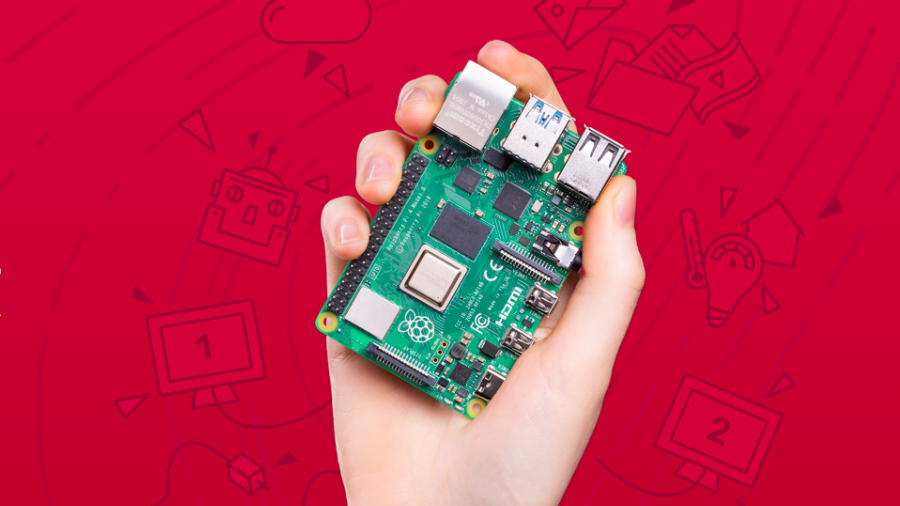 This is the year I conquer the Raspberry Pi

Since the very first model was released almost a decade ago, the Raspberry Pi has tempted and tortured me in equal measure.

As someone with almost no programming expertise and equally few engineering skills, the elaborate creations people come up with (like this Raspberry Pi Pip-Boy or this GLaDOS voice assistant) have made the Pi feel completely inaccessible.

I’ve also been paralyzed by the possibilities these tiny single-board computers open up. As a journalist, I know all too well the tyranny of the white page and blinking cursor, and the Raspberry Pi is the technologist’s equivalent: a blank canvas.

Not even in the peak of lockdown, when I had nothing else to do with my evenings but twiddle my thumbs, could I find the courage to take the plunge. The question was always: where would I even start?

However, with the help of a few online resources, a little advice and a can-do attitude, 2022 will be the year I conquer the Raspberry Pi.

But which Raspberry Pi?

Unfortunately, I’ve chosen to purchase a Raspberry Pi at the worst possible time, in the middle of a global chip shortage and in the aftermath of the Christmas period.

In late December, we reported that the latest Pi models are seriously difficult to come by at the moment, with some retailers estimating they will be unable to ship the Raspberry Pi 4B with 4GB RAM (one of the most popular SKUs) until 2023.

The combination of chip shortage and supply chain bottlenecks limited production to seven million units last year, and Raspberry Pi was also forced to implement its first ever price hike, which saw the cost of the 2GB Raspberry Pi 4 rise from $35 to $45.

However, I won’t allow myself to use cost nor availability as an excuse. An overpriced, second-hand Pi will have to suffice (although we would recommend readers buy first-hand from approved resellers only).

I have no need for an integrated keyboard, so the Raspberry Pi 400 is out of contention, and I’m after more oomph than the Pi Zero can provide. I also like the option to hook up to multiple monitors, so that makes the Raspberry Pi 4B the only sensible choice.

As a beginner, I’m not after the top-spec model with 8GB RAM. So that means I’ll be going for either the 4GB or 2GB model, whichever is available soonest and at the fairest price.

I’ll also need a microSD card to load up Raspbian, NOOBS or another OS, a compatible power supply and a micro-HDMI to HDMI cable. But everything else, I’m already equipped with: a display, mouse, keyboard and PC with SD card reader.

What am I going to do with it?

Once I’ve equipped myself with the necessary hardware, I’ll have to tackle the most daunting question: what should I do with my new Raspberry Pi? It’s easy to get lost in a world of possibilities, after all.

Although Raspberry Pis can be used as the foundation for all manner of weird and wonderful creations, a simpler first project would be to create a private cloud, web server, VPN or NAS system. This kind of thing will be my first port of call.

The beauty of turning a Raspberry Pi into a VPN server or NAS is that no real coding is required, just a few command line prompts (and a hard drive, in the latter case) that can be found easily online. The same can be said for using the Pi as a retro games console or voice assistant.

However, there’s only so far I can go without getting my hands dirty with Python, the programming language behind many custom Pi projects. All Raspberry Pis come with an in-built IDE for Python, so they’re an ideal tool for the learner (this is where the concept originated).

Of course, I don’t need a Pi to learn how to code in Python; it’s a cross-platform language, so any computer will do. But sometimes a new gadget provides the perfect motivation, and the usually low-cost Pi is ideal for this purpose.

Once someone has become proficient in Python, there’s almost no end to the possibilities, especially when combined with a little electrical engineering knowledge. A lot of the fun surrounds the Pi’s GPIO pins, which can be used to incorporate sensors, motors, switches, lights and other peripherals into a custom build.

Using Python to program these pins, the Pi can be turned into an LED clock, smart home control system, pirate radio station and hundreds of other useful (and not-so-useful) creations.

At its worst, technology can be exclusive and deliberately esoteric. If you’re not part of the club, you don’t get to play.

The whole point of the Raspberry Pi was to counteract this effect and make programming more approachable. Ironically, this mission has been hijacked to some extent by hobbyists and computing enthusiasts (through no fault of their own), whose intimidating creations have driven some people away.

It speaks volumes that even I, a so-called technology journalist, have taken so long to work up the courage to jump in. If you’ve been gifted a Raspberry Pi in the past, or over the recent Christmas break, perhaps you’ve found yourself in the same boat.

However, it’s high-time we all remembered what the Raspberry Pi was originally all about. It doesn’t matter so much what I do with it, but more that I’ve had a go at doing something.

I don’t expect my first Raspberry project to win any accolades, or even to function as intended, but we all have to start somewhere.

Denial of responsibility! TechNewsBoy.com is an automatic aggregator around the global media. All the content are available free on Internet. We have just arranged it in one platform for educational purpose only. In each content, the hyperlink to the primary source is specified. All trademarks belong to their rightful owners, all materials to their authors. If you are the owner of the content and do not want us to publish your materials on our website, please contact us by email – [email protected]. The content will be deleted within 24 hours.
conquergadget updateRaspberrytech boytech newstech news boytech updatetechnewsboy
Share FacebookTwitterGoogle+ReddItWhatsAppPinterestEmail

When products die | The eminent death of Blackberry as it comes to the end of its life-cycle- Technology News, Firstpost

iphone: Your iPhone pictures can win you a bar of gold, here’s how – Times of India