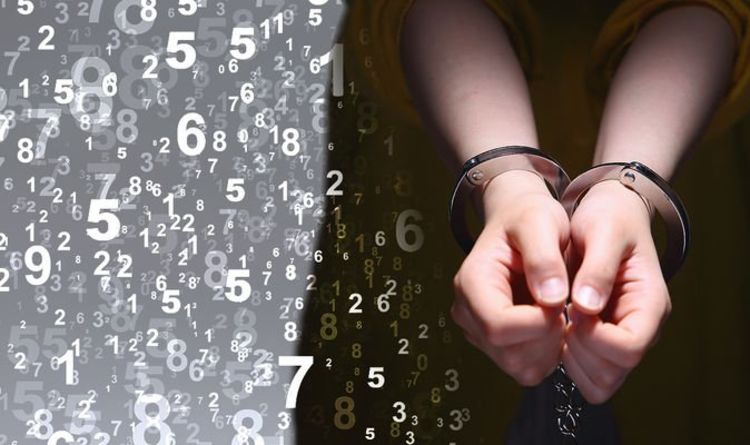 This number is illegal – whatever you do, don’t keep a copy of it

As more and more of our everyday lives become dependent on computer code, these random strings of digits, letters and punctuation are becoming increasingly valuable. So maybe it’s not too surprising that some numbers are now illegal to own.

Keeping a record of this number, where it’s on a series of Post-It notes, your teenage diary, or as a digital file on your computer, is against the law in the United States. Quite how many officers they have checking scrawling to make sure nobody is breaking this law is unknown.

So, why is this particular string of numbers illegal?

Well, it all comes down to encryption. Before the surge in popularity of video streaming services and digital movie rentals, people had to watch the latest Hollywood blockbusters on DVDs. Available to rent from the likes of Blockbuster, these discs were encrypted to stop anyone from renting a film once, copying the movie and saving it to their computer at home to rewatch indefinitely.

After all, that would have killed the lucrative market for DVD sales. DVD copies of movies became available after a brief exclusivity window where the latest films were exclusive to rentals.

For a while, the encryption worked pretty well. But in March 2001, Phil Carmody uncovered the 1,401-digit prime number that unlocks the encryption on DVDs and made wholesale copying possible.

In the United States, the Motion Picture Association of America argued that anyone in possession of the 1,401-digit number could be capable of making an attempt to circumvent copyright. The prime number was made illegal under the Digital Millennium Copyright Act, which criminalises the production and dissemination of tools that could be used to break copyright measures.

The Motion Picture Association of America won a number of cases because a judge ruled that computer code did not constitute protected speech.

This unresolved issue recently flared up again when the FBI demanded that Apple write a new version of its iPhone operating system, iOS, to allow federal agents to break into a smartphone. Granted, it’s unlikely the Motion Picture Association of America will launch a lawsuit against you over the possession of the illegal prime in 2016 – but possession of the digits remains illegal.

These numbers are invaluable when it comes to encrypted – whether it’s used to protect DVDs, your online bank account, or the saved text messages and location data on your smartphone.

Denial of responsibility! TechNewsBoy.com is an automatic aggregator around the global media. All the content are available free on Internet. We have just arranged it in one platform for educational purpose only. In each content, the hyperlink to the primary source is specified. All trademarks belong to their rightful owners, all materials to their authors. If you are the owner of the content and do not want us to publish your materials on our website, please contact us by email – [email protected]. The content will be deleted within 24 hours.
copydontgadget updateIllegalnumbertech boytech newstech news boy
Share FacebookTwitterGoogle+ReddItWhatsAppPinterestEmail

Donald Trump Pulls Own Blog From Internet, Will Not Return Online