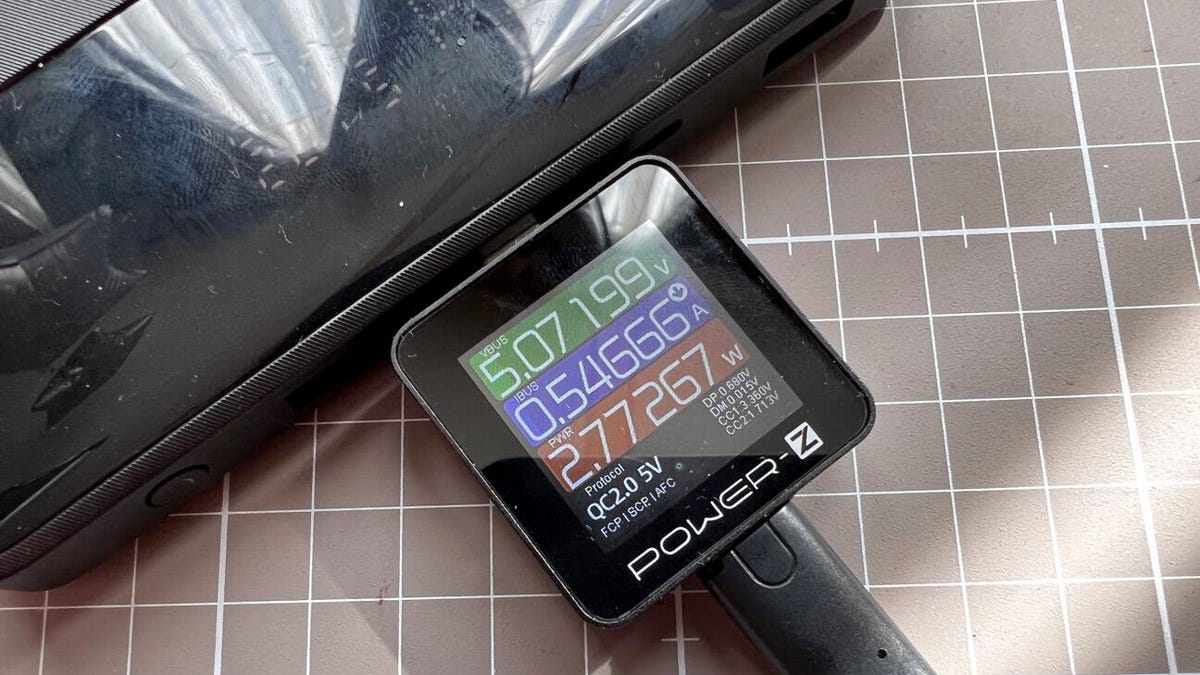 If you spend a lot of time around malfunctioning and misbehaving tech, having a USB tester can save you a lot of time and hassle when it comes to diagnosing problems.

I use a number of different USB meters, but lately, I’ve been turning to ChargerLAB’s POWER-Z KM002C USB-C meter more and more.

Physically, I like the KM002C USB-C meter. It’s a small, tidy setup. The screen is clear and easy to read. The four buttons make controlling it a lot easier than some of the other meters I’ve seen that have rotating dials and tiny click switches on them. Thought has been put into making this very usable.

Which is a good thing.

I often find I’m wasting a lot of time trying to figure out how the meter works, randomly jabbing at buttons and flicking switches. The KM002C is a lot easier in that it has an up button, a down button, an enter button, and a back button.

The ports are good quality too — sometimes these meters are kitted out with poor quality components.

This one is really well made. The last thing I want is USB ports that feel crunchy when I’m plugging them into devices or attaching cables.

The screen is also big, clear, and easy to read. I can switch between a number of color schemes, and I can rotate the display 90 degrees with the tap of a button, which makes it super easy to read no matter how I have it connected.

Tapping a button takes me through the different functions, such as a graphing meter. It’s all easy and intuitive.

Do be aware though that there are some tests you need to be careful about running because they could damage things. This is why it’s important to familiarize yourself as much as possible with the meter before using it and to read what it’s telling you (even if the wording is sometimes a bit… unclear). This is especially true of the test that checks what charging protocols a charger can handle, as shown below. With this test it is important to not have any device connected to the tester other than the charger as it can push damaging voltages down the cable to the device.

In addition to all the power and protocol information that this can give me, two features that I really like are its ability to detect genuine Apple chargers and read the E-Mark chip in USB-C cables.

These are both really handy features that I like having in a single device.

There are other little, thoughtful touches too, like a QR code pointing to the manual built into the meter.

This is a really useful feature, and I wish all meters had this!

There’s also software that allows you to connect the meter to a PC (no Mac support) to log information and allow you to see the data on a bigger screen.

This software is pretty good once you figure your way around it.

One downside I have to point out is the manual.

It’s not the worst I’ve come across by far (in fact, it’s up there as one of the best manuals that come with USB meters), but it’s still not great. A search on YouTube will uncover better instructions for using this meter.

At $99.99, the ChargerLAB POWER-Z KM002C USB-C meter isn’t cheap, but it’s a quality, well-made, functional meter that I find is a cut above the rest. It has features that you won’t find on other USB-C meters, and it’s much easier to use than many of the cheaper meters.

Denial of responsibility! TechNewsBoy.com is an automatic aggregator around the global media. All the content are available free on Internet. We have just arranged it in one platform for educational purpose only. In each content, the hyperlink to the primary source is specified. All trademarks belong to their rightful owners, all materials to their authors. If you are the owner of the content and do not want us to publish your materials on our website, please contact us by email – [email protected]. The content will be deleted within 24 hours.
applechargersgadget updategenuinetech boytech newstech news boytech update
Share FacebookTwitterGoogle+ReddItWhatsAppPinterestEmail