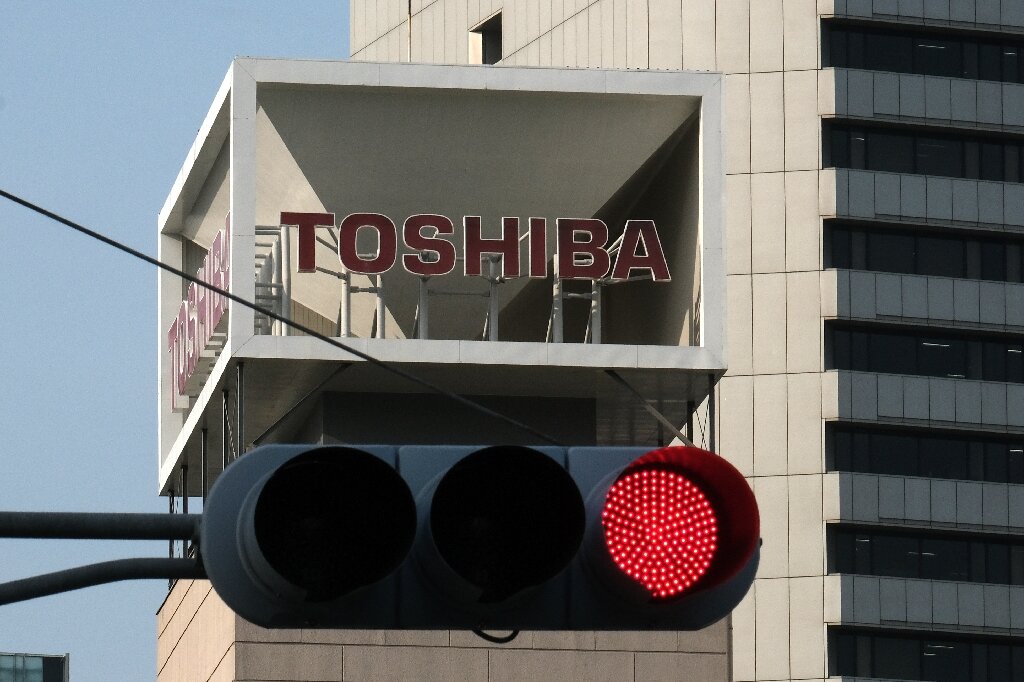 Japan’s Toshiba sought government help to try and influence a boardroom vote proposed by activist shareholders at its last regular annual general meeting, according to an independent probe published Thursday.

The troubled industrial conglomerate “devised a plan to effectively prevent shareholders from exercising their shareholder proposal right and voting rights at the AGM” in July 2020, investigators said.

The meeting, at which the activist shareholders’ resolutions were rejected, was “not fairly managed”, concluded their 140-page report.

It also detailed how Toshiba had pursued an intervention from Japan’s Ministry of Economy, Trade and Industry (METI), which did not respond to a request for comment.

“Toshiba requested METI’s support for the so-called measures to counter the activists at the AGM,” said the report by three law firms, which Toshiba did not immediately comment on.

Toshiba was once a symbol of Japan’s advanced technology and economic power but has lurched from scandals and losses to a recovery in recent years.

The group has worked on its financial woes and strengthened its governance, with a board now composed of mostly external directors.

But it has faced pressure from activist shareholders who want to see faster growth and a clearer long-term strategy.

The probe said Toshiba had worked “so to speak in unison” with the trade ministry to deal with shareholders who were proposing to appoint new external directors at the AGM.

In May 2020, then-CEO Nobuaki Kurumatani met Yoshihide Suga, who at the time was the government’s chief cabinet secretary and is now prime minister, the report alleged.

Suga denied involvement on Thursday, telling reporters: “I am not aware at all. There is no such thing.”

The probe found no evidence that Toshiba had interfered with ballots at the AGM.

“Based on digital forensics and interviews with related parties, there were no circumstances that suggested that Toshiba hid or intentionally did not count voting forms in order to ensure that resolutions would be passed in its favour,” the report said.

The probe was launched after shareholders alleging vote irregularities pushed Toshiba to hold an extraordinary off-schedule general meeting in March.

In April, Kurumatani resigned in a shock move as a now-stalled buyout offer from a private equity fund stirred further turmoil within the firm.

Amir Anvarzadeh, a strategist at Asymmetric Advisors, said the allegations were “hardly surprising as for years Toshiba has used its political connections to get its way”.

“The releasing of the results of the investigation looks to be a big win for Toshiba shareholders and should force in new management and board structure,” he added.

Denial of responsibility! TechNewsBoy.com is an automatic aggregator around the global media. All the content are available free on Internet. We have just arranged it in one platform for educational purpose only. In each content, the hyperlink to the primary source is specified. All trademarks belong to their rightful owners, all materials to their authors. If you are the owner of the content and do not want us to publish your materials on our website, please contact us by email – [email protected]. The content will be deleted within 24 hours.
gadget updategovtinfluenceProbeshareholdersoughttech boytech news
Share FacebookTwitterGoogle+ReddItWhatsAppPinterestEmail

Amazon’s Use of Data Faces Investigation From British Watchdog: Report