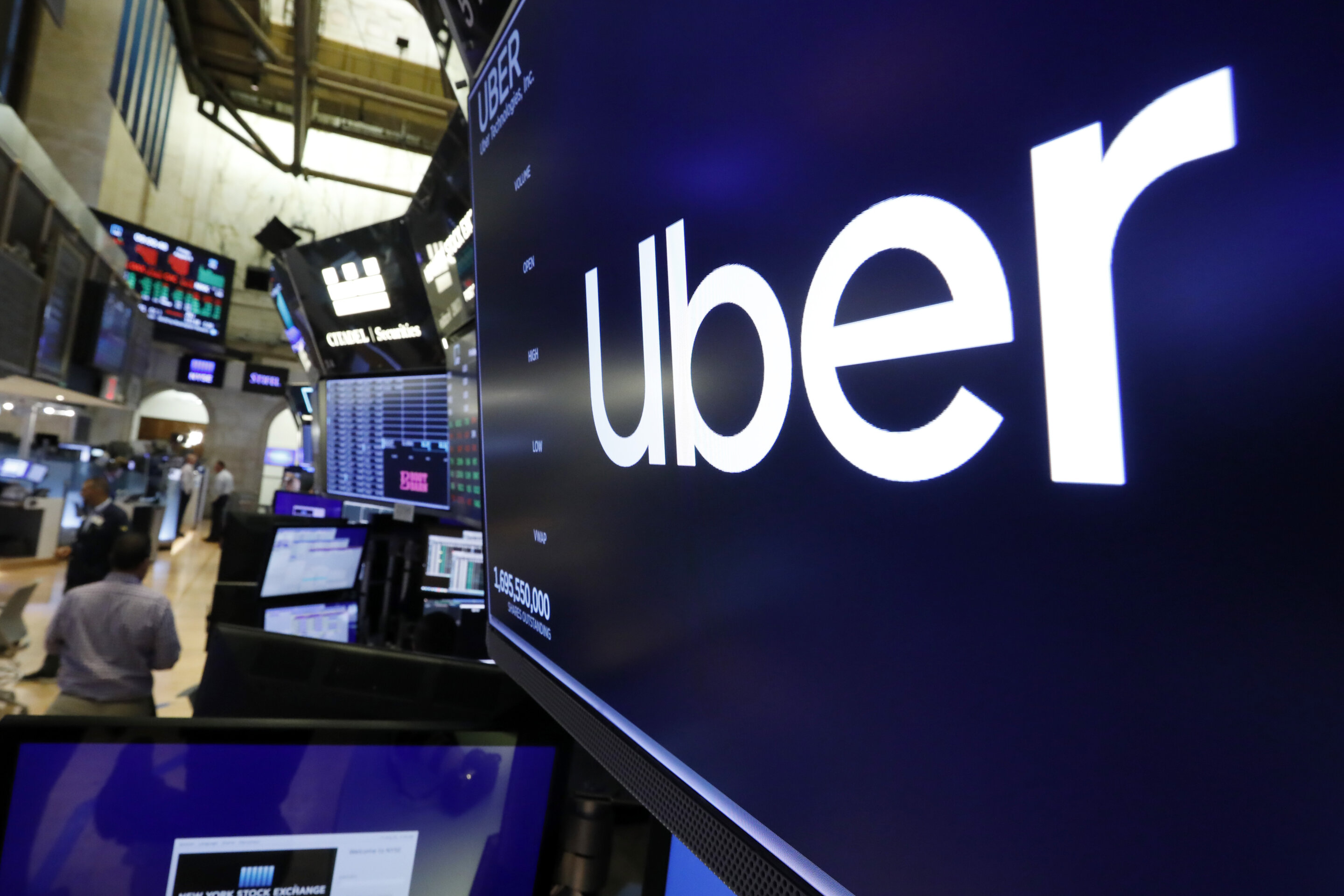 Uber’s effort to meld its pioneering ride-hailing service with food and freight delivery showed progress during the past quarter even though the company sustained a huge loss stemming from a sharp decline in its outside investments.

Looking past Uber’s second-quarter loss of $2.6 billion announced Tuesday, Wall Street celebrated a significant milestone that raised hopes that Uber is on the verge of becoming a self-sustaining business.

The good news arrived Tuesday in the form of a key metric known as free cash flow. Uber generated $382 million in cash during the April-June period, the first quarter in the company’s 13-year history that it did not hemorrhage money.

Uber has now been profitable for four consecutive quarters under a financial yardstick called EBIDA, or “adjusted earnings before interest, taxes, depreciation and amortization.”

By that measure, Uber earned $364 million during the second quarter, breezing past industry analyst projections of $277 million, according to FactSet Research.

Uber still sustained a massive loss that translated into $1.33 per share primarily caused by declines in Uber’s stake in Aurora, a self-driving car company, and a Singapore transportation service called Grab.

CEO Dara Khosrowshahi said Tuesday that he is confident the company will build upon its momentum and possibly surpass a previously set goal of generating $1 billion in free cash flow annually.

Khosrowshahi said he now believes Uber is in its strongest position since he was hired as the company’s top executive nearly five years ago. Khosrowshahi took over after co-founder Travis Kalanick was pushed out amid a series of scandals, from sexual harassment claims and cover-ups, to allegations of stealing self-driving car technology.

Shares of Uber Technologies Inc., based in San Francisco, jumped nearly 17% to around $28.70 Tuesday. The stock is still down by more than 30% this year, and far below its peak of about $64 reached early last year.

The downturn largely reflects ongoing skepticism about whether Uber will be able to keep charging high enough prices for rides and food delivery to consistently make money over the long term. Through most of its history, Uber had been able to lure customers to its services with low prices that were subsidized by the billions of dollars that it raised from venture capitalists and other investors before becoming a publicly traded company in 2019.

Less than a year later, the pandemic hit and demand evaporated as government lockdowns corralled millions at home and people stopped driving.

Elsewhere, passengers are returning to Uber in droves and appear willing to pay for the higher fares that the service is charging even in the face of soaring inflation.

Passengers took a total of 1.87 billion trips on Uber during the spring and early summer, a 24% increase compared with the same time last year. That’s about 21 million trips per day, on average. The volume also surpassed the 1.68 billion passenger trips that Uber provided during the second quarter of 2019 before the pandemic upended everything.

The surge in ridership helped Uber more than double its revenue from the same time last year to nearly $8.1 billion.

Uber’s higher fares and other incentives are making driving for the service a more attractive option, too. Drivers who work exclusively for the ride-hailing service are now making about $37 per hour while those that also spend some of the time on the food delivery side.

Denial of responsibility! TechNewsBoy.com is an automatic aggregator around the global media. All the content are available free on Internet. We have just arranged it in one platform for educational purpose only. In each content, the hyperlink to the primary source is specified. All trademarks belong to their rightful owners, all materials to their authors. If you are the owner of the content and do not want us to publish your materials on our website, please contact us by email – [email protected]. The content will be deleted within 24 hours.
Biggadget updatelosspositivestocksurgestech boytech news
Share FacebookTwitterGoogle+ReddItWhatsAppPinterestEmail

Intel needs to fix 500 bugs in the Sapphire Rapids superchip